News News The challenges of being a w... 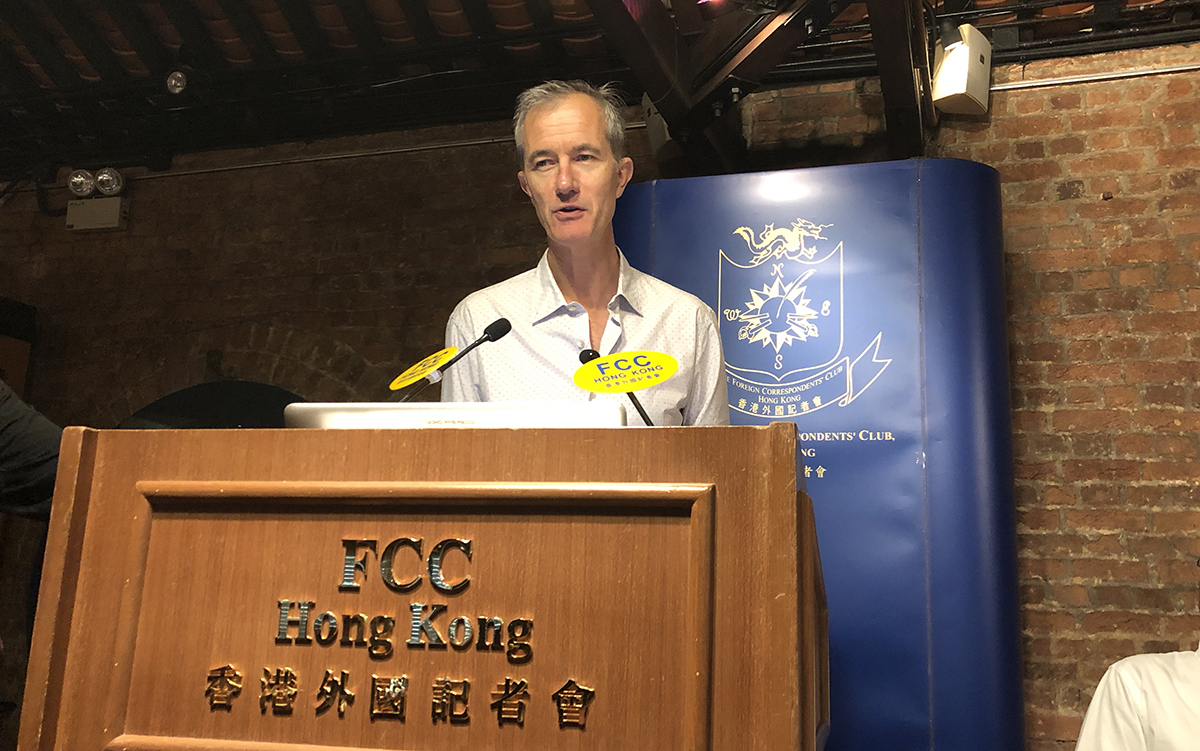 The challenges of being a writer called Geoff Dyer

When you’re a writer trying to find interesting topics to cover, it helps if there’s not another writer with exactly the same name.

Writer Geoff Dyer – no, not that one – talked about his work when he appeared at the FCC. Photo: Sarah Graham/FCC

This has proved both detrimental and beneficial over the years, says author Geoff Dyer – although whether the same can be said for the Financial Times reporter Geoff Dyer is a mystery.

“I feel I should articulate the disappointment that some of you may have felt when it turned out that it was this Geoff Dyer and not the other one,” he said, adding: “Our lives have really overlapped to an embarrassing degree.”

The Geoff Dyer who spoke at the November 1 club lunch (entitled Not a Reporter’: A Lunch with Writer Geoff Dyer) is the author of four novels and numerous non-fiction books – some of which have won literary awards – including travel books Jeff in Venice, Death in Varanasi, and Yoga for People Who Can’t be Bothered to Do It.

One of his other books, Another Great Day at Sea, detailed his short time spent on American aircraft carrier, the USS George H.W. Bush on active service in the Iranian Gulf – a job that was originally commissioned with the other Geoff Dyer in mind, and Dyer’s only attempt at ever being a reporter.

“For me it was, in some ways, the most boring book I’ve ever written, for a very simple reason. It was a bit like doing that most basic kind of journalism whereby you go and stay at a lovely please, you have the experience and then you write up your feelings about it. I had this amazing experience, it was absolutely incredible, so fascinating, then all I had to do really was transcribe the experience which is almost exactly what I’m not interested in doing as a writer. I’m not a reporter.

“It was only really quite late in the day that I started to enjoy it as I could put more and more of a stylistic spin on it,” Dyer said.

A man with a self-deprecating sense of humour, Dyer recalled amusing anecdotes from his career, including the time when he was commissioned by publishers to write a book on tennis but ended up turning in a book on the Russian filmmaker Andrei Tarkovsky.