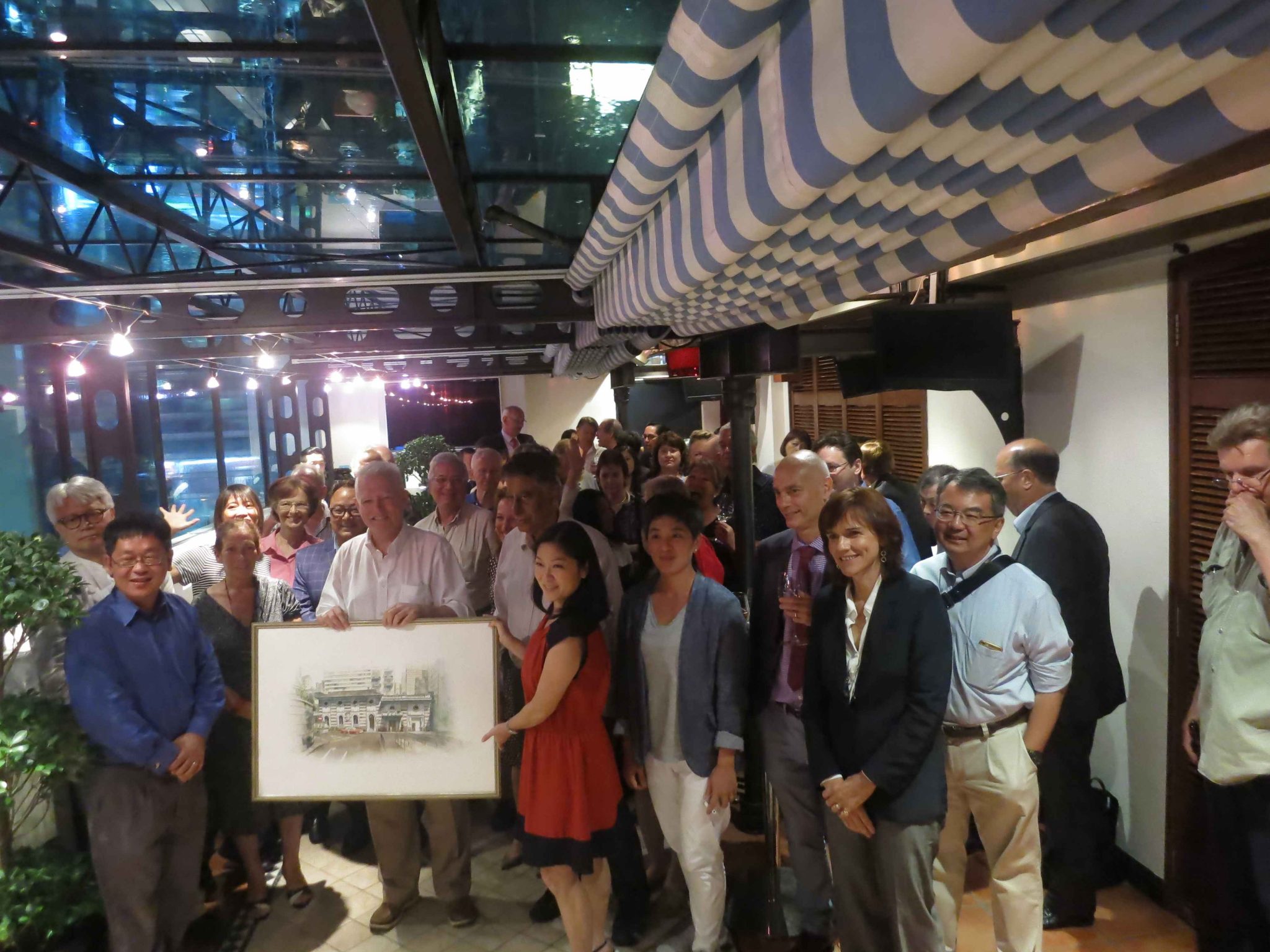 FCC members gathered on Tuesday evening to say goodbye to Francis Moriarty in the traditional way: by raising a few glasses on the verandah.

Francis, a long-time resident of Hong Kong and former political reporter for RTHK, is to embark on a new life in America.

FCC president Juliana Liu presented Francis with a framed painting of the club. But it wasn’t the only gift presented on the night: Francis – founder of the Human Rights Press Awards – gave the club some souvenirs from his time as journalist for the club’s archive.