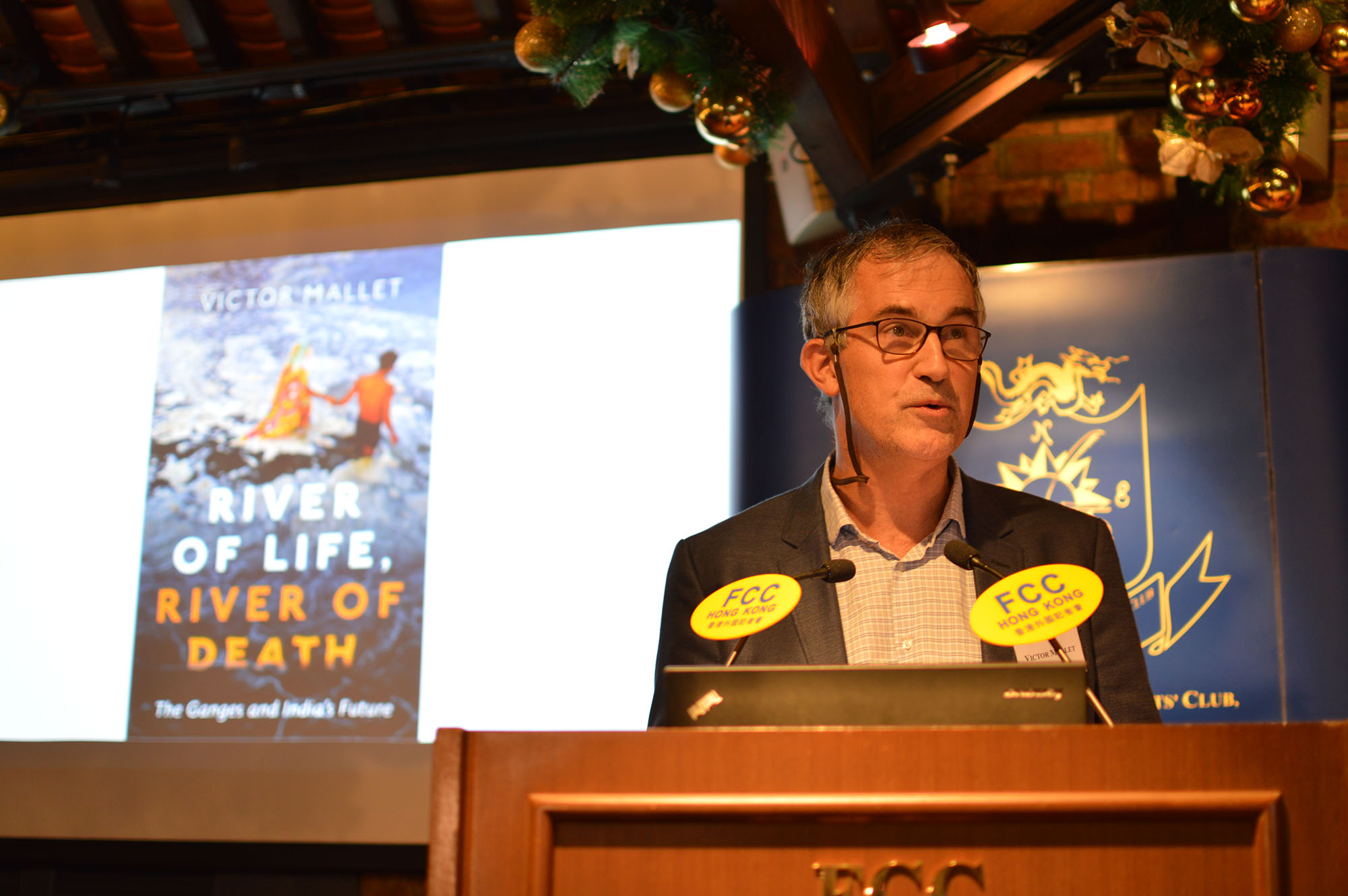 There’s hope for the Ganges but the biggest clean-up push is yet to materialise, says author Victor Mallet

The Ganges – a river so revered that she is worshipped as a goddess by Indians. Yet the world’s third largest river is highly polluted by the 400 million people who live on her banks.

And, ironically, part of the reason for this abuse of the sacred river is its goddess status: many Indians simply believe that there is nothing they can do to harm it, said journalist and author Victor Mallet during a club lunch on his new book, River of Life, River of Death: The Ganges and India’s Future.

The book, the result of years fo research on the environmental issues affecting the Ganges – believed to be the embodiment of Ma Ganga, Hinduism’s mother-goddess – explores how India’s government could derive “co-benefits” in other areas of society by sanitising the river, such as creating jobs and lightening the burden on healthcare.

“Indians are killing the Ganges and, in turn, the Ganges is killing Indians,” Mallet, an FCC board member, explained.

Flowing from the eastern Himalayas, through the Plain of North India and into Bangladesh, the river is now under serious threat from human sewage, toxic waste, antibiotics, fertiliser and pesticides, he said. A series of dams along its course means that, in places, it can sometimes run dry outside of monsoon season. And a lack of accountability within successive Indian governments has played a large part in the decline of the river, Mallet added.

However, Mallet is optimistic that the river can be saved. He draws comparisons with other rivers such as the Thames and the Rhine, once both heavily polluted but now home to thriving ecosystems. He was also hopeful that India’s prime minister, Narendra Modi, would deliver on his promise of cleaning up the river.

“He’s very much committed verbally to doing this,” Mallet said, “but there’s a debate as to whether he could have done more.”

Mallet noted a further problem: that the campaigners he had spoken to in India during his extensive research for the book had turned out to be the same people who had spoken to writers decades before – indicating that “a lot of young Indians are not really engaged in what should be an important mission”.

He concluded: “There are small signs of progress but the biggest push has not started yet.”