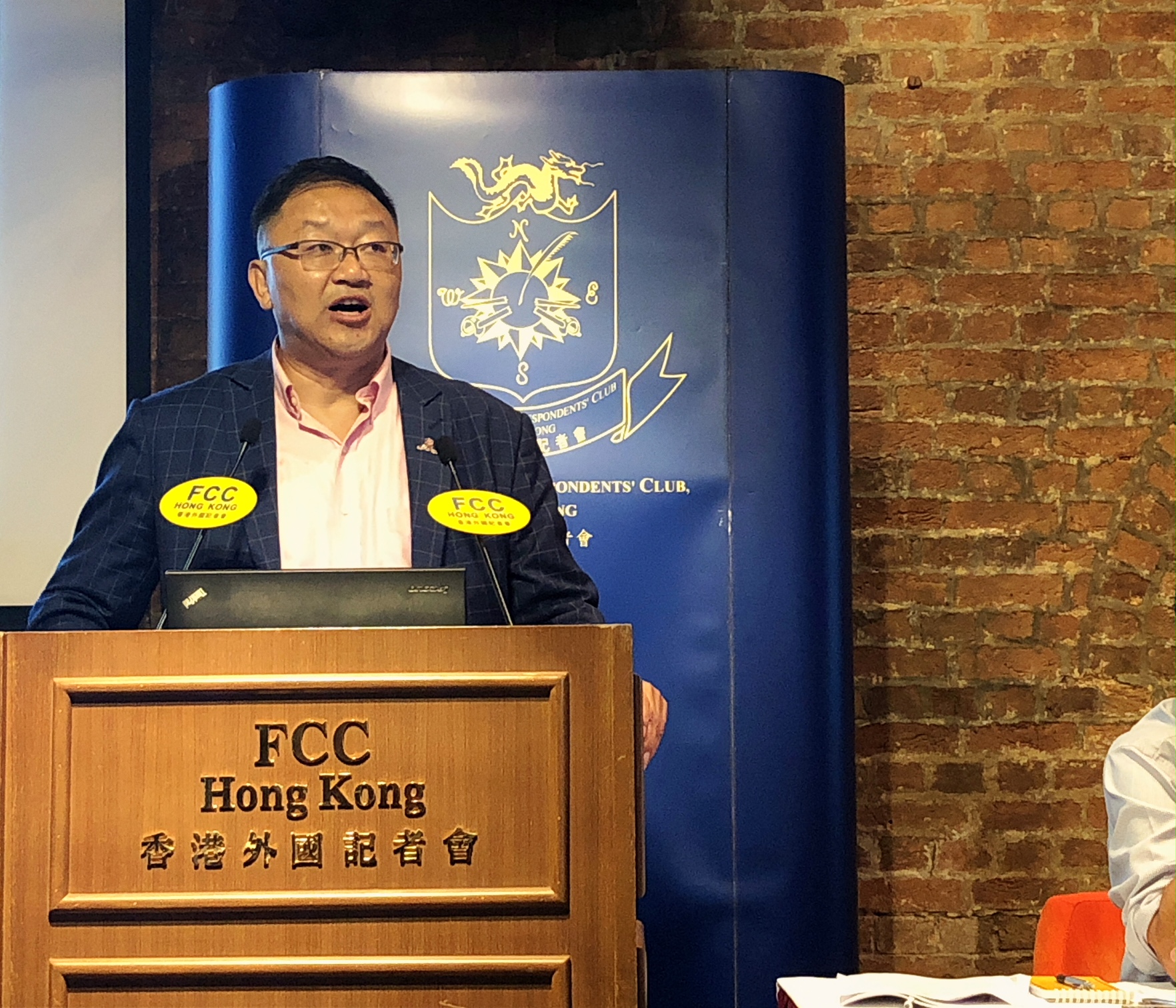 There’s hope yet for Hong Kong when it comes to the race in AI technology, says tech expert

The deindustrialisation of Hong Kong’s tech industry over the last three decades has led to a shortage of talent in the field of Artificial Intelligence (AI), according to an expert who says he hopes increased government funding will plug the gap.

Professor Kam-Fai Wong gave a glimpse of the future at the FCC. Photo: Sarah Graham/FCC

A focus on training and subsequent careers in finance since the 1970s has meant the tech industry has been overlooked by students as an employment choice, says Professor Professor Kam-Fai Wong, of the Faculty of Engineering at The Chinese University of Hong Kong.

This explains why Hong Kong is nowhere to be seen in the top 15 of the Global AI Talent Report 2018, led by the US at number 1, the UK at number 2, with China at number 7, and an appearance for Singapore at number 10.

But Prof Wong was confident that Hong Kong’s close proximity to mainland China would also play a part in ending the deindustrialisation effect still affecting the city. In 2017, China laid out its plans to become the world leader in AI by 2030.

“I’m hoping after a few years there will be a rise in (university) admissions,” Prof Wong, who was recently appointed as one of the first batch of 61 national experts by the Chinese Association for Artificial Intelligence (CAAI), said.

Prof Wong’s talk on August 7, titled Artificial Intelligence: The New Global Arms Race, explored the areas and industries in which AI will – or in some cases already is – benefit the human race. From robot reporters in journalism to creating poems and music, AI will touch all our lives.

But while the march of the robots may make the lives of big business owners easier by cutting out the cost of paying humans to do work that can be automated, such a change will inevitably have an impact on wider society in terms of the types of job left for people.

It was the responsibility of governments, said Prof Wong, to ensure that the right framework was in place for everyone affected by AI.

And what about those wanting to find a job in the future away from robots? Get training in the service industry, said Prof Wong.