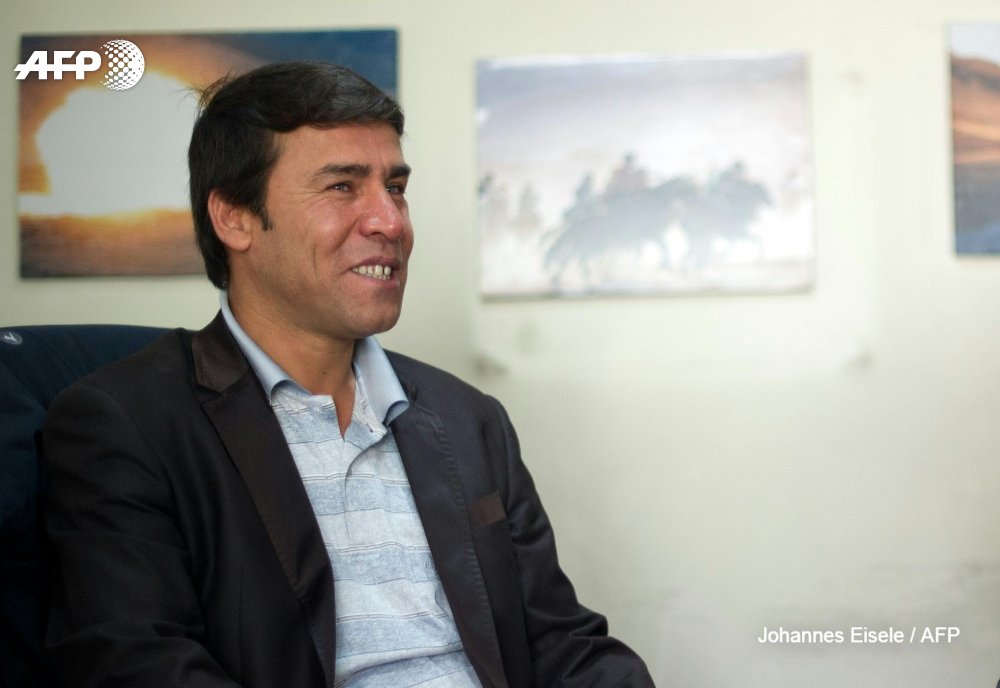 Shah Marai, Agence France-Presse’s chief photographer in Kabul, has died following a suicide bombing in the Afghan capital on April 30.

Marai joined AFP as a driver in 1996, the year the Taliban seized power, and began taking pictures on the side, covering stories including the US invasion in 2001.

In 2002 he became a full-time photo stringer, rising through the ranks to become chief photographer in the bureau. He leaves behind six children, including a newborn daughter.

In a statement posted on Twitter, AFP’s Global News Director, Michele Leridon said the news was a “devastating blow” to colleagues and the organisation.

A statement from AFP Global News Director Michele Leridon on the death of Shah Marai, AFP’s chief photographer in Kabul (Part 1 of 2) pic.twitter.com/QwtLWUBzmm

A statement from AFP Global News Director Michele Leridon on the death of Shah Marai, AFP’s chief photographer in Kabul (Part 2 of 2) pic.twitter.com/LGPBayOE58

News of Marai’s death prompted a flood of tributes on Twitter.

In memory of Shah Marai, AFP’s chief photographer in Afghanistan

A powerful essay from the father of six written written in 2016 that gives an insight into his immense bravery and commitment https://t.co/dotR5lbsjH pic.twitter.com/sG1d09p2gC

“The bomber disguised himself as a journalist and detonated himself among the crowd,” police spokesman Kabul Hashmat Stanikzai said.

On days like this, truth sucks. Truth hurts.
Yes it’s true, and confirmed. Our friend, the great photographer Shah Marai, is among the dead of the second Kabul explosion this morning.
He was doing his job, like he had over two decades.

My heart & thoughts are with those left behind, family, friends & survivors. #KabulStrong pic.twitter.com/I2SFoYA5Nf

In 2016, Marai wrote a blog, When Hope Is Gone, for AFP detailing his life in Afghanistan, and how the return of the Taliban more than a decade after the American invasion in 2001 was once again devastating the country.

“Fifteen years after the American intervention, the Afghans find themselves without money, without work, just with the Taliban at their doorstep,’ he wrote. “I have never felt life to have so little prospects and I don’t see a way out. It’s a time of anxiety.”

Mahfouz Zubaide, a BBC News producer based in Afghanistan, paid tribute to Marai in a piece written for the Corporation’s website.

“Throughout it all Shah Marai was calm, smiling and positive. He was never scared of danger,” he wrote.

A selection of his work pic.twitter.com/YIbK9BU10O