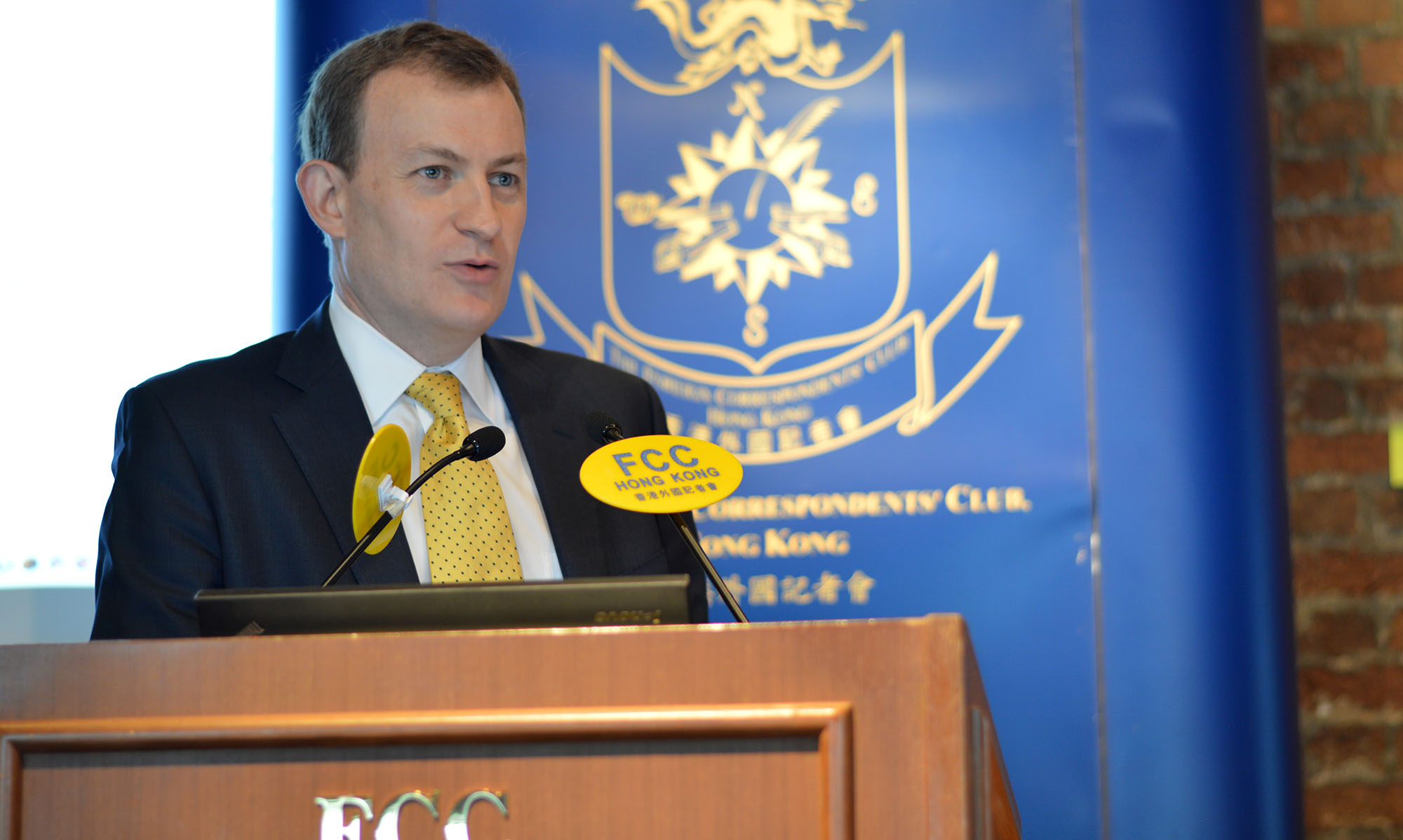 The declaration signed by North Korean leader Kim Jong-un and US President Donald Trump has much symbolism but no substance and brings the DPRK no closer to denuclearisation, says inter-Korean affairs expert Dr Robert Kelly.

The historic summit in Singapore on June 12 produced a “nothing burger” despite the “Trumpian exaggerated rhetoric” that followed, declaring “the nuclear threat is over”, according to Kelly, associate professor in political science at Pusan National University.

In fact, America has effectively exited the process of peace in the Korean peninsula and “dumped it in (South Korean) President Moon’s lap”, he said.

In a lively talk at the FCC on June 21, Kelly shared his frank and often amusing analysis on the much-hyped meeting between the two leaders. He described the declaration, in which Kim committed to complete denuclearisation and Trump pledged security guarantees for the country, as “all talk”.

A closer look at the contents of the declaration shows that the pledges are nothing new, said Kelly.

He pointed out there were no actionable items, no detailed information such as how many missiles North Korea has and where they are, and no timetable. This was “low hanging fruit” and America “got nothing back from the North Koreans”, Kelly said.

“Are the North Koreans going to give up something that is genuinely positively costly to them?” he asked, citing closing gulags and showing missiles being dismantled as examples of real concessions from the DPRK.

Kelly added that his concern was that Trump, who has been nominated for the Nobel Peace prize by his biggest Republican supporters in the House of Representatives, was driven not by the prospect of peace and prosperity for North Korea, but by his desire to set himself apart from his predecessors. Trump also needs the deal for political purposes, he said, as the elections approach.

The club lunch kicked off by showing the Hollywood-style trailer President Trump played to Kim Jong-un at the Singapore summit (watch it below).

Kelly said he thought the video was “Trump the real estate developer” rather than Trump the president, and that it was probably produced because the president did no preparation prior to the meeting and “needed something to fill in the time”.

Answering a question about North Korea and reports that it had once been the world’s biggest currency counterfeiter, Kelly described the country as “an Orwellian gangster fiefdom” that has been referred to by some as the Soprano State, and the Walter White of Asia – a reference to the meth-producing character in the TV series Breaking Bad.