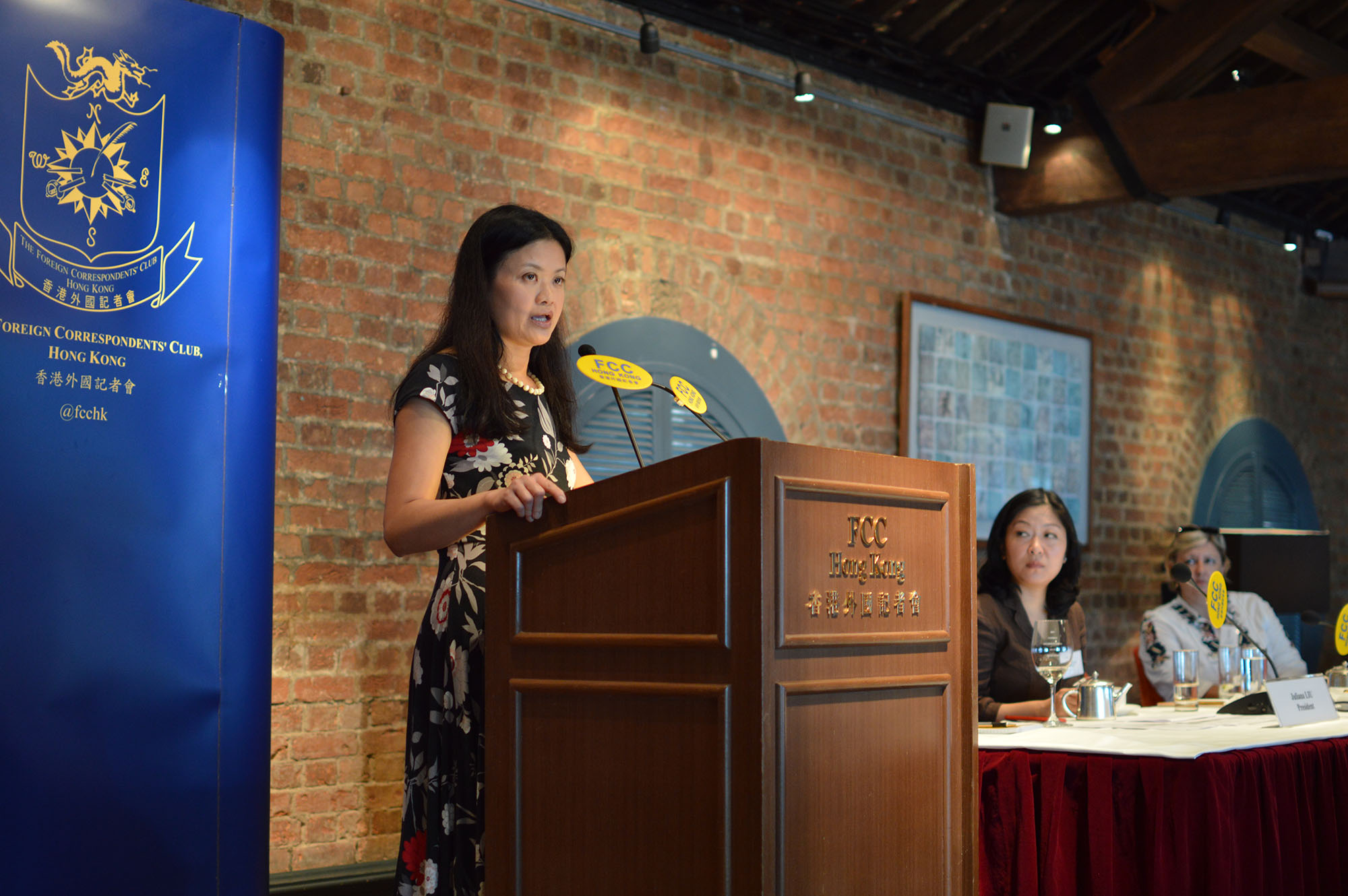 President Donald Trump could have done better in denouncing white supremacists in Charlottesville but he has a tendency to be extremely imprecise, said his supporter and campaigner, Ying Ma.

The question was raised during the August 29 club lunch at which Ms Ma, an author and former deputy director of the Committee for American Sovereignty – a national political organisation formed to support the candidacy of Donald J. Trump – told members why she supported the controversial American president who in recent weeks has been at the centre of a storm over his comments following riots which left one counter-protester dead. Ms Ma said Trump “has a tendency to be extremely imprecise” and his comments – that both sides were to blame for the violence – reflected that.

Ms Ma kicked off her talk by explaining why she believed Americans voted for Trump in last November’s election. She said people were tired of being lectured by the elites about benefits of free trade – the same people who were then losing their jobs as the country’s economic state worsened. She said they were the voters who were also sick of being told they can’t say anything about Islam “except that it’s a religion of peace”. She agreed many who voted for Trump were from disadvantaged areas, and that these were people to whom the Trump political movement had offered a reminder that “average Americans do not need to and shouldn’t have to speak in the same way as politicians” in order to have their concerns heard.

Referring to Trump’s personal style, Ms Ma said he “stabbed political correctness politics in the heart” and that he was a man who “makes a lot of threats, a man who believes in very drastic opening positions”.

If Donald Trump does something that is in fact egregious to me yes, I could see myself withdrawing my support.

Several times Ms Ma, a senior advisor at Avenue Strategies, a government affairs and political consulting firm in Washington, D.C, conceded that she doesn’t always agree with the president’s decision-making, particularly in the case of his Twitter criticism of his attorney general, Jeff Sessions. She said: “One thing I thought was very unseemly was the way he went after his attorney general Jeff Sessions. You don’t go after someone who’s been loyal to you for a very long time and someone who helped you become president.”

When asked whether, in her mind, there could ever be a line over which the president would step that would lead her to stop supporting him, Ms Ma said: “If Donald Trump does something that is in fact egregious to me yes, I could see myself withdrawing my support. I’m not seeing an example of that right now.”

During the talk Ms Ma made a point of highlighting the Trump administration’s successes, including tax and regulatory reform, and the construction of pipeline delivering crude oil across the country whilst creating jobs. She said Trump had “proven himself to be somebody who can make executive decisions” such as the Syria air strikes, and was “less confrontational on the China front than people expected him to be”.

She did, however, concede that Trump had so far failed to repeal former president Barack Obama’s healthcare bill. But she described him as a jobs creator, saying that he would deliver on his campaign promises of negotiating better trade deals and getting rid of cumbersome energy and financial regulations that prevent economic growth.

In response to a question from a member, Ms Ma also commented on former FBI director Robert Mueller’s investigation into alleged Russian interference in the election: “Are you asking if I think the Russian investigation is full of crap? Yes, I do.”