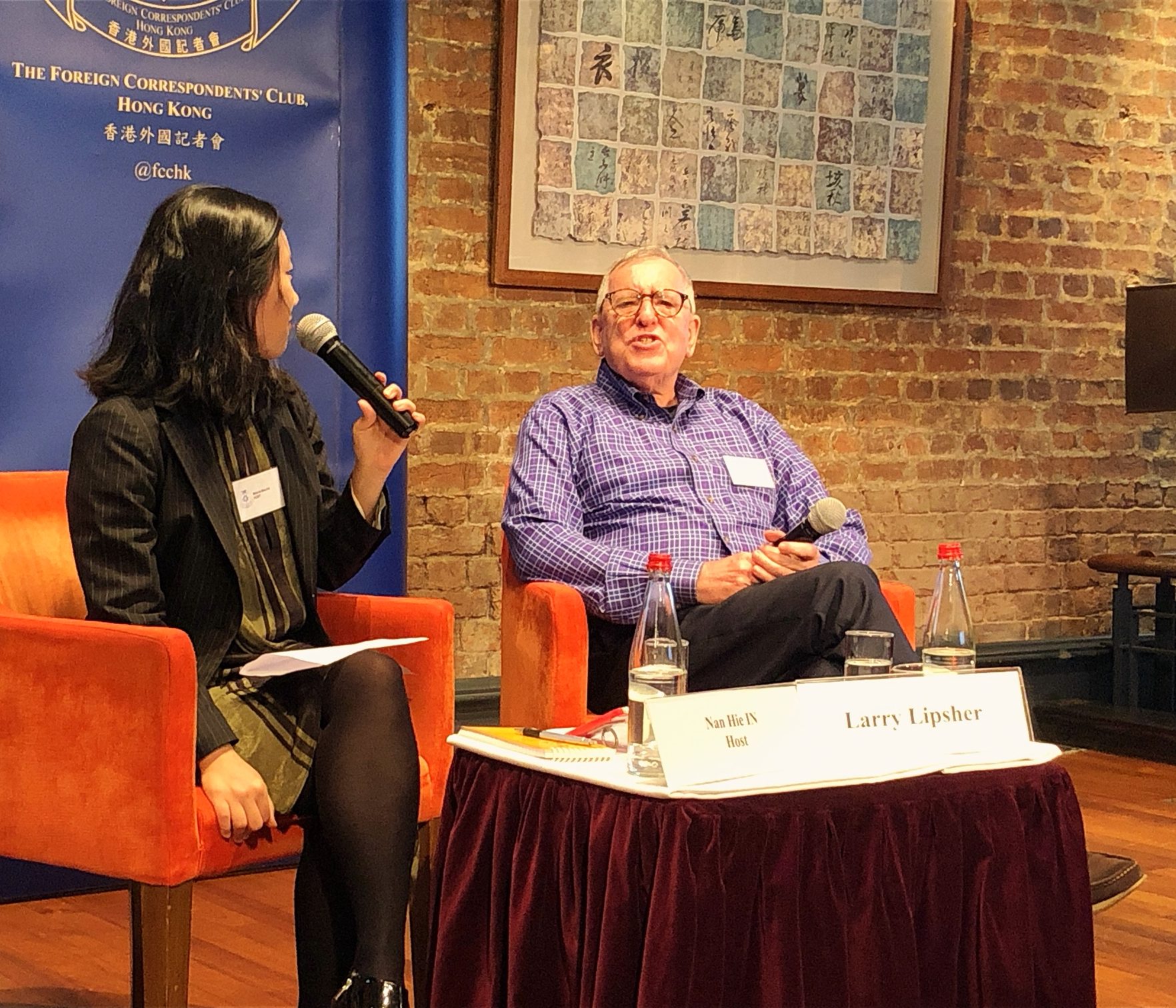 Host Nan-Hie In (left) introduces Larry Lipsher ahead of his talk on Trump’s tax reform at the FCC. Photo: Sarah Graham/FCC

The first act of its kind since 1986, the new Inland Revenue Service (IRS) act introduces “a whole array of new phrases you’ve never heard of before”, Lipsher said as he sought to focus on the law changes that apply to those living outside the United States. What was clear was that Americans filing tax as 10% or more owners of a foreign corporation would lose out under the new legislation, which introduces a quasi-territorial system that allows tax deductions only for domestic corporation owners of foreign corporations.

Confused? Lipsher said the legislation was so cloaked in complicated new terminology that “I defy you to look at it and tell me what the hell it means”.

Lipsher, an American and Hong Kong CPA, has been preparing U.S. tax returns since 1967, said that since its introduction in December 2017, U.S. banks in Hong Kong were reluctant to even open new accounts with customers because “in order to handle this the banks have to have people who understand the IRS terminology”.

“The system has broken down,” Lipsher said, adding: “You, as Americans living overseas, are discriminated against.”

When asked during the March 14 club lunch whether anyone in the senate was defending expats, Lipsher’s answer was simply “no”.

“The problem is democracy in America is under siege. I’m very pessimistic about the future of the taxation system,” he added.