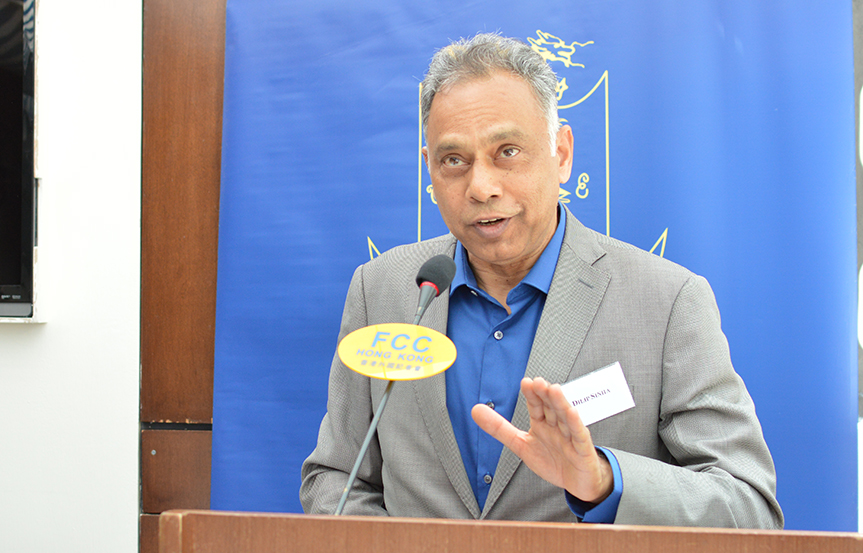 The U.N. Security Council needs to be more representative and democratic if it is to survive a new Cold War, according to a former India Ambassador to the United Nations.

Dilip Sinha was head of India’s UN affairs during its membership of the Security Council (2011-2012). Photo: Sarah Graham/FCC

Created after the end of World War Two, the Security Council’s role was as global peacekeeper. In many instances, it has aptly fulfilled that role in the face of several conflicts to have taken place since its creation. But the dominance of the permanent five members – United Kingdom, China, France, United States and Russia – have brought the council to a deadlock, said Dilip Sinha, with few resolutions being made.

Addressing the March 21 club lunch, Sinha drew on his experience to explain why he felt the permanent five members had incapacitated the Council by aggressively strengthening their global dominance and protecting their spheres of influence.

He said he believed that the world could be witnessing the beginning of a new Cold War, although this one would be very different from the last, and that currently the Council was ineffective when to came to diffusing global tensions.