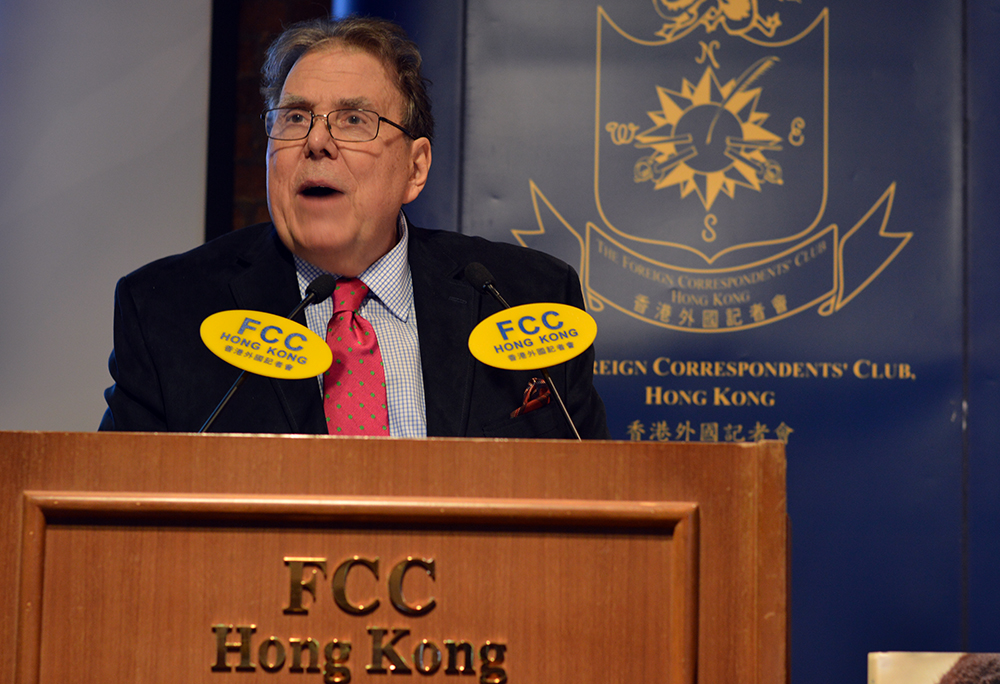 Taking an unblinking look at life, and capturing the moments of our shared humanity are the obligations of every photojournalist, according to a veteran National Geographic photographer.

Steve Raymer talked about life as a photojournalist during a talk at the FCC. Photo: Sarah Graham/FCC

American-born Steve Raymer shared his decades of experience as an award-winning photographer in capturing images of conflict, human migration and trafficking, endangered wildlife, and climate change across Asia. These photos and his recollections are documented in his new book, Somewhere West of Lonely, My Life in Pictures.

Now an emeritus professor of journalism at Indiana University and authority in media ethics, Raymer joined National Geographic in 1972 after completing military service which saw him serve as an artillery officer in Vietnam.

During his career, he covered issues including the famine in Bangladesh, the Chernobyl disaster, and the Soviet occupation of Kabul in Afghanistan. At the January 22 club lunch, Raymer talked about how photojournalism has changed history, in some cases prompting governments to create new policy around issues illustrated by hard-hitting images.

Recently, he said, photojournalism had come under fire for the increasingly explicit nature of images of suffering.

“The whole idea of the photographic truth of a picture is very much under attack in this era of fake news. Pictures can lie when a photographer sets up a picture or situation to make it appear to be an honest photograph.

“We photojournalists are constantly using people as a means to an end… We have to constantly ask ourselves can the ends ever justify the intrusive means of photojournalism? It’s a worthy question,” he said.