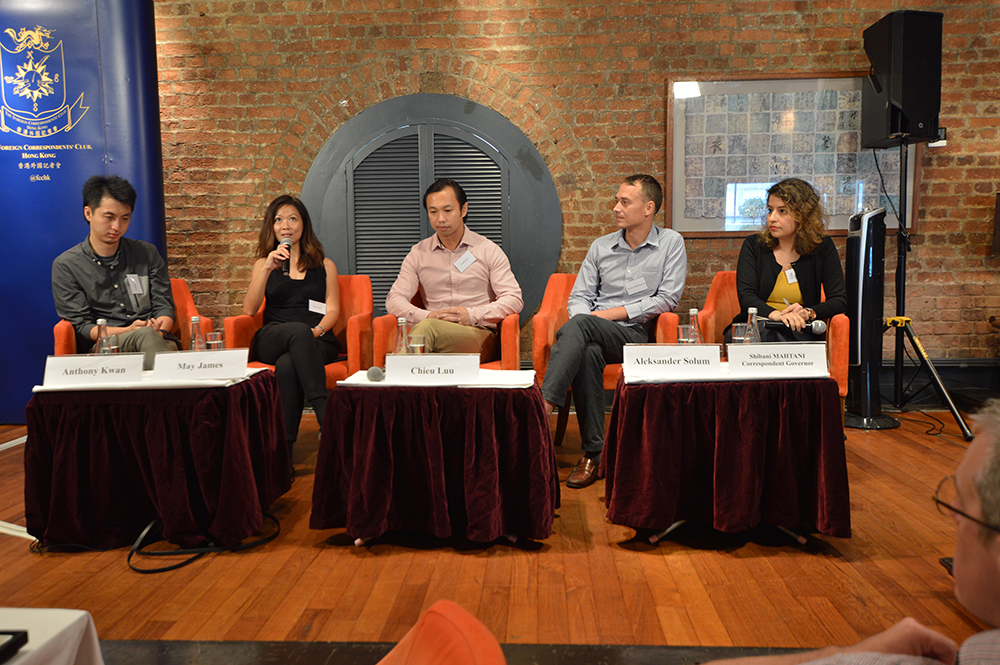 A panel of experienced video and photojournalists shared their on-the-ground experiences of covering the ongoing Hong Kong protests at a discussion on October 15.

The panelists spoke amid increasing concern over the safety of the media covering the protests, after an Indonesian photographer was left blind in one eye from a police bean bag round, and a NowTV driver was allegedly attacked by police and left with injuries.

Joining them on the panel were Chieu Luu, video journalist for South China Morning Post; and Aleksander Solum, a senior video journalist at Reuters Video News. The two men agreed that, when recording while tensions are running high, the safety of their teams remains the top priority.

“I’m in charge of keeping my team safe – no shot is worth one of my team members getting hurt,” Chieu said.