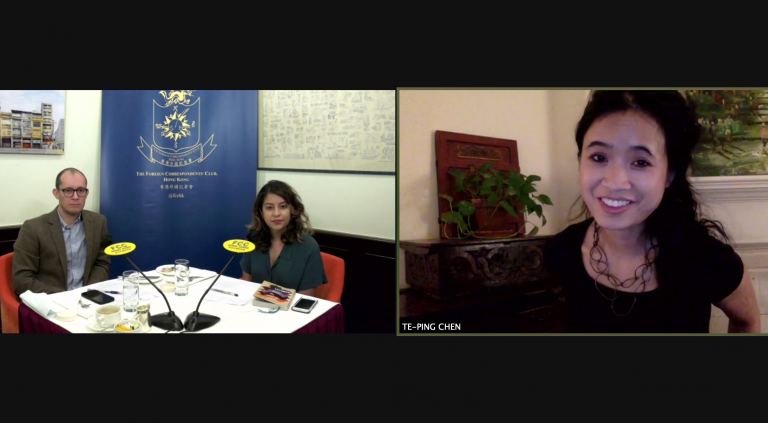 Journalism and fiction are, by definition, opposite forms of writing, but as writer Te-Ping Chen explained in a book talk hosted by the FCC, the two aren’t as different as you might think.

Formerly based in Hong Kong and Beijing, Chen is a correspondent for The Wall Street Journal and the author of Land of Big Numbers, a recently published collection of short stories largely set in China.

During the talk, moderated by FCC Correspondent Governor Shibani Mahtani, Chen recalled the experience of writing her stories in the morning before going to work in the WSJ’s Beijing bureau, and she said that being a journalist in China informed her work as a fiction writer.

“I felt the sense of having the enormous privilege of getting to live in this country, and work in an occupation where my job was to try and understand it, and to travel and meet people and see things—what an extraordinary thing,” Chen said.

“I also felt this extraordinary sense of stories and images and details that were arresting but maybe wouldn’t find their way into a news story, but still stayed with me and in many ways seeded some of the stories and characters and moments in this book.”

Though Land of Big Numbers has much to say about China, Chen described it as a human-centric collection of stories about “what it’s like to live in a society where your life choices feel constrained in many ways and things feel outside of your control, and how you try and create a sense of meaning for yourself.”

Chen also said she hoped that her book would give readers a better understanding of China and its people, in a way that news articles focused on politics and elites cannot.

“It’s always been a hard country to have a window on from the outside,” Chen said.

“I really do hope that people who read the book will come away with a deeper sense of understanding for the place, which ultimately has to be rooted in a sense of the people and not just the government.”