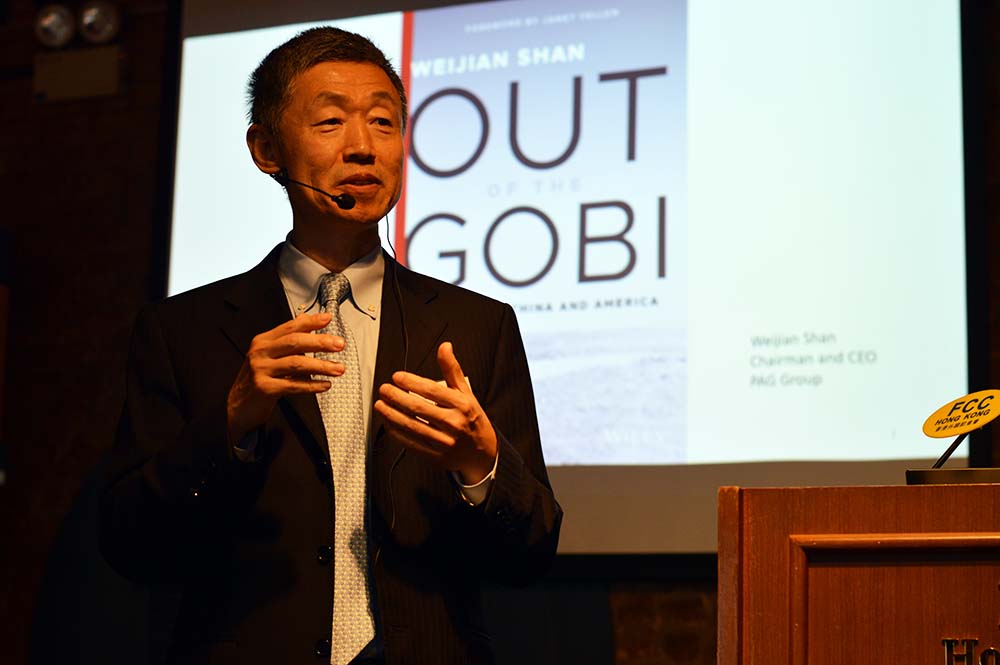 Weijian Shan: From hard labour in China to the halls of America’s most prestigious universities

Today’s young people should cherish the opportunities they are given, says a top financier who was one of the so-called “lost generation” who missed out on education during China’s Cultural Revolution.

Weijian Shan is Chairman and CEO of PAG, one of Asia’s largest private equity firms. But growing up in China during the 1960s he found himself at the beginning of a decade of turmoil in China’s history, kicked off by Mao Zedong’s bid to take control of the Communist Party, a move which eventually led to the death of tens of millions through starvation.

Education was abandoned as schools and universities closed amid chaos, with gangs of young ‘Red Guards’ rampaged through city streets after Mao urged them to destroy China’s old culture and custom. During the first chaotic years of the revolution, Shan said, he witnessed teachers being beaten to death.

Shan told how, after Mao sent young urban dwellers out into the countryside for re-education, he was sent to work in the Gobi Desert to try to turn it into fertile land to grow crops for the country. Food was sparse, the winters were freezing cold, and the summers hot.

Showing photos of himself during that time which appear in his book, Out of the Gobi: My Story of China and America, Shan said: “When I look at this picture I realise how stupid I was at that age. At the time, I thought I knew everything.”

After the Cultural Revolution ended with the death of Mao, a new economic relationship formed between the U.S. and China which resulted in an open door policy. Shan was selected by a Congressional-sponsored foundation to go to America as a visiting scholar. He eventually became a professor at the Wharton School of the University of Pennsylvania before embarking on a career in finance.

He recalled how, on a visit to a kindergarten funded by his company, he broke down in tears at the freely available books and learning tools for the children. Shan said youth today should treasure their opportunities.

Watch the video to learn more about Shan’s journey.