News News What do you need to become ... 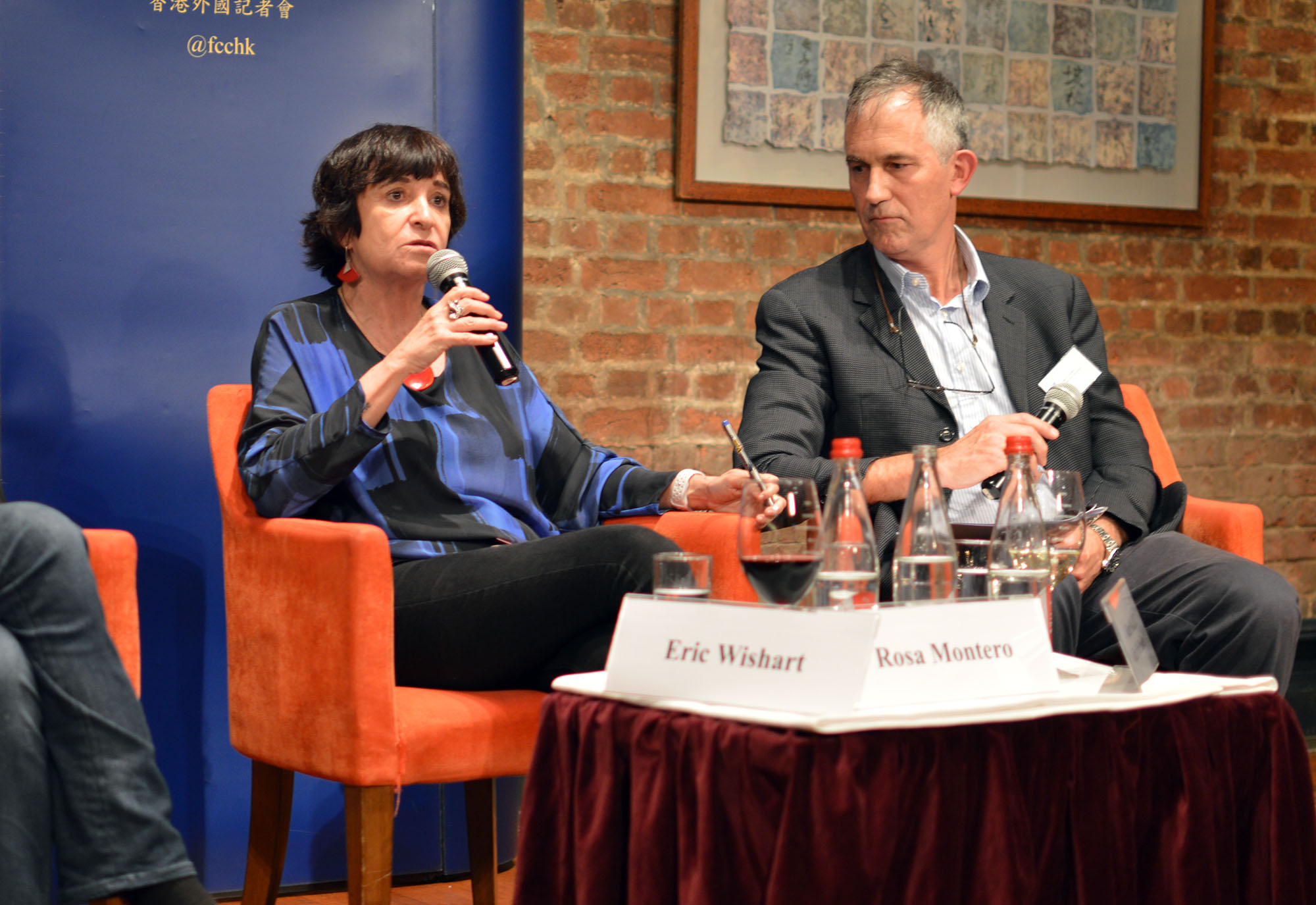 What do you need to become a novelist? Tenacity, passion – and a lot of small notebooks

Award-winning Spanish writer and journalist Rosa Montero doesn’t go looking for ideas for novels – they find her and possess her until she reaches the end of the story.

FCC members and guests got the chance to get inside a novelist’s head on March 12 for a glimpse of how Montero, who began her career as a journalist, develops her fictional characters and storylines before putting pen to paper – or keyboard to Word document – and producing an entire book.

Montero spoke of the difference between writing as a journalist and a novelist, describing the fictional side as “dreaming with your eyes open”.

“We have imaginations like children,” she said, speaking generally of novelists.

Last year, Montero won the “Premio Nacional de las Letras Españolas”, one of the top Spanish literature prizes. She published her first novel (La crónica del desamor) in 1979. Since then, she has published 15 novels, two biographies, three collections of interviews, a book of short stories and several children’s tales. Her books are translated into more than twenty languages. Her latest novel is La Carne (“Flesh”, 2016), already published in French as La Chair.

As a journalist she has worked since 1970 in TV, newspapers and magazines. Since 1977, she has worked exclusively for El País, one of the leading Spanish newspapers, and has worked as correspondent for the paper in India, Australia, the US and Latin America. She was also editor-in-chief of the Sunday magazine of El País from 1981-1982.

During the hour-long talk at the FCC, Montero explained how every idea begins with “what if..?” and that an idea for a plot usually grabs her to the point that she has an urge to share the story. She carries small notebooks everywhere to note down her ideas, she said.

“To be a novelist you need tenacity and passion,” she said.