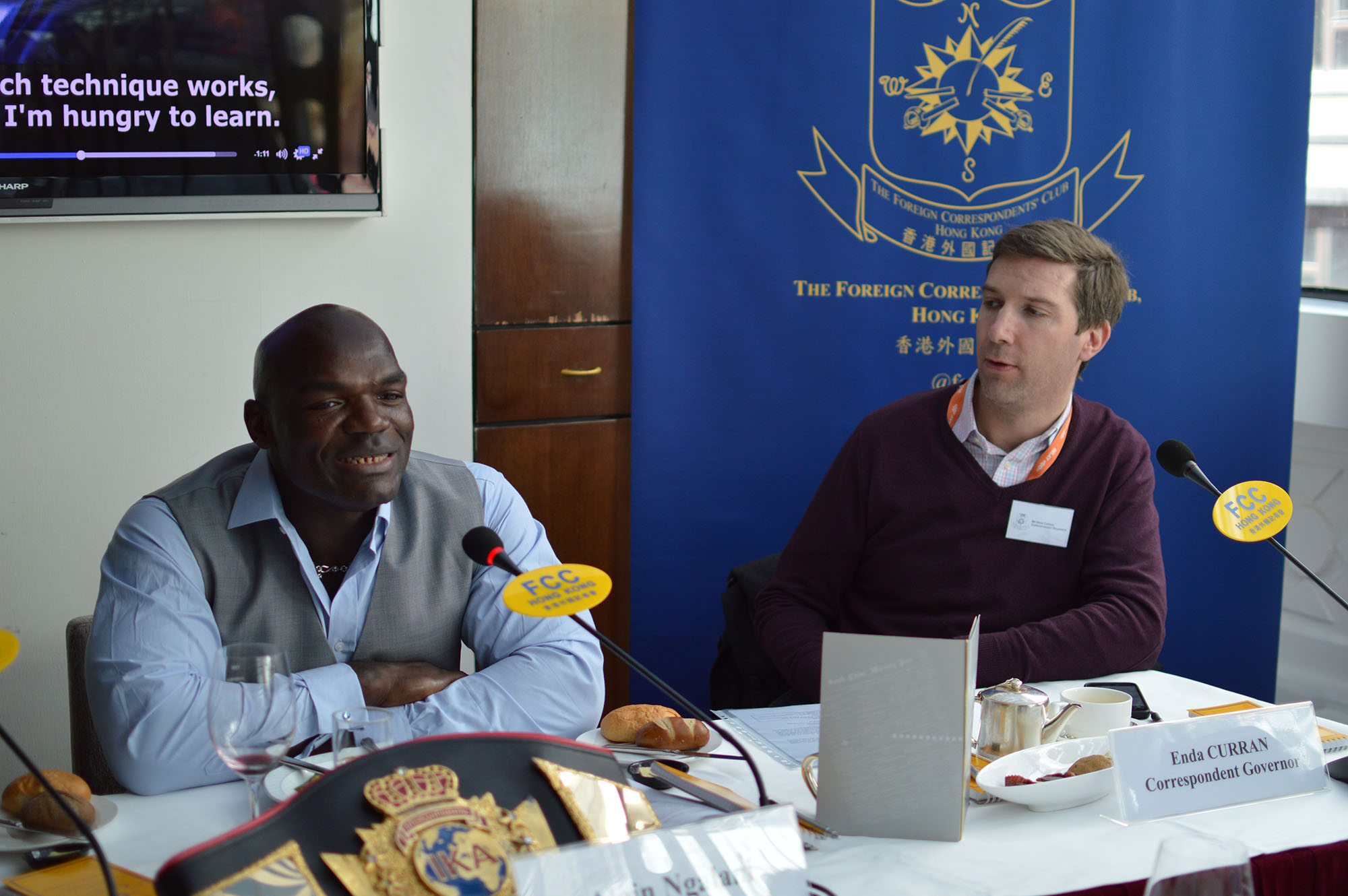 What makes an MMA world champion? Resilience, determination… and 5,000 calories per day

As a child Alain Ngalani was bullied at school. As an adult he’s a Mixed Martial Arts world champion, his journey to the top triggered by the abuse suffered at the hands of older, bigger children.

A mix of resilience, determination and passion for the sport has won Ngalani, known as The Panther, world titles in Jiu Jitsu, Karate and Muay Thai. He is also the owner of Impakt Gym in Hong Kong.

His daily routine sees him rising at 4.30am to meditate before beginning his high-intensity circuit training. “By eight o’clock in the morning, when everybody else is coming out, I’m gone,” he said – and that’s just the first training of the day. So what does he do with the rest of his time? “I eat every two-and-a-half hours,” Ngalani said, adding that he consumes 5,000 calories per day to maintain his 105kg physique.

The 42-year-old was guest speaker at the FCC on January 11 where he discussed his rise to the top. Hailing from Cameroon, he recalled the advice his mother gave him when he fell victim to the bullies: “Stand up for yourself.”

Ngalani, who knocked out opponent Hideki “Shrek” Sekine last September in a record 11 seconds, said the bullying motivated him to take up martial arts, adding that he’s now grateful to those who picked on him: “If they were sitting here today I would say you know, I forgive you,” he said. “What you did made me what I am today because it gave me the drive, passion and resilience. That incident woke something in me.”

Despite his early success at Judo, then Karate, his mother wanted him to become a doctor. Ngalani said his mother struck a deal with him: he could continue to train as long as he excelled at his studies. The moment his grades suffered, his training had to stop.

“I studied (sciences) until I went to university but it was not my passion, I felt I had to do it,” he said.

After his mother became ill and unable to pay the tuition fees, Ngalani decided to switch to sports science and pursue his dream of becoming a world champion. “I feel like I am a doctor myself because I’m still helping people. I have clients I meet every day to help them maintain a better lifestyle throughout their training,” he added.

So would Ngalani want to be a doctor if he weren’t a world champion MMA fighter? No, he said – dancing is his other passion: “I love dancing. As soon as I finish fighting I will be a dancer,” he said.

One sport he won’t take up is golf. When asked by a guest whether he had sustained any injuries in such a “dangerous” profession, Ngalani joked: “I don’t see it the way you see it. You say it’s a very dangerous sport but for me it’s a safe sport. Perhaps I am lucky, but when I watch other sports like rugby or golf… I saw someone twisting their hip!”