News News Who are the winners and los... 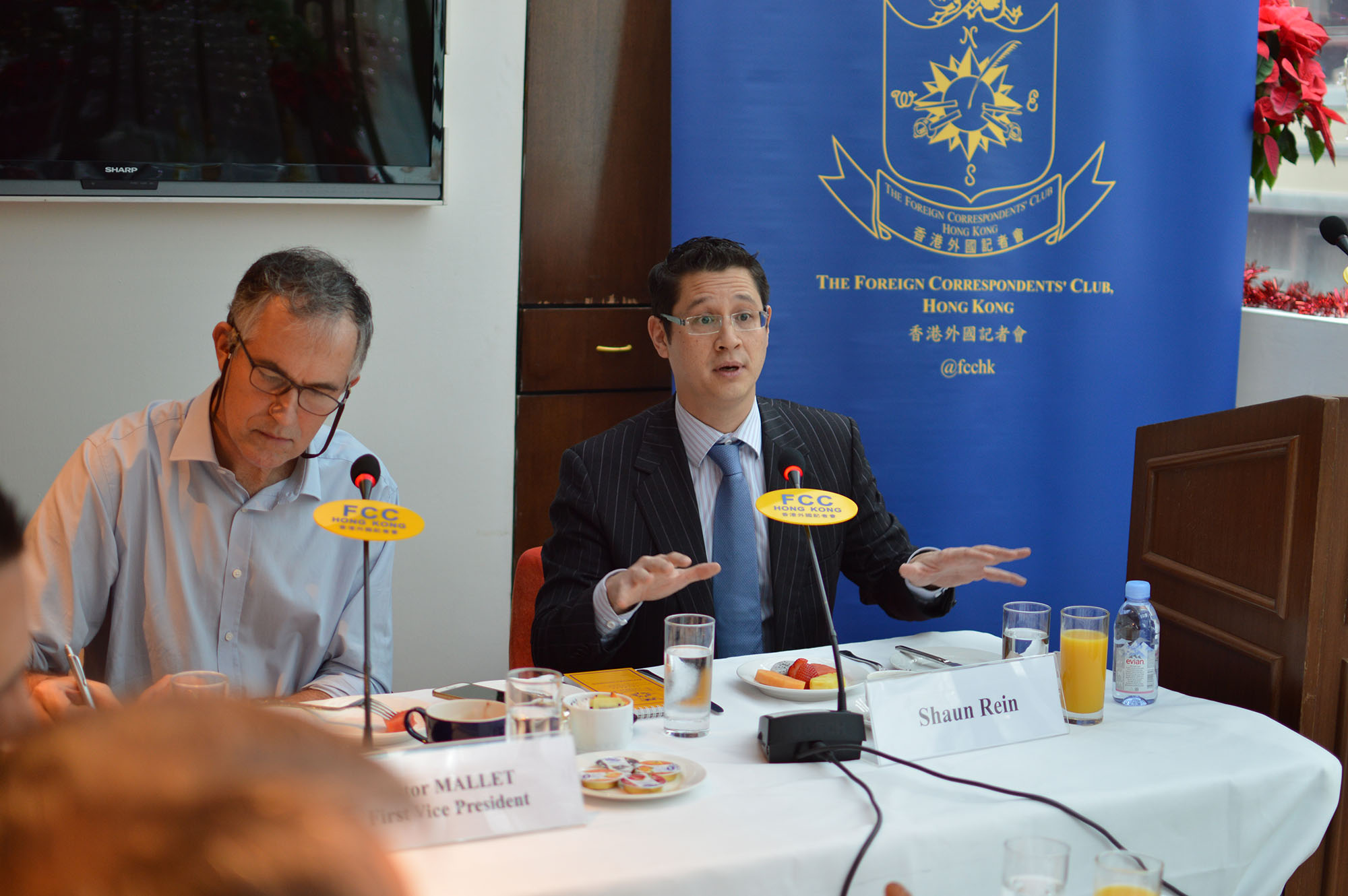 Who are the winners and losers in the war for China’s wallet?

The war for China’s wallet is being won through consumerism as industries like manufacturing and finance find it increasingly difficult – and costly – to do business there, according to the founder of a top market research group.

Shaun Rein gave insights into how to do business in China at the FCC club breakfast. Photo: Sarah Graham/FCC

Additionally, protectionism and nationalism are driving mainland Chinese consumers to buy domestic goods rather than foreign made products, said Shaun Rein, author of the new book The War For China’s Wallet which aims to help companies understand how to profit from China’s outbound economic plans.

At the centre of this domestic boom is President Xi Jinping, who has consolidated Communist Party power by taking firmer control of business and overseas investment. The world’s largest or second largest trading partner for most countries, China is seen as the obvious destination for foreign investment. But President Xi’s campaigns, such as the crackdown on corruption, and the economic punishment of countries that speak out against China, has created an environment of mistrust among those trying to do business in the country.

“I think it’s clear that not everyone will make money in China,” said Rein, managing director of CMR China, adding: “If you’re on the consumer side, there’s lots of money.

“China is no longer a cheap place to do business. The cost of doing business is crazy high,” he said at the December 12 club breakfast.

Rein pointed out that foreign brands including KFC and Starbucks make a huge profit in China. But he warned that multinationals were increasingly adhering to the political goals of Beijing in order to operate there. Publicly backing the One Belt, One Road initiative – President Xi’s development strategy to establish trade routes between Eurasian countries – is one way of staying in favour with the Communist Party. Those who speak out against China, said Rein, risk economic punishment or outright banishment. He gave the example of the Philippines, whose mango imports to China were blocked after an international tribunal on territorial disputes ruled in favour of the Philippines. The block was lifted once Rodrigo Duterte came to power in the Philippines and declared allegiance to China over America.

“The theme of the book is that China punishes and rewards countries,” Rein said. But he added that now China has also started punishing foreign companies for the actions of their countries’ governments, citing South Korea’s Lotte Group, which provided land in South Korea for the U.S. THAAD missile system.

Rein said the “methodical, systematic plan” to garner support for the One Belt, One Road initiative was the result of a “divide and conquer” strategy on the part of the Chinese government.

He predicted that multinational financial services would continue to suffer in China, but that foreign insurance companies would flourish, as would wealth management.