News News Why capitalism as we know i... 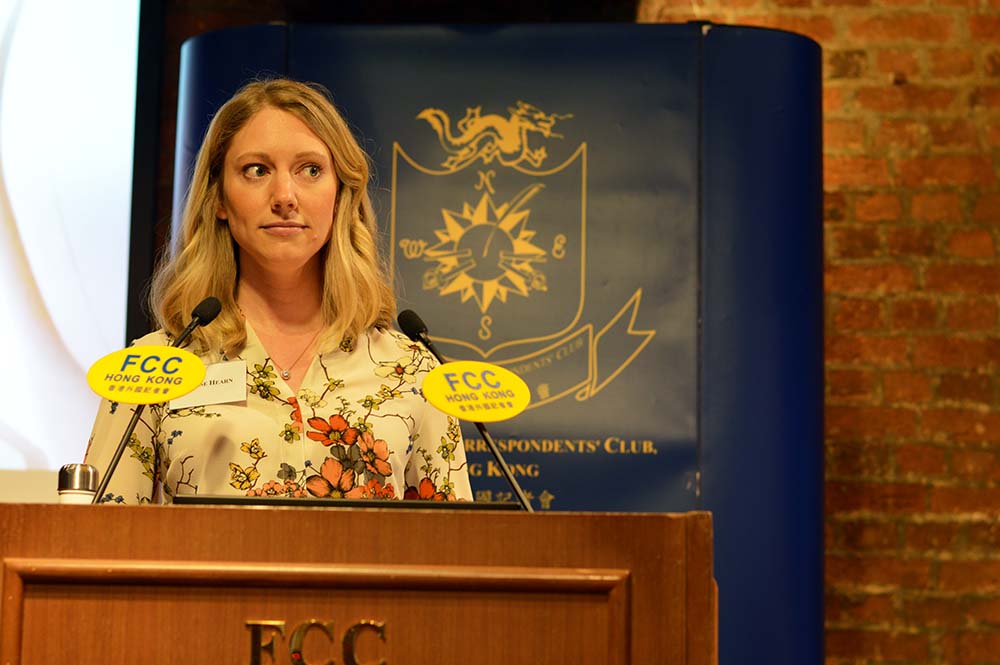 Why capitalism as we know it is dead

Inequality is on the rise in America, fueled by a new form of capitalism that, instead of encouraging competitive free markets, has seen monopolies and oligopolies dominate, according to the co-author of a new book.

Author Denise Hearn discussed the myth of capitalism at the FCC on February 27. Photo: Sarah Graham/FCC

The capitalism that lifted millions out of poverty no longer exists, rather it has become the antithesis of competitive marketplaces, said Denise Hearn.

Although it appears US consumers have endless choice when it comes to products and healthcare, this is an illusion: many of the smaller companies they purchase from are owned by much bigger conglomerates.

The figures are astounding: five banks – Citigroup, JP Morgan Chase, Wells Fargo, and Bank of America – own more than 50 per cent of the nation’s banking assets. Four airlines – American, Delta, United, and Southwest –  control around 80 per cent of American domestic airspace. Almost every industry is dominated by “robber barons”, she said.

Waves of mergers and acquisitions are contributing to the death of competition which ultimately will result in higher prices for the consumer as it allows big business to set market prices, thus squeezing smaller businesses out of the market.

Hearn, co-author of The Myth of Capitalism: Monopolies and the Death of Competition, told the February 27 club lunch: “Inequality is the symptom, it’s not the disease.”

Her book explores how the US arrived at the point where so much of the economy is dominated by the few.

Hearn also revealed some astonishing little-known facts about some of America’s big companies. Amazon, for example, doesn’t only provide an e-commerce platform but it also manufactures products that are available on its website. Hearn explained that the tech firm collects data from sellers, such as the type of customer buying from them, and then uses that data to enhance its own products – and undercut the competition.

Perhaps the most shocking story of all though involved a mortuary and supermarket chain Costco. But you’ll have to watch the video below to hear it.