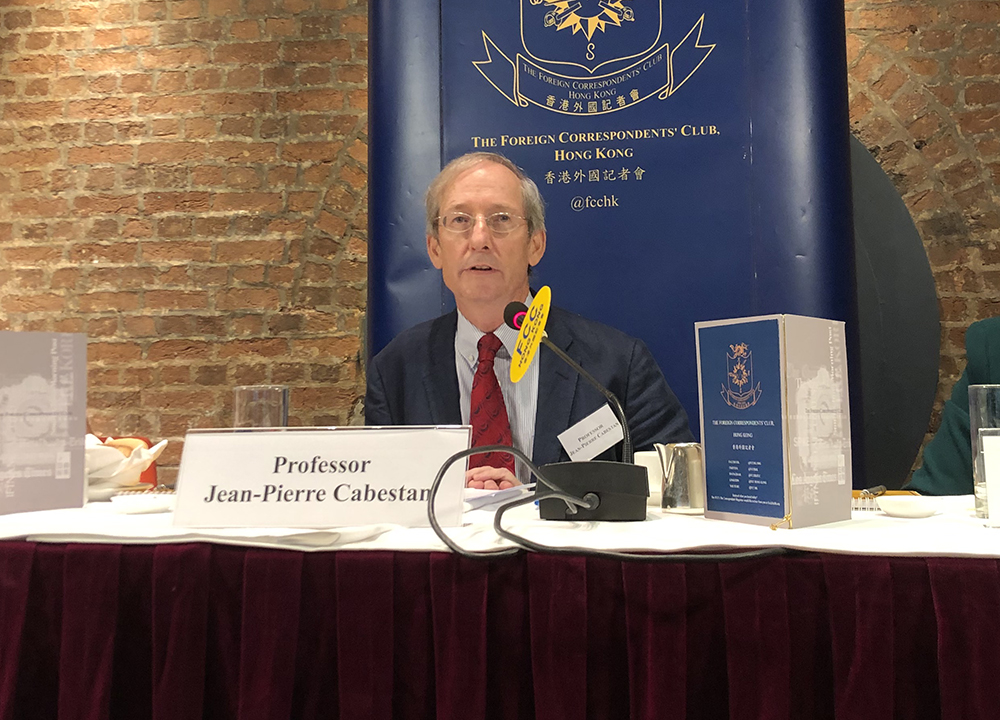 China won’t become more liberal anytime soon because its people are satisfied with the way the Chinese Communist Party has lifted many out of poverty, according to a China expert.

Jean-Pierre Cabestan, Professor in Political Science at Hong Kong Baptist University, told the November 14 club lunch that the Chinese government had support from all sections of society, including its billionaire entrepreneurs.

The party is stronger than ever, he said, in part due to the introduction of the social credit system, which monitors citizens, and the restriction of internet access. Its efficient quashing of dissent means its people do not stand up to the one-party system.