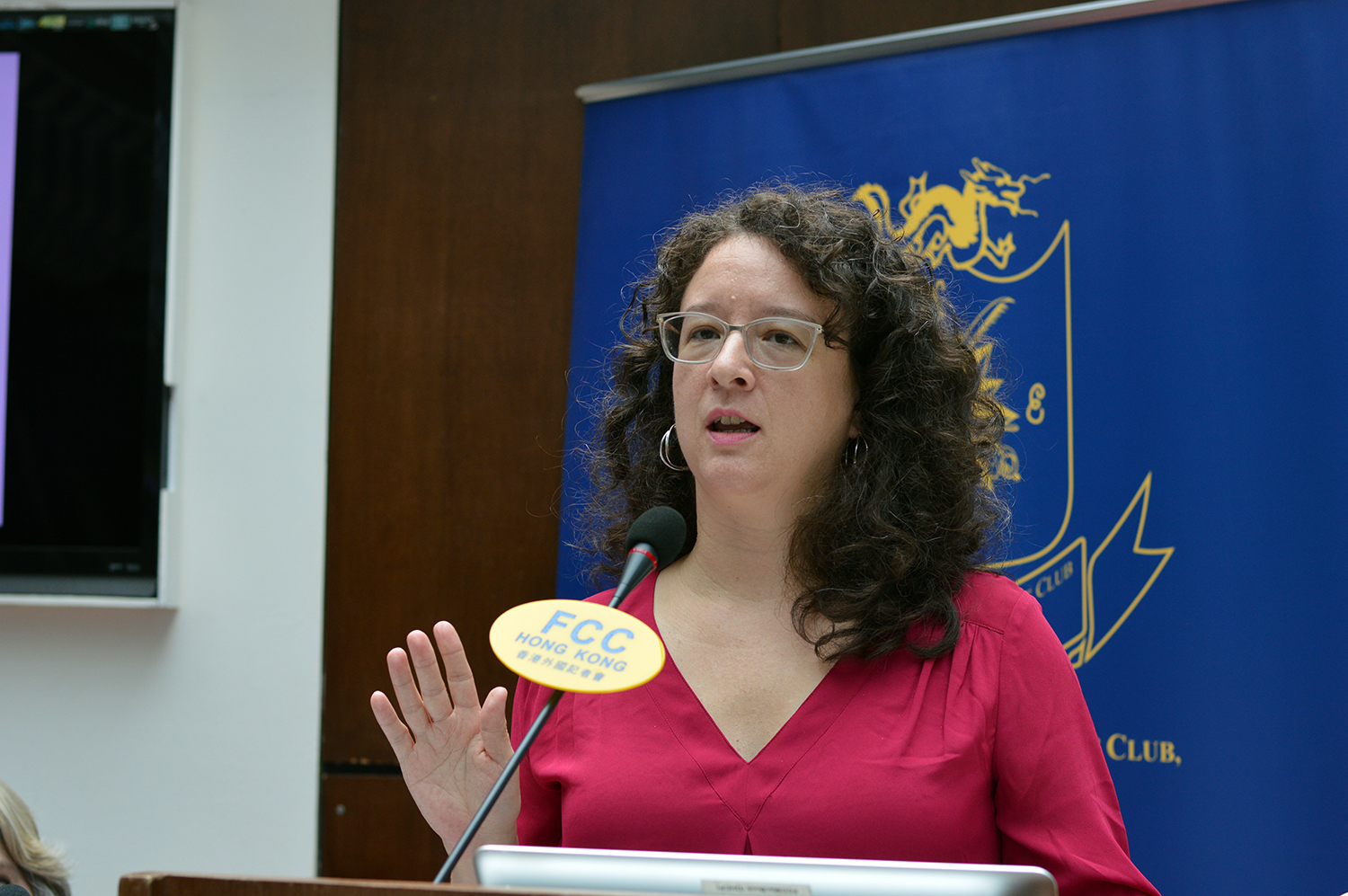 Why feminism poses a threat to the Chinese government

China’s efforts to quash feminism have in fact galvanised the movement as women across the country choose not to have children in the face of a government propaganda campaign to try to boost failing birth rates, according to a new book.

Author Leta Hong Fincher lifted the lid on China’s feminist movement when she appeared at the FCC. Photo: Sarah Graham/FCC

The male-dominated Communist Party sees the control of women and their bodies as key in preventing social unrest and maintaining stability across the country, said Leta Hong Fincher, author of Betraying Big Brother: The Feminist Awakening in China.

Since 2015, the Chinese government has been cracking down on feminism, beginning with the jailing of five feminist activists for 37 days. The Feminist Five became a global cause célèbre, not least because President Xi Jinping was about to co-host a UN conference in New York on women’s rights. Activists inundated social media with #FreetheFive messages and Hillary Clinton even spoke out on their behalf, tweeting: “Xi hosting a meeting on women’s rights at the UN while persecuting feminists? Shameless.”

However, despite apparently bowing to international pressure the clampdown goes on, most recently with the case of Yue Xin, the #MeToo activist and recent graduate of Peking University who has been missing – presumed detained – since trying to unionise workers two months ago.

“I would argue that the subjugation of women is absolutely key to Communist rule, exerting control over the entire population particularly in the last few decades with the advent of market reforms,” Hong Fincher said. “The government sees women primarily as reproductive tools and so they need to be confined to the home, to be baby breeders, raise children, take care of the elderly and tame the violent urges of men.”

Women in China are tired of the sexism they face in their daily lives, she said, and many wanted to pursue careers and further education rather than marry and have families. And more alarmingly for the government, they are willing to stand up for themselves.

Hong Fincher said the #MeToo movement was also spreading across China despite growing internet censorship and a lack of press freedom. Hong Fincher predicted that the crackdown on feminism would intensify as China’s economy slows and the workforce shrinks due to failing birth rates.