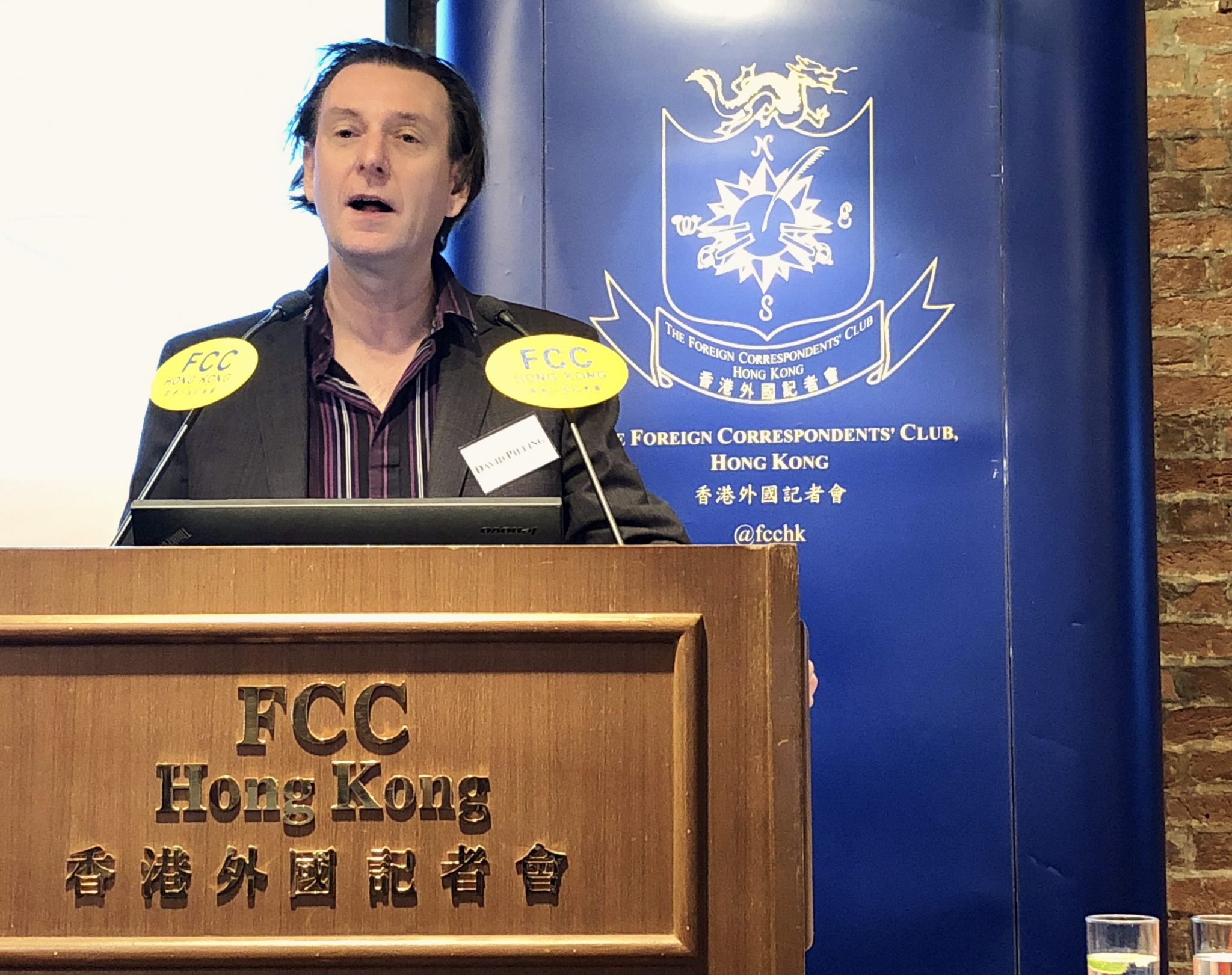 The way in which we measure the health of our economies needs to change in order to maximise what actually matters: our welfare, according to a new book by a leading financial writer.

David Pilling, talked about his new book, The Growth Delusion: Wealth, Poverty, and the Well-Being of Nations, at the FCC. Photo: Sarah Graham/FCC

David Pilling, associate editor and former Asia editor of the Financial Times, argues that current gross domestic product (GDP) – the statistic used globally to measure economies – is misleading because it fails to take into account distribution, sustainability or the nature of production.

GDP is the monetary value of a country’s goods and services within a given time period, and it is used as an indicator of national economic well-being. However, in his new book, The Growth Delusion: Wealth, Poverty, and the Well-Being of Nations, Pilling says this economic measurement was created for and shaped around policy objectives.

From its first inception under U.S. President Franklin D. Roosevelt, who wanted a measurement in order to justify spending more to boost the flagging economy of the 1930s; to its interpretation by Britain in World War Two to increase spending on armaments; GDP has been manipulated over the years to fit fiscal policy, Pilling said.

Growth as measured by GDP is often a positive thing for developing countries like China and India where it can improve the lives and well-being of many, Pilling said. But once a country boasts prosperity, economic growth and personal well-being can often separate. It is here where the measure can fail as we see a disconnect between the numbers and how happy people are, he said.

During his March 21 club lunch appearance, Pilling used simplified – and often colourful – analogies to explain why the current formula to calculate GDP falls short of the real picture of an economy’s health. For example, America does not measure the cocaine economy in its GDP despite widespread use of the drug; but Colombia does, which of course, gives its economy a significant boost. Similarly, in the United Kingdom a person caring full time for a relative does not factor in the GDP, but putting that relative in a care home where someone else is paid to look after them is. A mother who breast feeds her baby does not contribute to GDP, yet the manufacture of infant formula does.

Pilling, now Africa editor for the FT, said: “GDP only measures things for which money changes hands. we shouldn’t worship it as a number, it doesn’t tell us everything we think it tells us. There should be some measure of wealth.”

He added that GDP needs to better measure the value of public services; it needs to improve median household income; and take into account an economy’s effect on carbon omissions.