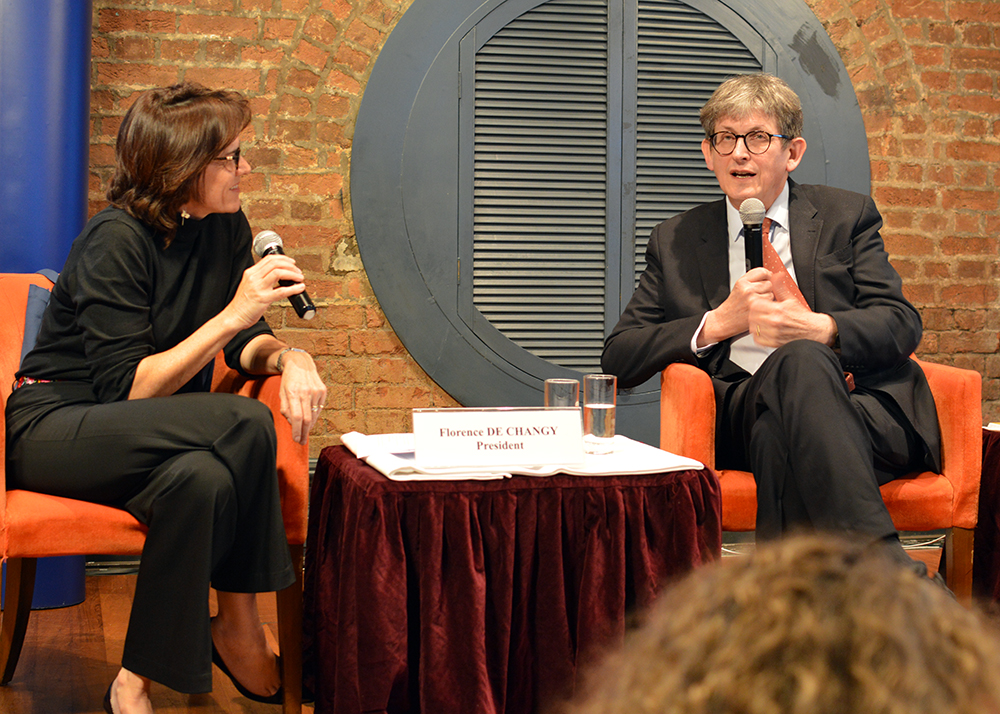 Why journalism must adapt to survive, by ex-Guardian chief Alan Rusbridger

The digital revolution that has disrupted journalism is still in its infancy, says former Guardian editor-in-chief Alan Rusbridger, and news organisations need to adapt if they are to survive.

Gone are the days when reporters hit ‘send’ on a story and head to the nearest pub, he told FCC members at a packed club dinner on March 27. Now the story begins at the point a journalist publishes their article. He cited Glenn Greenwald, the American journalist whose work breaking the Edward Snowden NSA leaks in 2013 earned the Guardian a Pulitzer Prize for public service. Greenwald famously interacts with his legions of readers as soon as his stories are published, enabling him to develop the piece further.

Rusbridger’s book, Breaking News: The Remaking of Journalism and Why It Matters Now, asks vital questions about the purpose of journalism at a time when 4 billion people can communicate with each other at the touch of a button. Questions like ‘is journalism is public service?’, and ‘is journalism better than the internet?’ are key themes of the book in which Rusbridger looks back at how the trade has evolved over the last few decades.

He cited divisive topics like Brexit and the election of US President Donald Trump as having had an impact – largely negative – on the way news organisations approached stories. He spoke of the “bullying, hectoring front pages” of the British press during the lead up to the referendum on Europe, adding that the role of the media should have been to inform citizens to help them make a decision.

Such behaviour, coupled with the rise of social media as an aggregator of news and a growing frustration with the ruling elite, had led to disassociation among readers who felt they were no longer being heard. The knock-on effect has been a consistent drop in revenue among most news organisations, leaving them scratching around for the business model that works for them.

Rusbridger himself steered the Guardian through the early days of the digital revolution and by the time he stepped down in 2015, a membership model had been established that saved the newspaper from the prospect of folding. Today, he said, the Guardian has £1 billion in the bank and expects to break even this year.

“There’s a new model beginning to develop,” Rusbridger said, “and it strikes me that all that investigative journalism that we did turned out to be the business model.”