News News Why Publicly-Funded News Or... 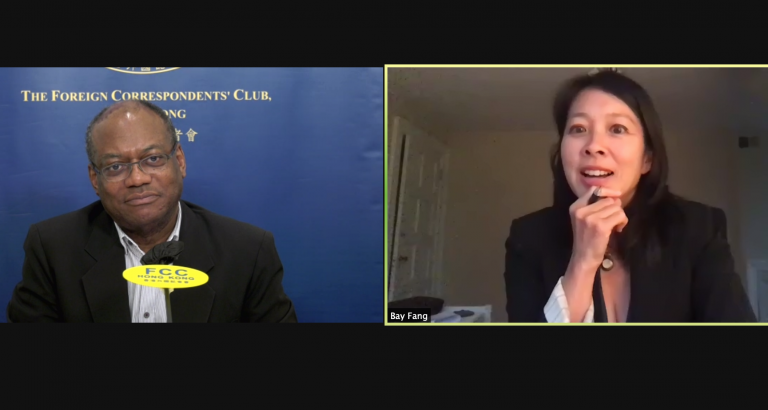 “One of the reasons that the firewall is so important, especially for a news organisation like [Voice of America] or RFA, is because we’re publicly funded,” Fang said. “Our job is not to do propaganda. Our job is to model what a free press can look like in countries that don’t have it.”

Without that editorial independence, Fang said, “The obvious attack that we would get from a country like China or any authoritarian country that we’re broadcasting to is, ‘They’re just doing the bidding of the government that runs them. They’re not really telling you the truth about what’s happening around you, so why listen to them?’”

Despite a separation between the U.S. government and RFA’s editorial operations, Fang herself is no stranger to political interference, as she explained to FCC President Keith Richburg.

In June 2020, when Michael Pack was appointed CEO of the U.S. Agency for Global Media, he proceeded to fire Fang and other heads of broadcasting outlets under his control, replacing them with Trump loyalists. Pack was later asked by President Biden to submit his resignation on Inauguration Day, and Fang was reappointed to her former role a few days later.

Now in its 25th year, Radio Free Asia produces broadcasts and online news in nine Asia languages, including Mandarin, Burmese and Uyghur. Fang spoke openly about the challenges facing RFA’s on-the-ground reporters, noting that some in Myanmar are currently in hiding, while six of their Uyghur reporters have had family members seized and placed into detention camps.

Despite the difficulties facing reporters, Fang said most had turned down offers either to leave dangerous locations or Radio Free Asia altogether. She attributed this to RFA’s mission and its reporters’ belief in it.

“I think our particular mission is unique,” Fang said. “To come here, you have to really believe in the mission.”