News News Why the Taiwan Issue Is the... 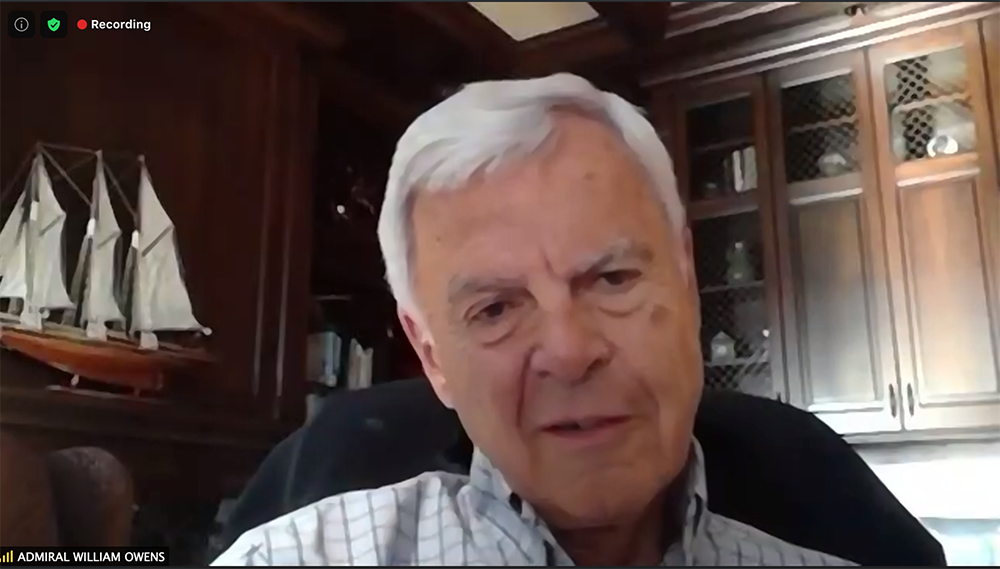 Why the Taiwan Issue Is the Greatest Threat to U.S.-China Relations – Admiral Bill Owens

The issue of Taiwan’s political status is the bigger threat to an already tense relationship between China and the United States, even more so than sovereignty of the South China Sea, according to a former top U.S. military official.

Admiral Bill Owens, formerly the vice chairman of the U.S. Joint Chiefs of Staff, said in an FCC webinar on Sept. 2 that Taiwan independence was more serious to China than issues in the South China Sea and the trade war with the U.S.

The claim comes the day after Beijing warned the United States to stop building its diplomatic relationship with Taiwan, branding the U.S.-Taiwan Relations Act as “illegal” and “invalid”. Taiwan is embroiled in a decades-long dispute with China over whether it will be repatriated with the mainland. The country is currently led by the Democratic Progressive Party (DPP), which favours independence from China.

“It’s all about Taiwan. It’s about what happens in Taiwan,” said Owens, who retired in 1996 after 35 years in the Navy. “The Chinese have said in many many ways… if there is a declaration of independence in Taiwan, we will take military action to preclude that from happening. Those are pretty serious words.”

In his new book, China-US 2039: The Endgame? Building Trust Over Future Decades, Owens, who embarked on a career in business after retiring from the military and founded Red Bison Technology Group in 2015, puts forward several policy recommendations that could steer the two countries away from conflict.

He argued that thinking long term – “the Chinese do this very well” – is the key to cementing closer diplomatic relations and suggested that over the next 20 years, America and China could achieve improved ties.

Owens, whose 35-year service in the U.S. Navy included participation in Vietnam and Desert Storm, spoke about Hong Kong’s recently enacted national security law and said it was his view that China wanted the city to remain a thriving international financial hub.

“I think Hong Kong has always needed a form of a national security law like some of the things that are in the national security law that was forced on Hong Kong by the Chinese. It’s too bad it had to happen that way and I think from the West standpoint I would pray that a year from now we will not see as many issues of China interfering in Hong Kong as much of the Western press would have us believe,” he said.

Owens said he thinks the Chinese government understands “the great importance of Hong Kong in the international trade and monetary systems”.

“I couldn’t imagine that they would want to do anything that looks like a Tiananmen Square or an involvement that seems too much,” he said.

Responding to a question about whether President Donald Trump could be removed from the White House by force if he were to lose in November and contest the results of the presidential election, Owens pointed to non-military tools to potentially remove the president.

“I’m sure the Joint Chiefs all feel … that it is there to serve the nation – it’s not a Trump military or a Biden military, it’s a U.S. military and it will be very difficult to get them to do anything that is viewed as political. So I pray that what you suggest doesn’t happen,” he said.

When asked who was winning the 5G race – America or China – Owens, a former CEO of telecoms firm, Nortel, said he thought “it’s a tie” but made an impassioned case for the implementation of Wi-Fi worldwide.