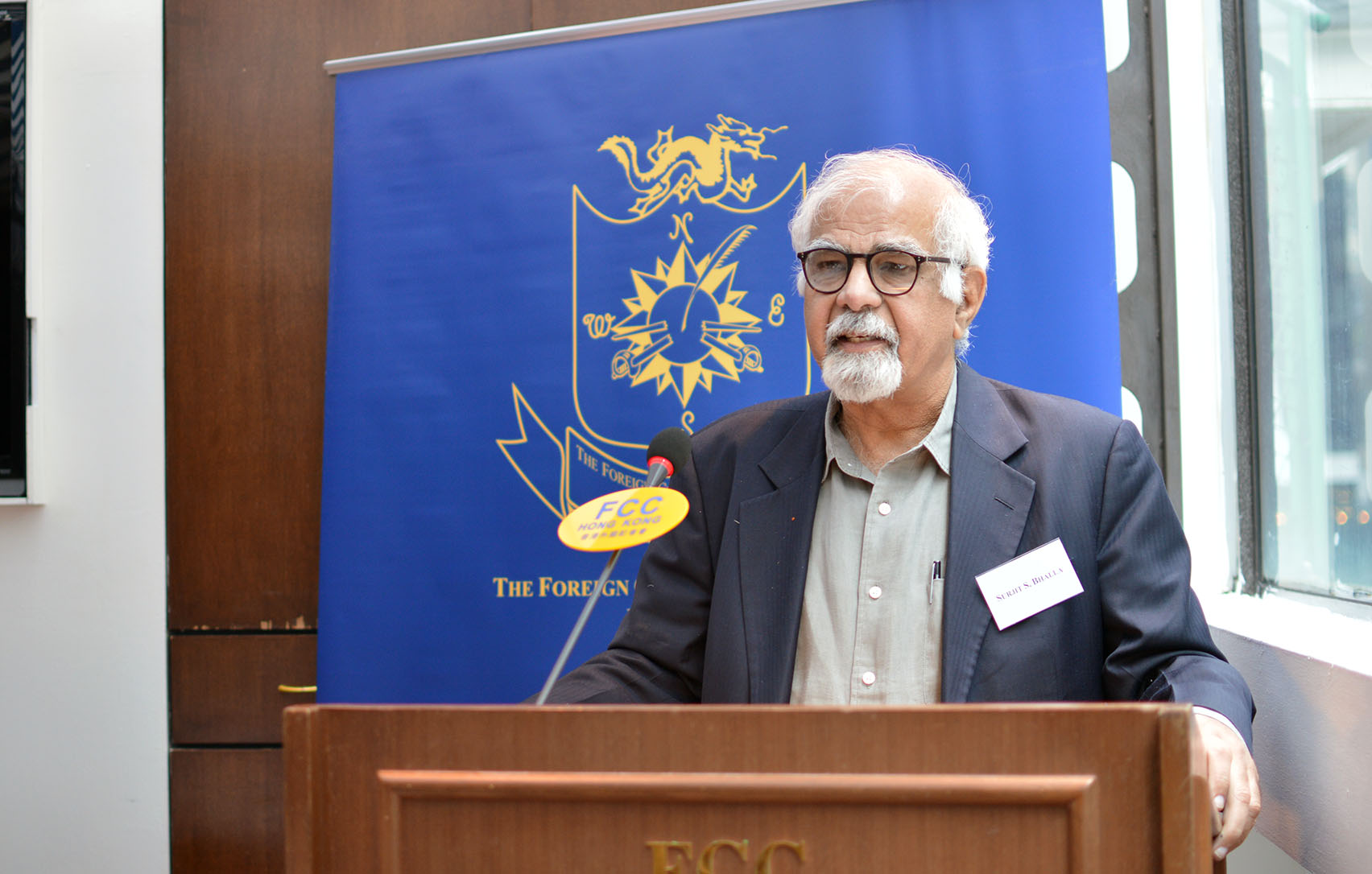 Women are going to rule the world, predicts a male author and analyst, and it’s largely thanks to empowerment through education.

Author and analyst Surjit S. Bhalla put forward the case that education is the unifying factor behind the decline of poverty and rise of equality. Photo: Sarah Graham/FCC

And what’s more, recent economic growth in developing countries like India and China can also be linked to better education over the expertise of economists, said Surjit S. Bhalla, senior analyst for a New York-based macroeconomic policy advisory firm. Outlining various data sets used in his research, Bhalla put forward the case that education is the unifying factor behind the decline of poverty and rise of equality.

For the first time in its 1,000-year history, Bhalla said, Oxford University has more women undergraduates than men. Women in Saudi Arabia are now allowed to drive cars and watch soccer matches, he added.

“We kill the girl child in India before she is born. That is going to end,” Bhalla said.

These developments have come about as a result of better education opportunities and outcomes in schooling for women – they are no longer expected to stay home and bear children, Bhalla added.

“Now there’s nothing to differentiate in terms of the labour market. This transformation is permanent,” he said.

Bhalla was promoting his latest book, The New Wealth Of Nations, at the February 26 club lunch. The premise of the book is that education increases incomes, creates wealth, reduces inequality and empowers women. To support his arguments, Bhalla used India and China as examples of the East catching up with the West first in terms of education, then as economies.

His book, he said, draws from the works of two well-known economists: Arthur Lewis (“one of the greatest economists of the 20th Century”), who studied patterns in the growth of developing economies after World War Two; and Gary Becker, who studied the effects of education on society. Bhalla applies the findings of both to support his theory of education as a major factor in economic growth.

“Education is the biggest ever transformer and biggest ever developer of growth,” Bhalla said. “The only one factor that the world knows is that education is necessary. I happen to think it’s sufficient.”