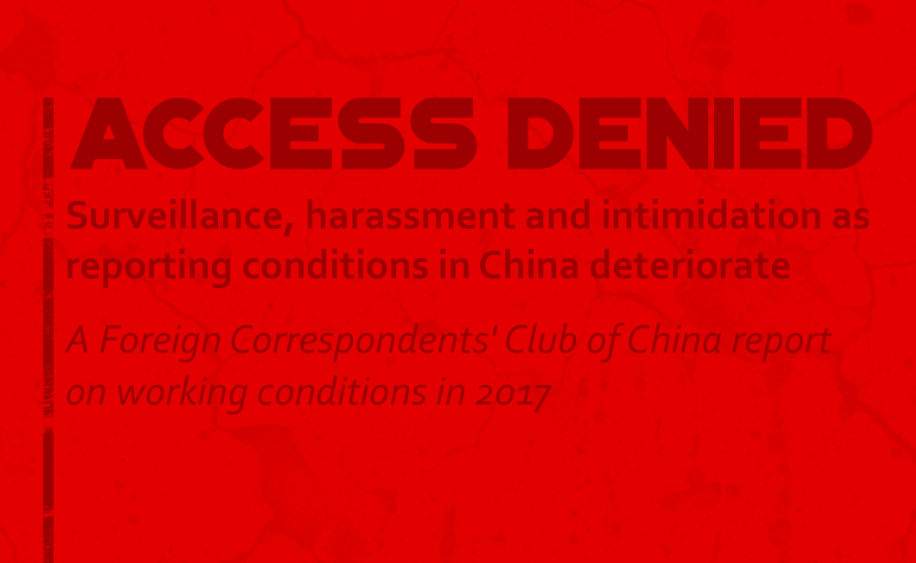 The Chinese government has intensified its attempts to deny or restrict the access of foreign journalists to large parts of the country while increasing the use of the visa renewal process to pressure correspondents and news organisations whose coverage it does not like, according to a new report. 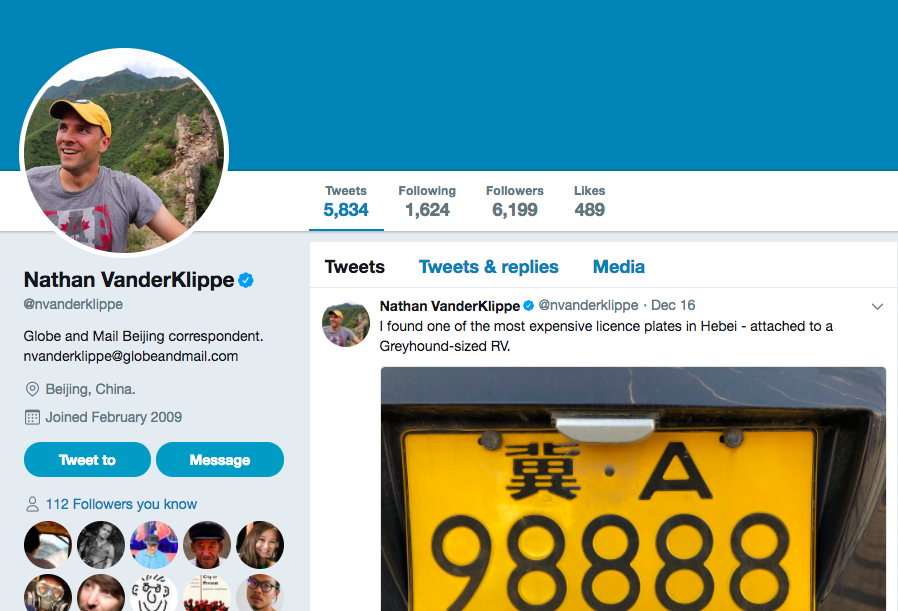 Canada’s Globe and Mail Asia correspondent Nathan VanderKlippe used Twitter to spread word of his detention in China in 2017.

In December, the Foreign Correspondents’ Club of China surveyed correspondent members about their experiences during calendar year 2017. The results of that survey, as well as interviews with more than a dozen major media organisations and a timeline of notable incidents in 2017, form the basis of a new report, Access Denied: Surveillance, harassment and intimidation as reporting conditions in China deteriorate.

The report shows a significant rise in the number of foreign correspondents who believe journalism in China has grown more difficult amid rising pressures from authorities seeking to block newsgathering in areas they deem sensitive, such as Xinjiang, the border with North Korea and industrial areas. There was also no let up in 2017 in violent attacks against foreign journalists and intimidation of news sources, which continued alongside growing concerns about surveillance and invasions of privacy.

Correspondents surveyed by the FCCC also reported greater difficulties in renewing their visas. The FCCC is aware of five international news organisations that experienced visa difficulties in 2017 that appeared to be reporting-related. Those difficulties included lengthy delays in approval, the issuance of credentials with unusually short validity and outright refusal by Chinese authorities to provide accreditation.

“China-based foreign correspondents have long faced obstruction, harassment and intimidation for doing their jobs but this report will make depressing reading for even the most seasoned of them,” the FCCC Board said.

“Our survey results provide strong evidence to suggest that, from an already very low baseline, reporting conditions are getting worse.”

“Anyone who values independent news from China – news about the nature of its government, the state of its economy and the lives of its people – should be deeply alarmed by the serious, mounting pressure applied to the journalists trying to supply it.”

The following results are based on a survey of journalists who belong to the Foreign Correspondents’ of Club of China in Beijing. The survey was completed by 117 of 218 correspondent members. More detailed results are in the full report.

•       Reporting grew more difficult in many areas of China, but in particular Xinjiang, China’s westernmost region. 73% of respondents who traveled to Xinjiang in 2017 were told by officials and security agents that reporting was prohibited or restricted, compared with 42% in 2016

•       Correspondents reported higher levels of concern about surveillance and invasion of privacy, as well as greater pressure by overseas Chinese officials on media organisation headquarters

•       Nearly half of surveyed correspondents said they experienced interference, harassment and physical violence, roughly in line with 2016

•       News sources in China continued to face negative consequences for interacting with a foreign journalist. 26% of surveyed correspondents said sources had been harassed, detained or called in for questioning, roughly in line with 2016