The Foreign Correspondents’ Club (FCC) is seeking a temporary Editor to act as Project Manager for a commemorative book chronicling the Club’s nearly 75-year history in Hong Kong, from the time the first batch of foreign correspondents relocated from China in 1949 to the present. This is a temporary position and can be done part time as long as the project is completed in the agreed time frame. The Editor must have the skills to see the project through from inception to completion.

The FCC envisions the book to primarily consist of photographs; some short written vignettes by former and current members around a common theme (such as “My Favourite FCC Memory”/ FCC conversations); and a review of past memorable events using all the back issues of The Correspondent Magazine as the key resource. Much of the work would consist of creatively deciding and outlining the theme and optimal length for the vignettes; identifying and commissioning others to write the vignettes; pouring through back issues of The Correspondent; and identifying the best photographs to illustrate the rich history of the Club. The Editor is responsible for securing all requisite photo approvals. The Editor is not required to do any of the writing, but would be responsible for assuring accuracy, standards and editorial consistency for all articles and captions. The Editor need not be a professional proofreader and can request funding for a proofreader near the completion date. The Editor is responsible for all editorial content, but not design.

Reports To:  The Communications Committee or its designated representative

A portable contemporary in style look and feel sized book (EG: A5) of approximately 200 pages, largely pictorial. Out in print and on sale by 2023 with a preview book launch at the FCC on the cusp of its 75 YR anniversary EG: in the autumn of 2023.

Interested parties please submit your tender & a copy of your business registration before the deadline to:

The measures introduced in Hong Kong to contain the coronavirus outbreak are working because the city learned its lesson from severe acute respiratory syndrome (SARS).

That was the consensus of a panel of guests who discussed the physical and mental challenges facing Hong Kong since the outbreak at the start of this year.

Dr. Ma said that Hong Kong was one of the only places in Asia to continuously invest in infectious control research since the SARS crisis of 2003.

As of February 26, there were 85 confirmed cases in Hong Kong. For perspective, Prof. Fukuda pointed out this was an average of two people infected per day. Odile Thiang of Mind HK added that during the week of February 10, Hong Kong reported 13 deaths contributed to influenza.

SCMP’s Elizabeth Cheung said that the government’s communications over the virus had improved, with daily press conferences to update the media. She said it could do better, however, in how it collaborates with other information providers to update the press on the status of Hongkongers aboard the Diamond Princess cruise ship, for example.

Longer-term, the panel agreed that more research was needed on these types of viruses. Prof. Fukuda pointed out that with SARS and Middle East respiratory syndrome (MERS), the incentive to develop a vaccine wasn’t there because the viruses died out relatively quickly. He called for governments to work to develop vaccines in the period between outbreaks.

“Other crises come up and attention wanders,” he said.

Hong Kong Chief Executive Carrie Lam must step down or be removed by Beijing if the city is to begin rebuilding itself after months of anti-government protests, says former Chief Secretary for Administration, Anson Chan.

In a panel discussion on how Hong Kong can move forward and bring an end to the protests that have gripped the city since June last year, Chan and Dr. Priscilla Leung Mei-fun, Legislative Councillor for Kowloon West and member of the Committee for the Basic Law, both agreed that Lam’s government was weak and that an independent inquiry was required to get to the heart of the reasons behind the protests.

“We cannot wait for the government, we have to rely on ourselves,” said Leung.

Chan added that she condemns violence, but believes that a large number of the protesters are “reasonable people” who only want universal suffrage, as promised under the Basic Law.

Watch the video – please note, our Facebook broadcast was interrupted shortly before the end of the event. We will replace this video with a full version shortly.

The Foreign Correspondents’ Club of China expresses its deep concern and strong condemnation over China’s decision to cancel the visas of three foreign correspondents from the Wall Street Journal’s Beijing bureau, in direct retaliation for an opinion article published by that newspaper, by an author based outside of China.

The WSJ’s deputy bureau chief Josh Chin and reporter Chao Deng, both Americans, as well as reporter Philip Wen, an Australian, have been ordered to leave the country in five days. None of the three had any involvement with the opinion article, or its headline, that China cited in their expulsion.

The action taken against The Journal correspondents is an extreme and obvious attempt by the Chinese authorities to intimidate foreign news organizations by taking retribution against their China-based correspondents.

Simultaneously revoking press credentials of three correspondents is an unprecedented form of retaliation against foreign journalists in China. China has not outright expelled a foreign correspondent since 1998, as far as the FCCC is aware.

The FCCC is now aware of nine journalists either expelled or effectively expelled (through non-renewal of visas) from China since 2013. China has evicted fair and talented journalists who have worked hard to bring unbiased, informative reports to their audiences and to understand China.

FCCC member correspondents and their colleagues in China are suffering from an increasing frequency of harassment, surveillance and intimidation from authorities. The expulsion of these three WSJ reporters is only the latest, and most alarming, measure authorities have taken.

The Foreign Correspondents’ Club, Hong Kong, condemns the expulsion of three Wall Street Journal staff from China over the publication of an opinion column.

Deputy Bureau Chief Josh Chin and reporter Chao Deng, both Americans, and reporter Philip Wen, an Australian, have been given five days to leave the country.

The Chinese Foreign Ministry said that they were being expelled after the Journal refused to apologise for the publication on February 3 of an opinion piece entitled “China is the Real Sick Man of Asia”. It was written by Global View columnist and Bard College professor Walter Russell Mead, Mead, and its headline has been widely criticized for being racist and insensitive.

Foreign Ministry Spokesman Geng Shuang announced the expulsions at a news briefing in Beijing on Wednesday.

These unprecedented expulsions come at a time when journalists must be able to report freely on the COVID-19 outbreak without fear of being targeted in retaliation for coverage and comment on the epidemic.

Update on our precautionary measures against Coronavirus (COVID-19) 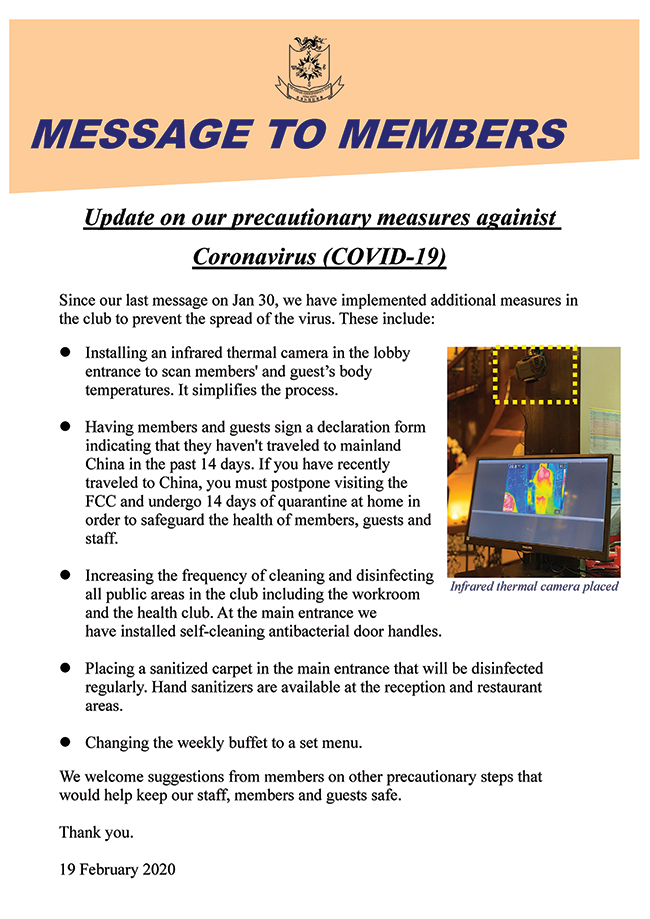 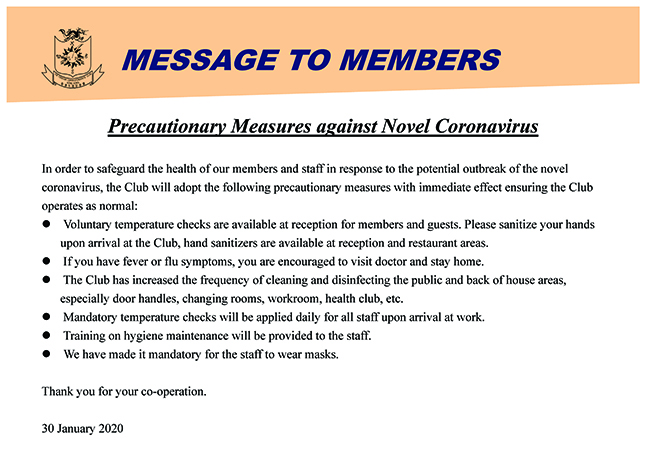