News The Correspondent A Deep Downward Spiral: The... 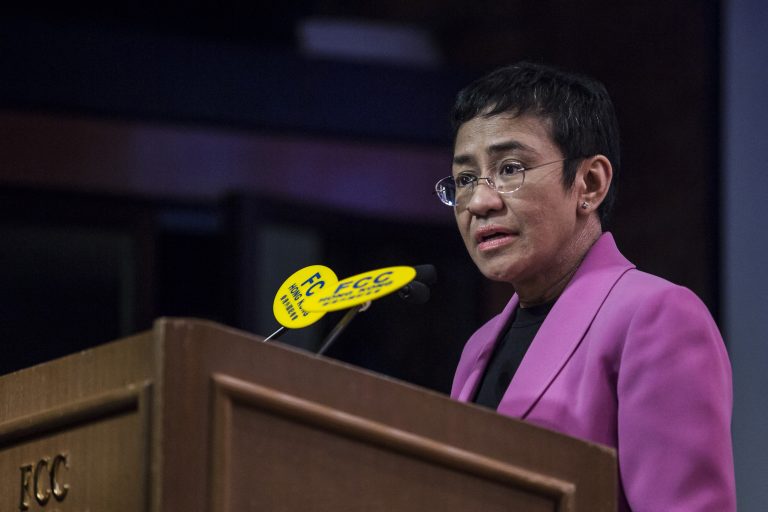 A Deep Downward Spiral: The State of Press Freedom in Southeast Asia

In October, Maria Ressa – one of the Philippines’ most famous journalists – and Dmitry Muratov from Russia jointly won the 2021 Nobel Peace Prize. Both have come under fire for “efforts to safeguard freedom of expression, which is a precondition for democracy and lasting peace,” wrote the The Norwegian Nobel Committee in its selection announcement.

Ressa, the first Filipina Nobel laureate, is the co-founder and chief executive of Rappler news site. Since president Rodrigo Duterte took office in 2016, Ressa has faced at least 10 arrest warrants and seven court cases over the outlet’s coverage of Duterte’s lethal “war on drugs”. Despite her Nobel prize, Ressa continues to face an onslaught of legal cases ranging from tax evasion to defamation, and at the time of writing, is out on bail while appealing a six-year prison sentence for libel.

“I don’t know where [the prize] will lead,” Ressa told the Associated Press. “But I know that if we keep doing our task, staying on mission, holding the line, that there’s a better chance that our democracy not only survives, but that I also stay out of jail. Because I’ve done nothing wrong except be a journalist. That is the price we have to pay.”

For journalists and media observers, Ressa’s Nobel prize serves as a call to action in the face of increasing censorship, harassment and restrictions in Southeast Asia, where most countries languish in the bottom half of the World Press Freedom Index.

According to Phil Robertson, deputy director of Human Rights Watch’s Asia Division, press freedom is on a “deep downward spiral” across the region. “Leaders across the board in Southeast Asia are attempting to marginalise the media in any way that they can,” he says.

“These governments are not afraid to criminalise reporting they see as being against their policies and their priorities. It’s doing a massive disservice to the people of Southeast Asia, who deserve access to quality media with independent views that are prepared to speak truth rather than parrot the line of the various governments.” 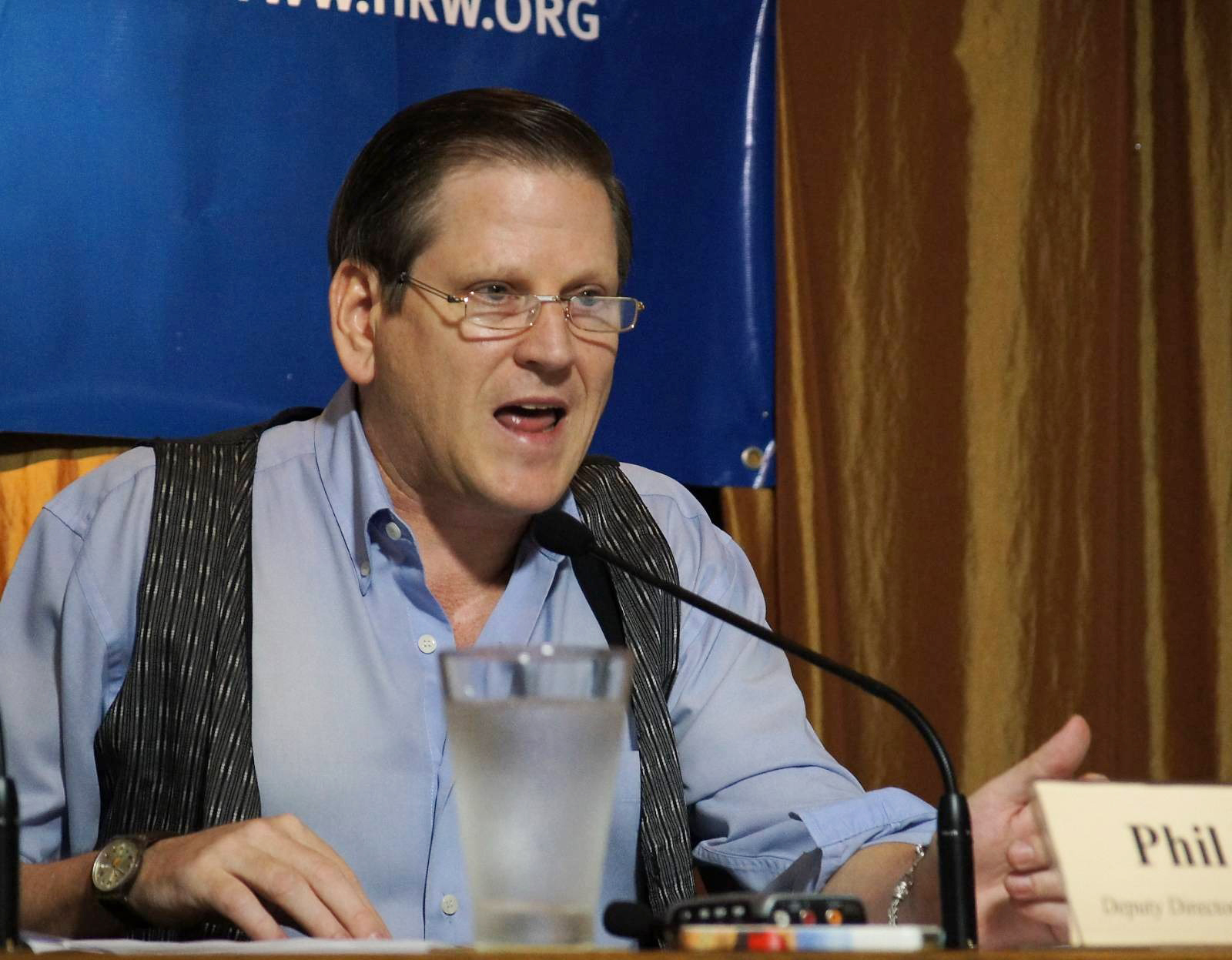 ‘We could still be killed’

In the Philippines, which ranks 138 out of 180 countries and territories in the World Press Freedom Index, Jonathan de Santos, chair of the National Union of Journalists of the Philippines (NUJP), laments the state of press freedom.

“In terms of recognition, [Ressa’s Nobel prize] is good. It sends a message that the world is watching,” he says. “But in terms of actual attitude on the ground, I’m not sure how much it will change. Journalists are still under threat and we could still be killed.”

Robertson agrees, pointing to the Duterte administration’s steady efforts to control the press and the internet. For instance, in May 2020, the government declined to renew the licence of the Philippines’ largest broadcast network, ABS-CBN, which often covered “the war on drugs”. A statement by the NUJP said this shutdown denied millions of people access to essential information during the pandemic and “proves how the tyrant fears truth-tellers.”

At least 22 journalists have died since Duterte took power in June 2016 and he has declared he would like to “kill journalism” in the Philippines, referring to reporters as “spies”, “vultures” and “lowlifes”.

On 9 December, Jesus “Jess” Malabanan – a journalist involved in the Pulitzer Prize-winning investigation by Reuters into Duterte’s “war on drugs” – became the 22nd Filipino journalist killed in recent years. He was shot in the head by unknown gunmen on the central island of Samar.

De Santos says the dangers of reporting have led journalists to self-censor when writing about government affairs, in fear of cyber-attacks or of being “red-tagged” – labelled as communists or terrorists – often without evidence. “This is part of a trend in the region,” he says. “I’ve been talking to colleagues from Indonesia and Malaysia, and they’re facing similar situations so it’s hard for us to get courage from each other.” 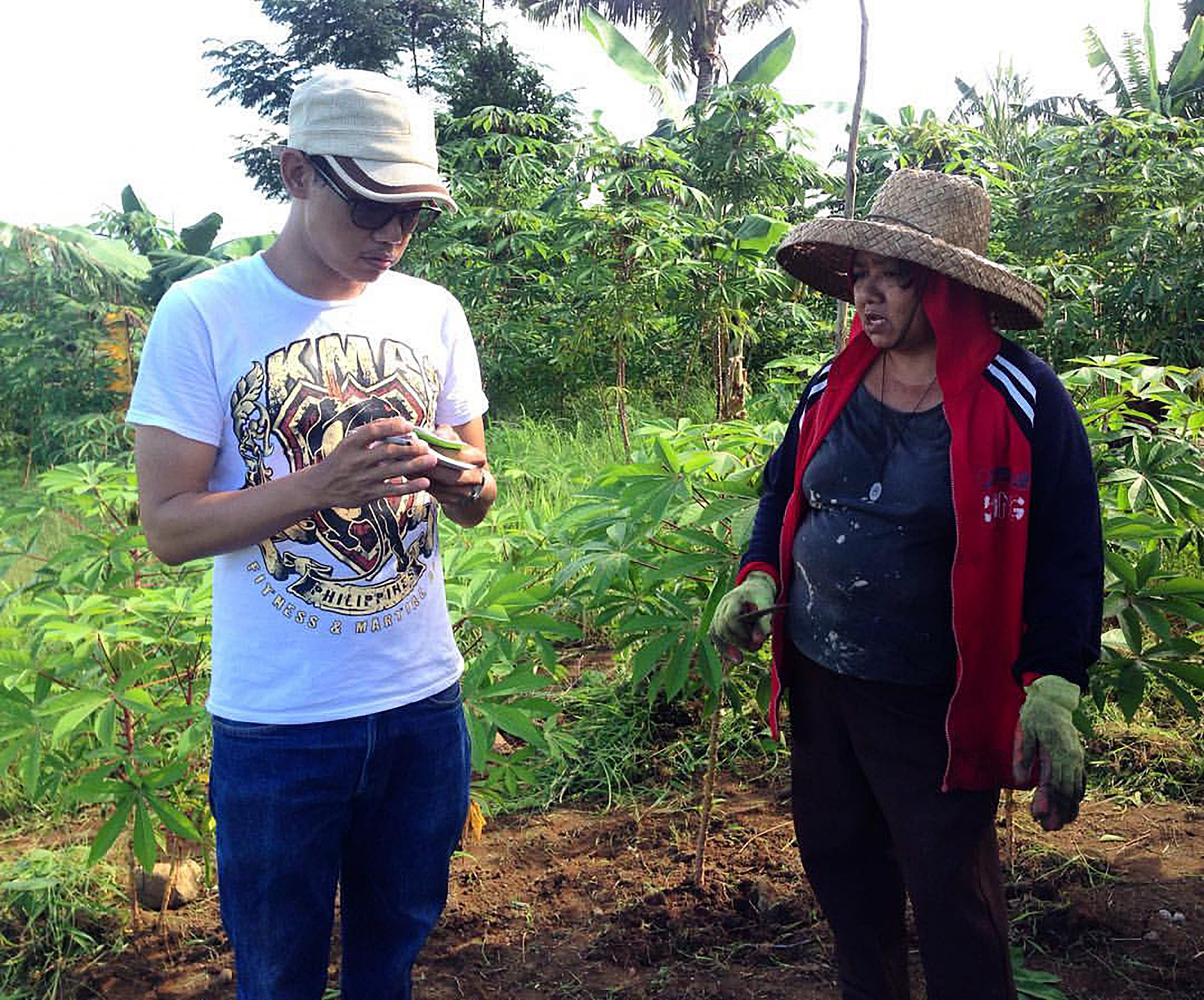 Indonesia, which sits at 113th on the Index, has also seen troubling patterns of media suppression, says Indonesian investigative journalist Febriana Firdaus. The reporter, who recently moved to Bali because she felt unsafe in Jakarta, covers sensitive topics, such as West Papuan independence and LGBTI+ discrimination. Firdaus fears violence against reporters and their family members.

For Firdaus, a recent explosion at the home of the parents of Indonesian social justice lawyer Veronica Koman – who frequently speaks up about human rights abuses in West Papua – made the possibility of violence feel probable, if not inevitable. “That was a warning for me, that perhaps it’s no longer safe for me to stay in my country if I want to report on these issues,” says Firdaus.

There’s good reason to worry. Mara Salem Harahap, the chief editor of a local news outlet in North Sumatra, was shot dead in June. His family said that they believe Harahap’s murder was related to his work, citing past incidents of harassment and violence linked to his reporting on organised crime and drug-dealers.

Indonesia’s Alliance of Independent Journalists (AJI), an organisation defending press freedom, recorded 84 cases of violence against journalists in the country in 2020 – the highest number reported since the group started collecting data in 2006. Since 2018, AJI has ranked the police as the top perpetrators of violence against journalists. In 2020, the police accounted for 55 of the 84 cases, which led AJI to denounce law enforcement as the “enemy of press freedom”.

As in the Philippines, the message seems to come from the top. According to Firdaus, President Joko Widodo’s government likens “good journalism” to the strategies employed by “public relations professionals”, and expects reporters to spin a positive image of the country or face consequences. These range from fines and online harassment to potential prison time or physical violence.

Indonesia has also renewed attempts to suppress press freedom during the COVID-19 pandemic through legal means. In April 2020, the Indonesian National Police issued law-enforcement guidelines banning journalists from publishing false information related to the pandemic or deemed hostile to the government. Furthermore, the country has increasingly used another law, the Electronic Information and Transactions Law (UUITE), to threaten journalists with prosecution. Under the UUITE, journalists could face up to six years in prison if found guilty.

In addition, the government has blocked journalists from transmitting information from remote regions during emergencies. For example, in August 2019, it shut down internet access amid violent protests in West Papua “to accelerate government efforts to restore order”. However, the move also effectively silenced journalists trying to share news during the crisis. 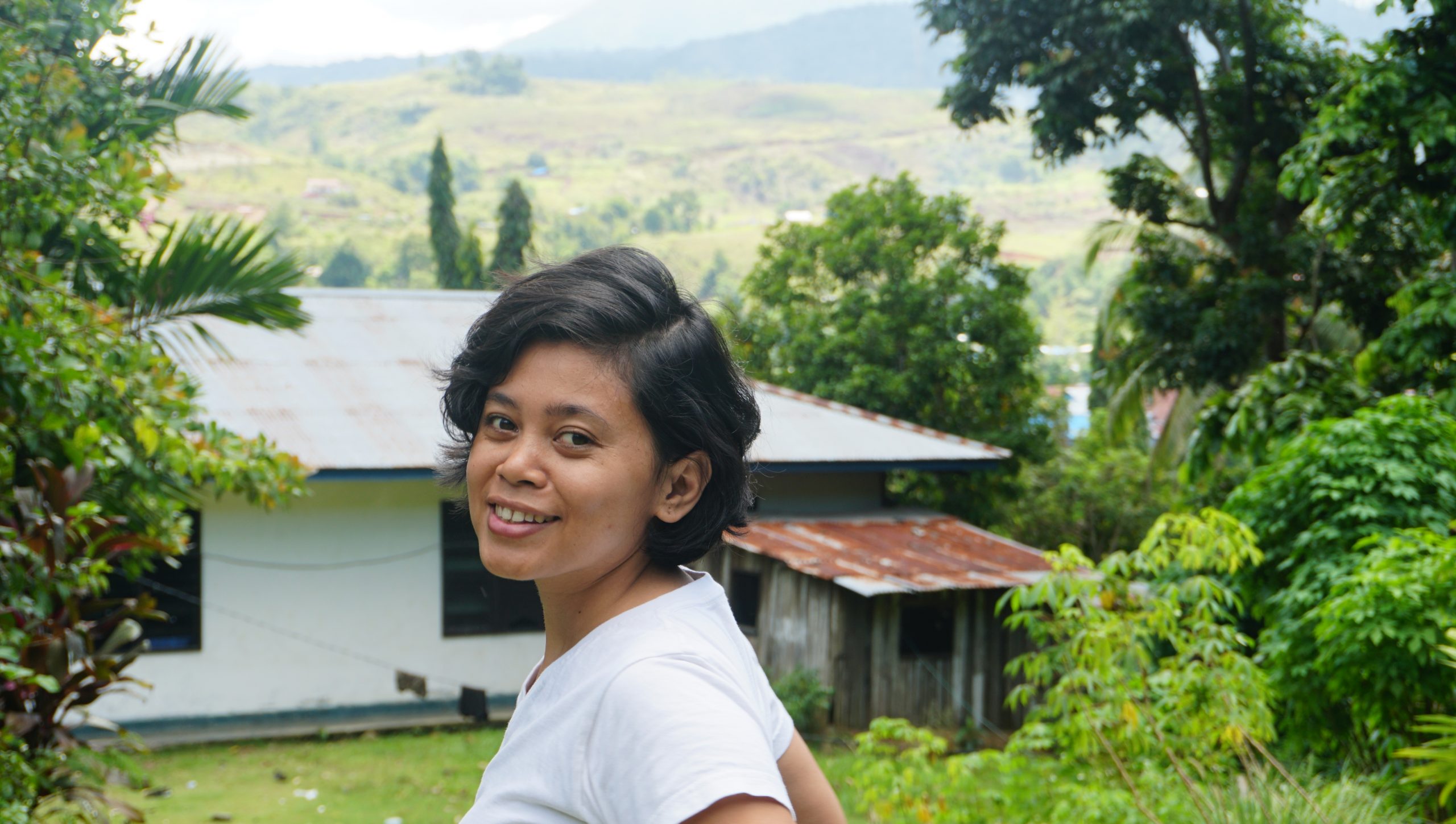 Singapore, which ranks 160th on the Index, has deployed similar legal and regulatory tactics. The ruling People’s Action Party (PAP), introduced the Protection from Online Falsehoods and Manipulation Act and the broadly worded Foreign Interference Countermeasures Act in 2021.

Robertson of Human Rights Watch says that PAP has deployed a “scorched earth’’ policy against independent media outlets like New Naratif and The Online Citizen with a goal to “wipe them out.”

Historian Dr Thum Ping Tjin is the managing director of New Naratif, an independent current affairs website covering Southeast Asia. Thum, one of three Singaporeans who established the publication, says PAP implemented these laws to stifle critical or alternative voices. “It’s very important to recognise that the main way in which these laws suppress media freedom is not so much in the letter of the law, but in its ability to scare Singaporeans into self-censoring,” he says. As long as reporters live in fear of conducting journalism, there is no freedom of the press, he adds.

Although current press freedom trends around the region indicate a clamp-down on independent media outlets, Thum believes some publications will endure because humans have historically resisted suppression and fought for the right to speak, write and live freely.

For example, Malaysian independent news site Malaysiakini has persisted despite enduring hostility from the government in the form of police raids, criminal charges and prosecutions over the years. Earlier this year,  the Federal Court of Malaysia found the publication guilty of contempt over online comments from readers – claiming they undermined public confidence in the judiciary.

However, multiple independent outlets across Asia have shut down despite initial resistance. Within a year of Hong Kong’s National Security Law coming into effect, authorities arrested Next Digital founder Jimmy Lai and other top executives, forcing Apple Daily to print its last edition in June 2021. Since then, Lai has been convicted of organising an illegal rally and inciting others to take part in an unlawful assembly. In December, authorities filed new charges of conspiracy to “print, publish, sell, offer for sale, distribute, display and/or reproduce seditious publications” against Lai and other former Next Digital executives. 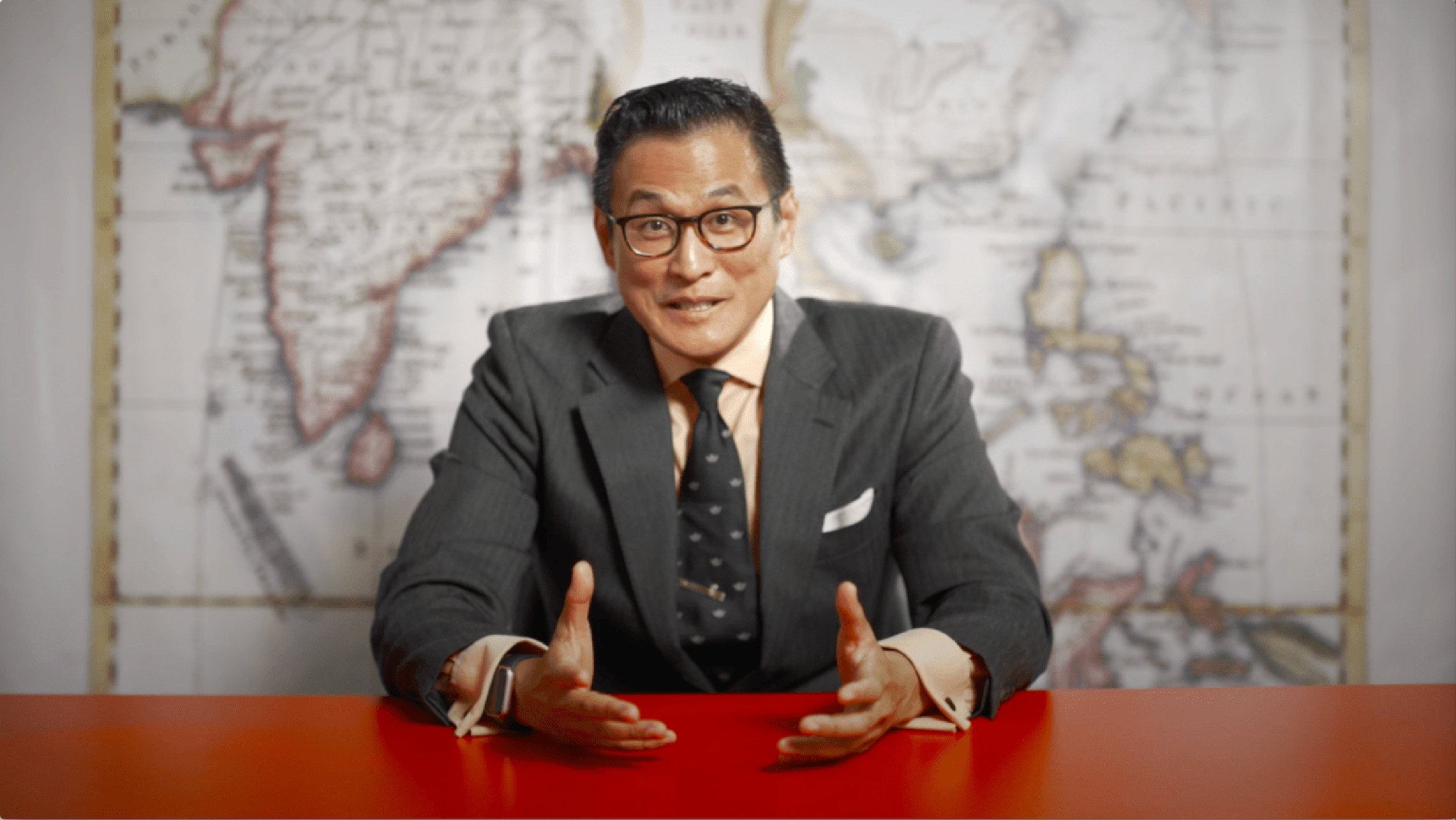 In Singapore, the government permanently cancelled the licence of local political blog The Online Citizen in October, because it refused to reveal its funding sources and “did not fully comply” with legal obligations.

Robertson believes the region’s future will depend on whether countries around the world help fight for press freedom or just turn a blind eye. “The international community has to step in and also throw some elbows [push back] against these governments, demanding press freedom be upheld,” he urges.

Despite the high-stakes atmosphere in Indonesia, Firdaus chooses to press on, saying she feels a responsibility to tell the stories of the people she meets in conflict zones. “The fear I feel is not greater than my moral responsibility to these people as a journalist,” she says.

Ressa, who was unavailable for comment, has publicly vowed to carry on as well. In her Nobel Peace Prize acceptance speech in Oslo on 10 December, Ressa condemned authoritarian governments and social media giants for spreading misinformation and sowing discord.

“[Technology] has allowed a virus of lies to infect each of us, pitting us against each other, bringing out our fears, anger, hate, and setting the stage for the rise of authoritarians and dictators around the world,” she said.

Ressa also expressed concern about the upcoming elections in the Philippines, due to be held in May 2022. “I’ve said this repeatedly over the last five years: without facts, you can’t have truth. Without truth, you can’t have trust. Without trust, we have no shared reality, no democracy, and it becomes impossible to deal with the existential problems of our times: climate, coronavirus, now, the battle for truth. How can you have election integrity if you don’t have integrity of facts?”

Though much remains uncertain, Ressa shared her vision for peace, trust and empathy. “Every day, I live with the real threat of spending the rest of my life in jail because I’m a journalist,” she said. “I have no idea what the future holds, but it’s worth the risk. The destruction has happened. Now it’s time to build – to create the world we want.” 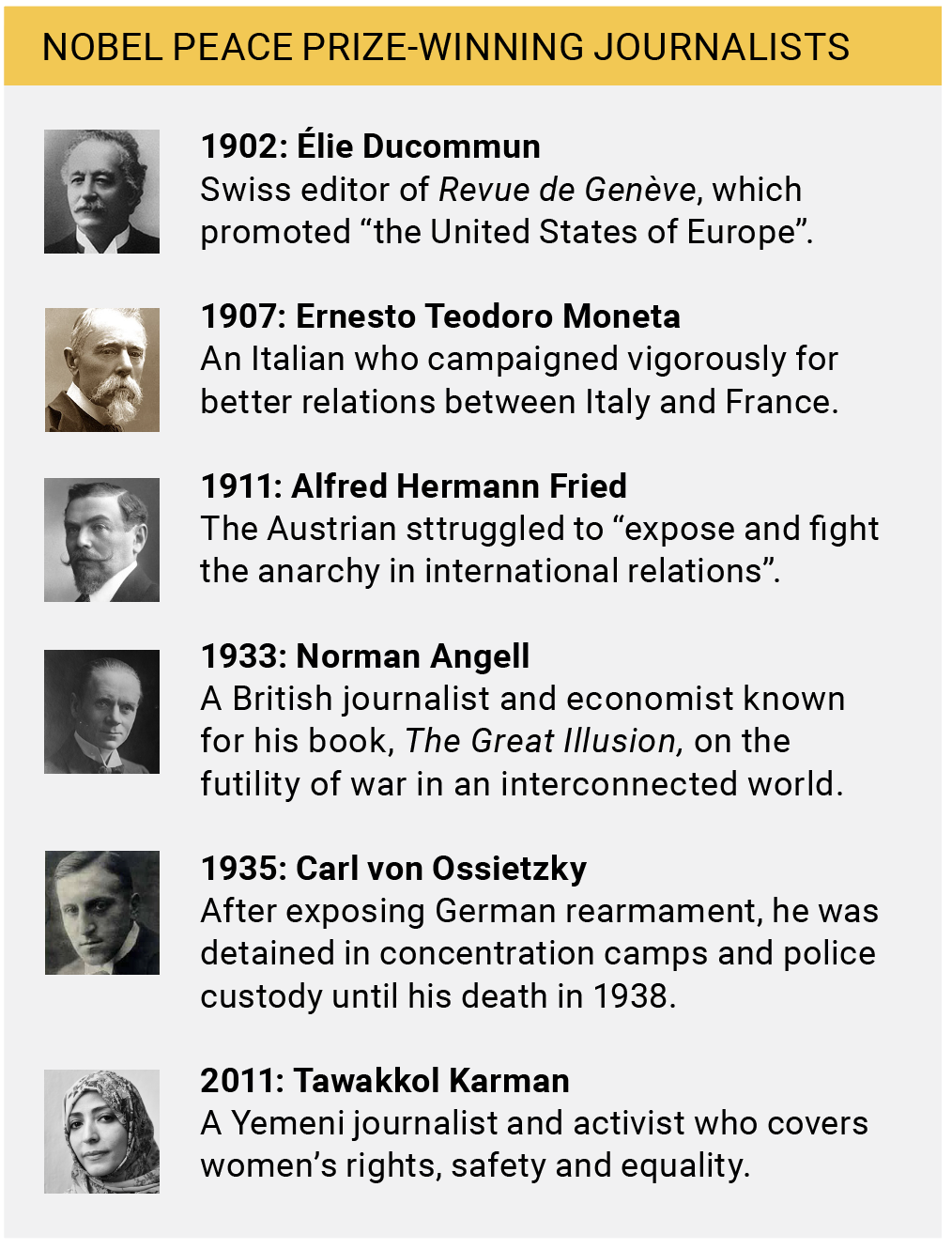 Amy Sood is an FCC Clare Hollingworth fellow and a digital verification reporter at AFP in Hong Kong, monitoring misinformation in India and Indonesia. Prior to her current role, she was an intern at CNN and NBC News.