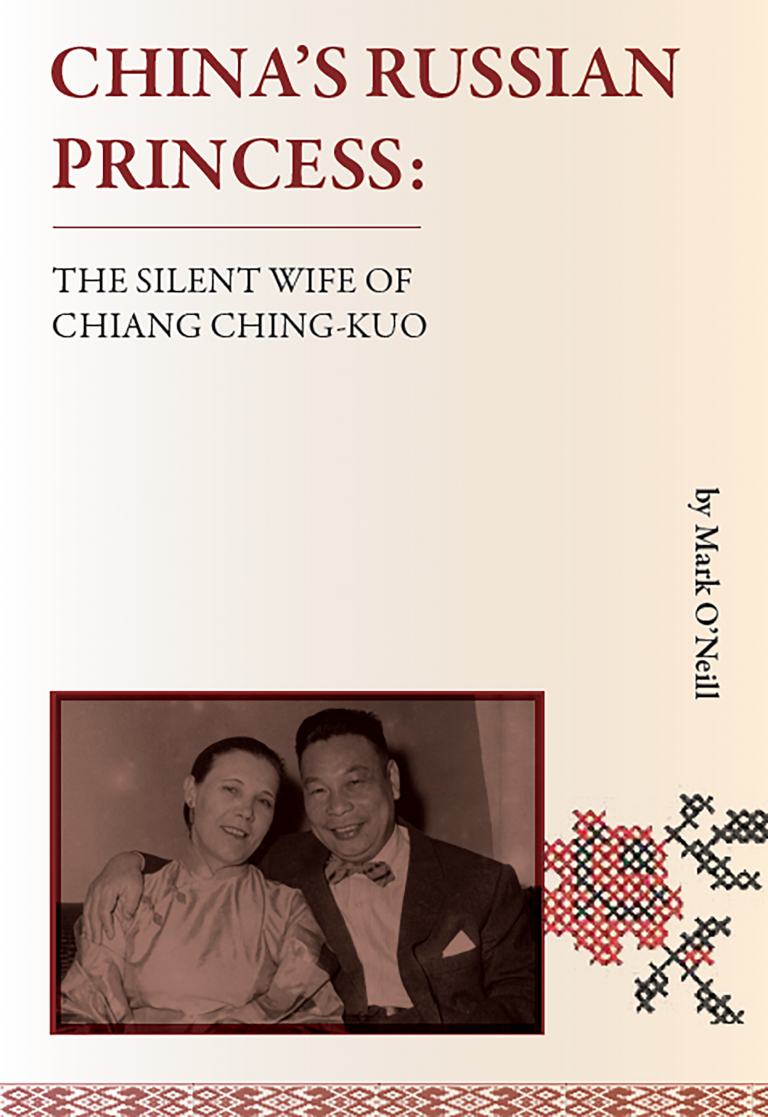 One of the most enigmatic characters to have played a role in China’s recent history is the subject of a new biography greatly relished by Mark Jones.

The subtitle of Mark O’Neill’s latest book, China’s Russian Princess, reads “The Silent Wife of Chiang Ching-Kuo”. There is no dramatic licence here. The subject of this biography is not quoted anywhere in this thoroughly researched work. She made no speeches and gave no interviews; her silence a mixture of personal choice and political expediency.

But it certainly makes for an interesting challenge. Imagine watching a play for two hours where everyone speaks except the main character, and you’ll have an idea what it’s like reading this book.

So why does this woman, so obscure she is not even named in the title, merit a biography?

Simply that she was a remarkable – if, indeed, silent – witness to history: and this is a very 20th-century history of the struggles between Communism and Nationalism, freedom and independence. She was born in Orsha, now part of Belarus, raised in Soviet Russia and lived most of her life torn between one vision of China and another.

The story of Faina Ipat’evna Vakhreva, later known as Chiang Fang-liang, begins, as O’Neill realises it must, with the moment that would dictate the rest of her life.

Faina, 17, has just graduated from technical college and is working as a turner at the Ural Heavy Machinery Factory in Sverdlovsk (which has since reverted to its pre-Soviet name, Yekaterinburg). As she walks home on a freezing night in 1933, a fellow worker saves her from “a burly Russian man” whose “attentions were becoming increasingly unwanted”. Despite her saviour’s apparently “puny” physique, he knocks the aggressor down.

This gallant fellow was a deputy supervisor at the factory. He was Chiang Ching-kuo, the son of the man who would later lead both China and Taiwan, Chiang Kai-shek.

Stalin was still hedging his bets at this stage of China’s battle against the Japanese and the brewing civil war between Mao’s Communists and Chiang Kai-shek’s Nationalists. Chiang Ching-kuo’s role in the USSR swung between hostage and ambassador: but ultimately, in 1936, Stalin sent him back to China to support his father’s cause. He travelled home with Faina, who he had married the year prior. 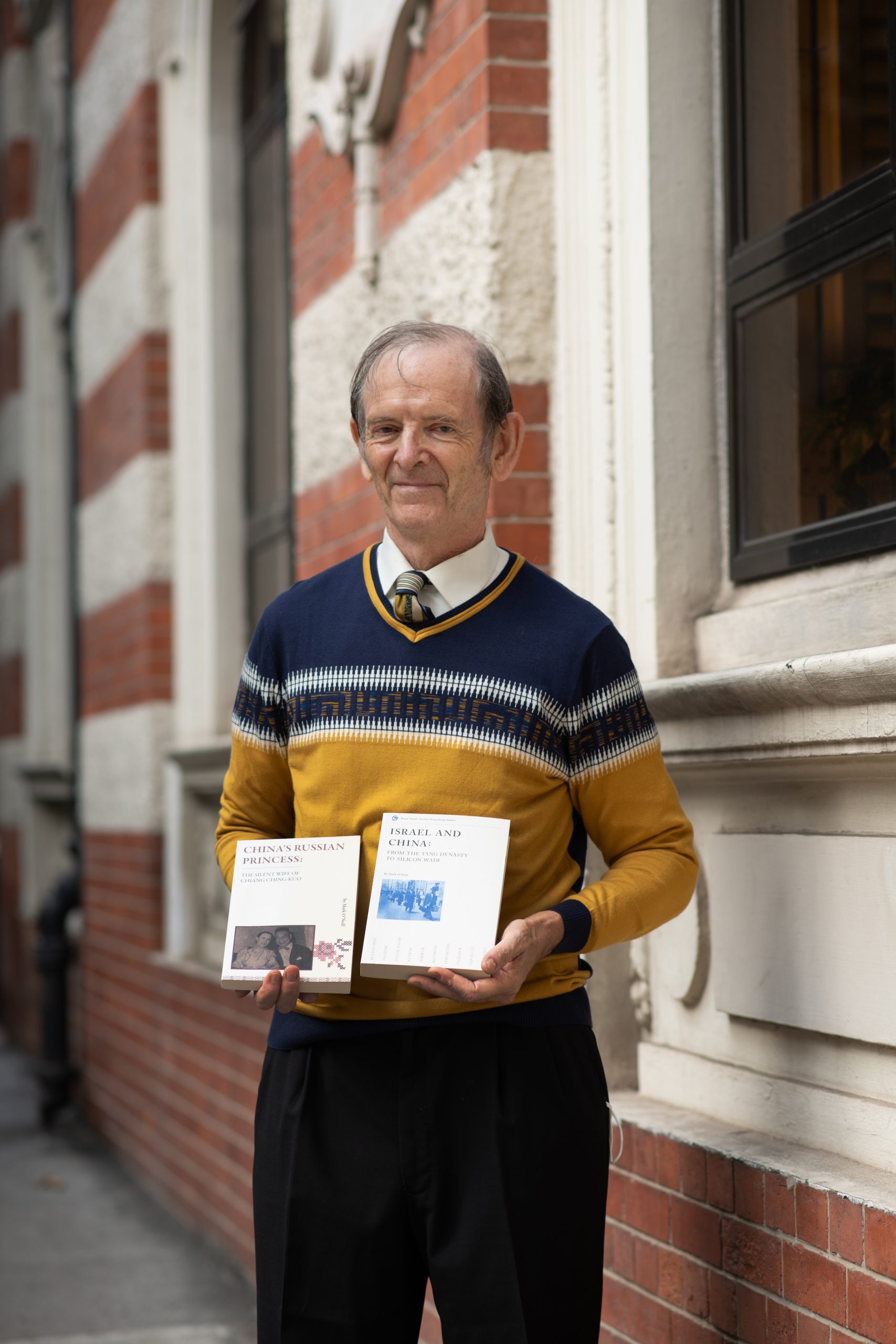 As a Chinese citizen, Chiang Ching-kuo met intense suspicion by the Soviets; as a Soviet, Faina encountered the same hostility from her new fellow citizens in China and, especially, later, in Taiwan. From the time they met until Chiang Ching-kuo’s death in 1988, she largely kept out of public sight.

That may have ensured her safety as the Nationalists fled their victorious opponents and later when anti-Soviet feelings ran high in Taiwan. The couple’s long periods of separation appear to have suited Chiang Ching-kuo, not least when he fathered twin sons by Chang Ya-juo, a journalist and intellectual who died in mysterious circumstances not long after the boys’ birth.

Faina bore that hurt as she bore the many hurts of her life, with stoicism – and (you’ll be getting the idea by now) in silence.

She thus makes for a curious First Lady when compared to contemporaries, such as her starry, blue-blooded mother-in-law, Soong Mei-ling, and proto-feminist Eleanor Roosevelt. She appears to have been content with the role of loyal wife and mother to three sons and a daughter.

When her husband, as President of the Republic of China, decided to effectively disinherit his sons and usher in the democracy we see in Taiwan today, we do not learn whether she approved of his historic break with the totalitarianism they had both known all their adult lives. That may simply be because, well, she never spoke of it.

Faina has found the right biographer. O’Neill’s style is subdued and punctilious, avoiding any temptation to raise the emotional temperature or put thoughts into his subjects’ heads. He is a careful researcher and an even more careful writer, although a more careful editor may have cut a few repetitive passages here and there.

The book, and Faina’s life, ends with a series of tragic events that can only make the reader admire her stoicism all the more. The same goes for the Taiwanese, whose opinion O’Neill seeks in these final chapters. They have no love for Chiang Kai-shek, but his son and his nigh-invisible wife earn some respect, if not affection.

O’Neill ends with the words: “I hope the reader finds her story as moving and dramatic as I do”. This reader was moved, but I missed the sense of drama.