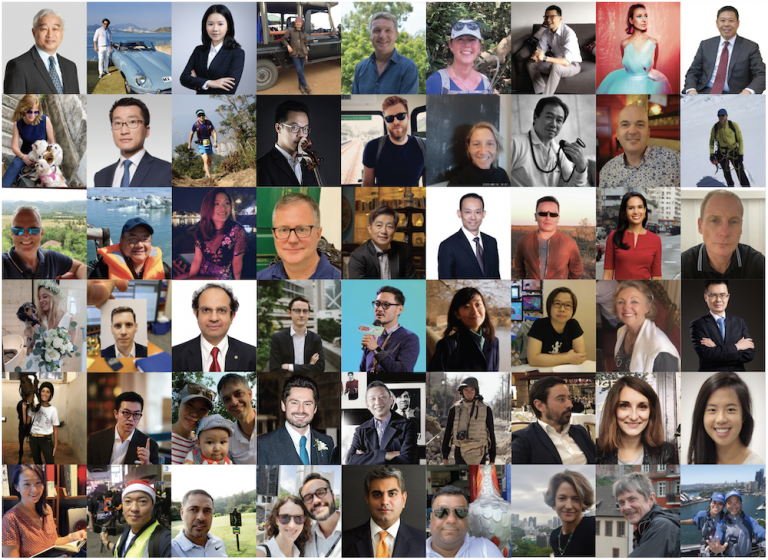 Expanding the FCC Community: How We Vet Membership Applicants

The FCC is one of the most popular clubs in Hong Kong, but not just anyone can become a member. How do we vet applicants? Membership Committee Co-Convenor Kristine Servando takes us behind the scenes.

Walk into the Foreign Correspondents’ Club on any given evening, and you’ll find members of various backgrounds, professions, countries and creeds. This diversity is thanks in part to the Membership Committee, which has long been working to ensure a steady cohort of remarkable people join the club, enjoy the atmosphere, partake in events, and join our efforts to support press freedom.

Helmed by governors and assisted by former board governors, the committee meets once a month to carefully assess applications and determine if the individual would be a good fit for the club. The committee also assigns applicants to the appropriate category – Journalist, Correspondent, Associate, Diplomatic or Corporate – as these determine not just joining fees but also members’ voting rights when it comes to new articles of association, policies and board members.

Correspondent members are those who work for international news outlets and organisations, while Journalist members work for local media. Freelancers can belong to either category, so long as it comprises the bulk of their income. Meanwhile, Associates – the club’s largest contingent – include those who do not work for the press, such as lawyers, businesspeople, public-relations executives, finance professionals, doctors and nurses, educators, NGO leaders and more.

The committee admits those in the diplomatic corps as Diplomatic members. Companies with operations in Hong Kong can apply for a Corporate membership, which is transferable among employees. A firm typically nominates at least three members to join the club.

Once they’ve vetted applications, the Membership Committee presents the names of candidates to the Board of Governors for approval. The FCC then sends newly accepted members a welcome letter with instructions for picking up their member card along with an invitation to an induction ceremony, which is a great chance to meet fellow members and board governors when social-distancing restrictions allow.

New members are in good company: As of November 2020, the club boasts about 2,000 active members in Hong Kong and just as many absent members who have left the city but can temporarily reactivate their account if and when they visit.

Related: How to Become a Member

Silver membership is granted to those who have reached age 65 and have been members in good standing for at least 30 years. They enjoy lifetime membership and no longer need to pay monthly subscription fees.

Over the past few years, the committee has endeavoured to further diversify the club by inviting more women and early-career journalists to join.

Recruitment drives, mainly by word of mouth, are essential to the club’s growth. FCC President Jodi Schneider, who attends every Membership Committee meeting and has been one of the most active recruiters in recent years, says the best tools for attracting new people are the members themselves.

“When I see someone bring in a guest, I ask them if they’ve suggested they apply,” she says, adding that she keeps application forms at the ready. “Much of it is really just awareness.”

Club Treasurer Tim Huxley, another enthusiastic recruiter, says it is “surprisingly easy” to encourage people to join once they experience the club, meet a few other members and “see that they can be part of this incredible institution.”

“Once people realise that they would be welcome and that it’s a very open, informal and friendly place, it’s difficult to argue against joining,” he says. “And that’s before you get them to sample the food and beverages.”

Schneider cites access to potential sources, networking and strong press-freedom advocacy as top draws for Journalist and Correspondent members. Meanwhile, Associates appreciate the atmosphere, the restaurants and bar, as well as exclusive events, such as club panels and photo exhibits.

“For everyone [the attraction is] the food, drinks, terrific staff and great vibe,” Schneider says. “Bringing people to the club is key – once there, the place sells itself.”

Just because you’re called away from Hong Kong, doesn’t mean you have to say goodbye to the FCC. If you’ve been a member for more than a year, you qualify for an Absent membership.

How it works: After paying a one-time HK$2,000 set-up fee, you can reactivate your membership up to three times a year, for two weeks each time, during which you will be charged a pro-rated subscription fee. If you need more time at the FCC, simply top up with seven-day increments up to four times per year.

“During my reporting days in Hong Kong, I found the club lunch sessions useful,” says Beh Lih Yi. Based in Malaysia, the Southeast Asia correspondent for the Thomson Reuters Foundation set up her Absent membership in 2013. “Outside work, I enjoyed exchanging stories with other journalists over a few drinks or a bowl of salt and pepper tofu.”

Elana Beiser, editorial director of the Committee to Protect Journalists, became an absent member in 2011 after moving to New York. “The FCC is such a relaxing gathering place … and it has an air of history about it,” she says. “I had to put Hong Kong behind me, but I’m not really leaving because I’m still a member of the FCC, and I can come back anytime.”