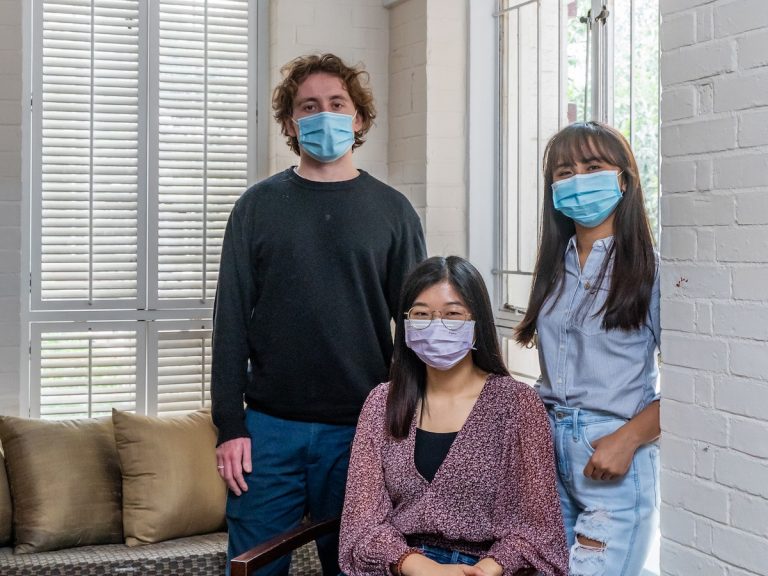 Given recent arrests and accreditation restrictions, would you pursue a journalism career in Hong Kong? Marianna Cerini catches up with three students at the University of Hong Kong to hear their thoughts.

On 22 September 2020, Kenneth Kwok Ka-chuen, the chief superintendent of the Hong Kong Police Force, sent a letter to four of the city’s news associations, including the FCC. In the letter, Kwok laid out plans to amend the “definition of ‘media representatives’ under the Police General Orders”.

The new definition recognises journalists who have registered with the Government News and Media Information Service or who work at “internationally recognised and reputable” foreign media outlets.

According to police, the policy targets “self-proclaimed reporters” who have allegedly “obstructed police work, and even assaulted police officers”; however, it excludes freelance and student journalists, independent media outlets, and those accredited by local press assocations, effectively establishing a subjective accreditation system.

The FCC released a statement in opposition to the decision on 23 September, stating: “This move is another step in the erosion of Hong Kong’s once cherished press freedom as it would give the police – rather than reporters and editors – the power to determine who covers the police … The policy would be a serious blow for freelancers and student reporters – two groups of journalists who have provided some of the most compelling reporting from last year’s protests and police actions.”

Given the increasingly controlled atmosphere for professional and student journalists alike, what is running through the minds of the next generation of reporters? We asked undergraduate and master’s students from the University of Hong Kong about their observations, concerns and plans for the future.

What inspired you to study journalism?

William Langley (WL): I am originally from the UK. I studied Chinese at university, then moved to Guangzhou to work as a researcher at a Chinese genealogy startup where I helped Chinese migrants trace their roots.

I started freelancing and translating on the side, then decided to switch to journalism full-time. In March 2020, I had a job lined up at The Myanmar Times, but that fell through due to the pandemic. So I applied to the HKU Master of Journalism programme as another way of getting into journalism full-time. I arrived here in August 2020, so the national security law was already in place.

Lauren Faith Lau (LFL): My interest in journalism started when I was in high school. The 2016 Hong Kong Legislative Council Election, in particular, ignited my passion for reporting on public affairs. I saw the power of media – how it can engage people and act as a public service.

Julianna Louise Untiveros Barcela (JLUB): During high school, I didn’t see the point of news. But my perspective shifted in early 2020, when I took my DSE (Diploma of Secondary Education). My class graduated in the wake of Hong Kong’s protest movement and the beginning of the pandemic. It was that series of events that made me realise the impact that journalism can have.

What type of journalism do you plan to pursue?

WL: In Guangzhou, I focused on less-sensitive cultural features since I didn’t have a journalism visa. Now that I am in Hong Kong, I hope to get into more timely stories and deep dives on current affairs, politics and investigations.

I will write whatever I can get my hands on in relation to China, but I am particularly interested in politics and the intersection with religion, immigration and culture.

LFL: So far, I have done a lot of hard news internships – I would like to be a correspondent abroad or explore investigative journalism. I love asking questions and talking to people, so I’d like to integrate that into my work.

JLUB: I don’t know yet, as I am just starting my journalism programme. Perhaps longform features, because I am passionate about writing.

Langley researching a story in Guangdong in March 2019.

How has the national security law affected you?

WL: The law only underscores the importance of journalism as an essential public service. If you have been living and working in Hong Kong, I can see how earth-shattering the law must be.

But as a foreign journalist hoping to work in China, it doesn’t change much for me. Compared with Guangdong, it’s still freer and easier to report here.

LFL: My approach to journalism has changed. Before the protests, I never realised the role videos and photography play in storytelling.

So recently, I’ve found a new appreciation for different types of visual and multimedia journalism. I’ve also paid more attention to citizen journalism – and how it can be crucial, if done properly, to disseminate news.

JLUB: It has only further amplified how important journalism is to the public, and to me.

What about the police ban on student journalists?

WL: It has not impacted me directly, but it is a shame. Coming from China, I was looking forward to working openly as a freelancer in Hong Kong. These accreditation changes make me wonder if the government will introduce journalism visas next.

That said, a friend of mine went to a protest as a student journalist after the announcement. He wore an HKU Faculty of Journalism press pass and the police let him report. For me, that is a sign that there is a bit more leeway than what you’d see in China. But maybe he was just lucky.

LFL: I’m practicing journalism with a news agency right now, so I am not so affected by the accreditation problem. But for university online media and student reporters, it is extremely unfair.

As students, we all want to gain on-the-ground experience. These restrictions hold us back. What student journalists offered to the world in terms of reporting in 2019 was irreplaceable. They are in a unique position of being able to communicate with students and youth.

Students also understand how the [movement] uses social media and how young people in Hong Kong think. I know many of them found so much meaning through their work last year; it is sad to see this right ripped away.

Lau doing a standup report for i-Cable News Channel during a 2020 internship.

Have your lecturers had to adapt any lessons?

WL: If anything, I’ve been surprised by how outspoken they have been about the situation. My lecturers have been adamant that they are not going to compromise on news values – they are going to keep doing what they do. That’s really inspiring.

JLUB: Just last week [in November 2020] in one of my classes on press freedom, our teachers had to hold back a slide, because of potential repercussions. But that is the only instance I have seen.

LFL: I’ve been taking a public affairs reporting course, and our professor has been encouraging us to continue as normal. Support from journalists before me makes me believe there is still a role for me to play in this world. It’s a great time to be a journalist because there are so many important stories to tell.

Do you plan to stay in Hong Kong after you graduate?

WL: Yeah, I would really like to work here for a couple of years then move to China, or perhaps Myanmar, where there are many micro examples of ‘China in the world’ type stories, be that Belt and Road investments, drug trafficking rings, or casino towns sprouting up.

This winter, I am doing an internship at the SCMP on the China desk. I would love to get back to mainland China eventually and work as a China correspondent.

LFL: I don’t think Hong Kong will be a good place to develop as a young journalist. Of course, I am eager to seize as many opportunities as possible to hone my skills and grow professionally here. This is my home, and the Hong Kong story is one I really want to tell. I would love to be a part of that. I just don’t know how feasible it will be.

JLUB: I also don’t think Hong Kong will be the best place to pursue a career in journalism, especially as we don’t know what’s going to happen over the next five or 10 years. I don’t have a set path yet, however, I am open to going overseas for work.

WL: I would disagree with the idea that Hong Kong isn’t a great place to learn, but I have a different perspective. I grew up in Norfolk, England – I love it, but it’s a rural backwater. There’s one newspaper and little interest in what goes on there outside of the local community.

By contrast, Hong Kong’s media landscape is well developed and it’s a huge city in the middle of Asia – people all over the world care about what happens here. There are so many stories to cover, and I think Hong Kong is a great place to learn and work.

Barcela will graduate from HKU in 2024.

What is your hope for journalism in Hong Kong?

WL: I think journalists will be in a difficult position in the mid- and long-term. Although, even in the strictest of places, like Myanmar and China, journalists are still doing excellent reporting, exposing corruption and criticising the governments. They can still produce great journalism – and I hope they persevere.

LFL: I hope they do the best they can. Things have been happening unexpectedly and quickly, what we can do is remember why we pursued journalism in the first place. This is what motivates us to push forward with our jobs.

JLUB: The future of media organisations in Hong Kong seems to be heading down a dark pathway, but I hope that the passion of journalists doesn’t falter under such dire circumstances. 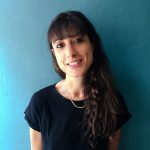 Marianna Cerini is a freelance journalist writing about culture, travel and lifestyle. In Asia since 2010, her work has been published by CNN Style, Al Jazeera and The Daily Beast among others