News The Correspondent How Press Clubs Across Asia... 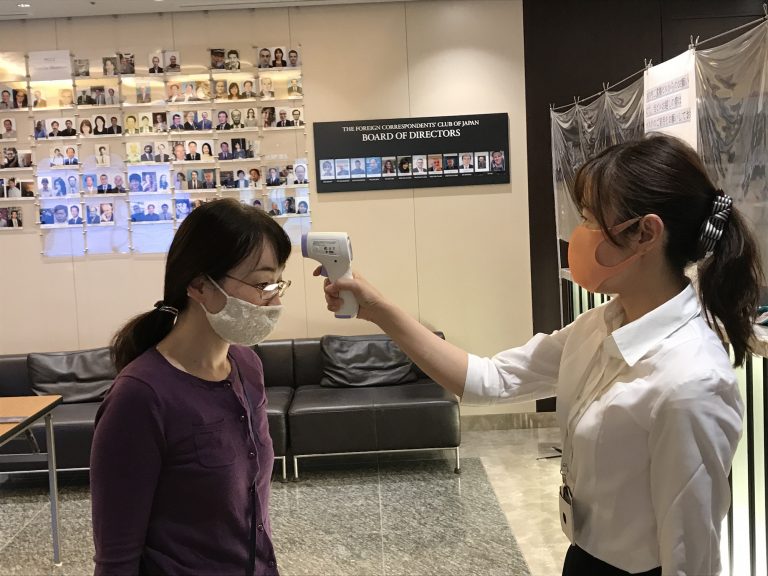 How Press Clubs Across Asia-Pacific Have Adapted to Covid-19

Katie Forster checks on press clubs around the region to learn how they’ve pivoted during the pandemic, from introducing virtual panels to new content strategies, healthcare and career support.

The pandemic has upended lives and business around the world, including the operations of press clubs across Asia-Pacific. Travel restrictions have left some correspondents stuck abroad for months, while ever-changing social-distancing requirements and evolving member needs have kept clubs on their toes.

Just as we at the FCC in Hong Kong have adjusted – and have had a very successful series of Zoom talks – so have others in our region. From Manila to Melbourne, journalist associations have upgraded their technological capabilities, experimented with online content, introduced helpful Covid-19 support, developed new partnerships and held successful fundraisers.

A member gets her temperature checked at the FCCJ in Tokyo.

The Foreign Correspondents’ Club of Thailand (FCCT) in Bangkok is one of the few press clubs in Asia with its own bar – usually a buzzy spot for reporters to discuss politics, story ideas and travel plans. But in March until mid-June, Southeast Asia’s oldest club for foreign journalists had to close its doors due to Covid-19 restrictions.

With operations on hold, the organisation quickly shifted its focus from offline to online services. First, the club expanded the coverage of its weekly FCCT Bulletin, incorporating articles about coronavirus relief efforts as well as interviews with members, political figures and Thai residents about life under lockdown.

It was a resounding success: by the end of the lockdown period, subscribers to the free email newsletter jumped by around 500, from roughly 3,200 to 3,700, mainly through word of mouth and social media marketing.

The publication also enabled the club to hold a fundraising campaign. “When we were locked down for more than two months, club revenues fell off a cliff,” says Club President Gwen Robinson. Through a donation drive, the FCCT managed to raise roughly US$15,000, enough to cover one month of salaries, rent and utility bills, she adds.

Bangkok’s restrictions gradually eased over the summer; however, the club continues to cap gatherings at 60 people as a safeguard. Robinson says demand for panels, discussion and interviews skyrocketed in 2020, driven in part by the international interest in the youth-led, anti-government protest movement that erupted in the Thai capital.

“There was a real regeneration [for the club],” says Robinson. “People were reminded that this is one of the only spaces left in Thailand for open debate and discussion unless it’s on the streets.”

As a result, members have started coming in for drinks, dinner and events more often. “We’ve been having two to three events a week, as opposed to about once a week before,” she adds, which helps offset the revenue lost from reduced audience numbers.

The FCCT upgraded its audio-visual equipment in 2019 and 2020 to produce high-quality virtual events. (Photo: Jonathan Head/FCCT)

For those who can’t attend in person, the club also live-streams all of its events – a shift also made by other journalism associations in the region, including the Foreign Correspondents’ Club of Japan (FCCJ) in Tokyo. Switching to online events has enabled the FCCJ to host international guests, broadening the scope of its coverage and conversations.

In July, the FCCJ streamed a press conference by Taiwan’s 39-year-old Digital Minister Audrey Tang, the youngest person to serve as a government minister in Taiwan. Tang has been instrumental in tackling the pandemic with data- and technology-driven solutions.

Being able to feature speakers like Tang has been “great”, says FCCJ President Isabel Reynolds, but she acknowledges that online events can’t match in-person experiences. “There’s an atmosphere you get from everyone gathering and seeing the person – and being able to ask a question in person and see how they react – that is not quite the same,” she says.

The Foreign Correspondents Association of the Philippines (FOCAP) in Manila has also embraced online platforms to host talks and press conferences. Previously, the club held events at hotels and other venues around the city since it does not have a physical location.

“Because of the ease of getting people together online, we’ve actually been able to hold a lot more media forums this year,” says FOCAP Treasurer Barnaby Lo.

“It’s a little harder staying afloat financially during a pandemic, but we are managing well because the expenses are also lower,” he says, noting that in-person events are more costly to host. The club is mainly funded by membership fees, while sponsorships cover major annual events and a magazine.

Given the ease of running events virtually, Lo adds, FOCAP anticipates staying online for “some time to come, even beyond the pandemic”, but hopes to reintroduce in-person events by the middle of 2021.

In September 2020, the Melbourne Press Club hosted “The Edit: Multicultural Media and COVID-19”, a panel discussion on the need for diverse, multilingual coverage. (Photo: MPC)

The Philippines has been one of the hardest-hit countries in Asia, with the country reporting roughly 473,000 total Covid-19 cases and 9,200 deaths as of 30 December 2020. To help members who may be at risk of contracting the virus on the job, FOCAP provides personal protective equipment and testing when possible as part of an agreement with the Philippine Red Cross.

“Other than that, we’ve given small financial assistance [to members in need] but we don’t really have the financial capability to provide more help. We wish we did,” Lo says.

In Melbourne, residents have endured several waves of strict lockdowns with the most recent ending in October 2020. At the same time, unemployment has surged across the city and many journalists have faced a rash of redundancies, says Cathy Bryson, CEO of the Melbourne Press Club (MPC).

“People are just being let go,” she explains, noting that many smaller titles have closed down completely. To support out-of-work members, the club began organising career management events in 2020.

The MPC has suffered losses of its own, including two major sponsors in the hard-hit airline and university sectors. Despite obstacles posed by the pandemic, Bryson has reason to feel optimistic.

So far, the club has retained its membership base and strengthened its relationship with research institutes, says Bryson. For example, the MPC has teamed up with the Dart Center for Journalism and Trauma to share mental health resources with journalists.

In Indonesia, which has reported more than 735,000 coronavirus cases and 21,900 deaths as of 30 December, correspondents must face a difficult decision: Should they stay, or should they go?

At the Jakarta Foreign Correspondents Club (JFCC), five out of the eight members on the club’s organising committee have relocated due to a variety of factors: reporting difficulties, healthcare worries, visa delays, family reasons, and temporary postings elsewhere.

JFCC President Ed Davies, who has been working in Sydney since April 2020, says his team now relies heavily on social media to communicate, as well as organise online events and keep the club running.

“The number of foreign correspondents in Indonesia has fallen anyway, because of the general pressures on the media … so I think [the pandemic] has accelerated some changes that were already happening,” he says. “It’s concerning. That’s why we’re all trying to work as hard as we can to keep the JFCC events going.”

The JFCC has been able to cover its operating costs this year thanks to changes made before the pandemic. In the two years prior, the club had already closed its permanent office space and reduced full-time staff members due to budget constraints.

The club has also secured funding from new sponsors. “We managed to get fresh sponsorship in some new areas such as startups in the digital economy,” he says, adding that they are also exploring possibilities of working with fellow press clubs in the region.

“Any collaboration with other clubs – particularly in terms of sharing ideas on how to support a free media in the region – is welcome. Also, reciprocal membership arrangements are something that is useful for members, who may be based in one country but often covering a string of countries in the region.” 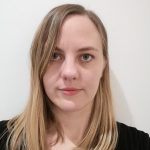 Katie Forster is an editor for Agence France-Presse in Tokyo. She moved to Japan in 2020 after three years in Hong Kong. Before relocating, she was a correspondent governor at the FCC.