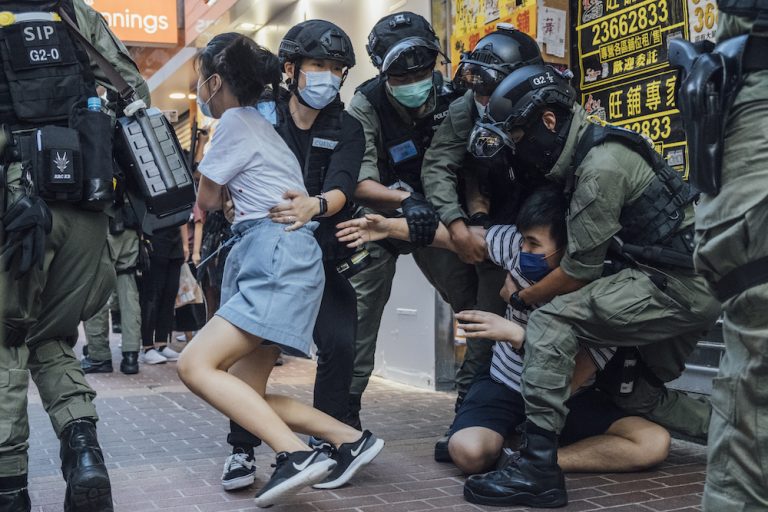 2021 Human Rights Press Awards Winners on Why Their Work Matters

It is lamentable that there was no shortage of entries for the 25th edition of the Human Rights Press Awards, which are organised by the FCC, Amnesty International and the Hong Kong Journalists Association. But as Rhea Mogul reports, the high standard of submissions was inspirational.

At the helm of any news story is a fierce commitment to telling the truth. Under increasing political and societal pressure, journalists now more than ever understand the need for urgent, accurate and nuanced reporting that holds power to account and defends vulnerable communities.

Despite increasing challenges, journalists’ unwavering quest for the truth remains one of the bulwarks of free expression and a free press. Their storytelling has exposed uncomfortable realities and given a voice to the voiceless.

Now in its 25th year, the Human Rights Press Awards sets out to celebrate the work of journalists from across Asia who have demonstrated tremendous courage in honouring these principles. Organised by the FCC, the Hong Kong Journalists Association (HKJA) and Amnesty International Hong Kong, this year’s winners were announced on 6 May.

Even in the face of particularly difficult times, which included a global pandemic and political upheaval, the winning journalists delivered original and compelling rights-related reporting that exposed wrongdoing.

The Correspondent spoke with a selection of winners about their work, what it reveals and why it matters.

Freelance journalist Alex Chan Tsz-yuk’s winning photograph of a Hong Kong protester being held to the ground by two policemen was taken on 10 May 2020, after clashes broke out between the police and anti-government protesters in Mong Kok. Some 230 people were arrested that day, and the HKJA strongly condemned police treatment of reporters covering the event.

Alex Chan: “I saw three very young protesters get arrested. One young man – the one in the photograph – was trying to reach for something as the police arrested him, but he was pushed to the ground. His fingers then spread open to show the protest slogan ‘five demands, not one less’. That is why I named it ‘The Struggle’ because I think it matches what Hong Kong people are facing after the passing of the National Security Law. They continue with their struggle under political repression.

“That day was one of the most unfriendly journalists ever experienced at the hands of the Hong Kong police. Soon after I took the shot, I was pepper sprayed mercilessly. Some journalists, including myself, were forced to kneel down and stop recording. But instead of stopping, I took out a GoPro and continued my work.

“The police also told us to show our press cards and made us say our names in front of a camera. They said they had recorded us for illegal assembly. During the very unpleasant experience, my only thought was that I need to protect the pictures I took, and try to publish it as soon as possible. As a journalist I will keep doing my work, document and tell the truth.”

Journalists from the Taiwan-based publication Mirror Media spent one year documenting how the lives of Hong Kong protesters changed after the implementation of the National Security Law. The judges praised their probing interviews, which encapsulated the feelings of Hong Kong people.

Hung-Chin Chen, one of the winning journalists on the Mirror Media team, explains: “I visited Hong Kong in 2019, during the pro-democracy movement, and interviewed nine Hong Kong people. Some were normal people like us, who were valiant protesters; others were legislators and scholars. Back then, we wanted to paint a picture about these people and understand what made them take to the streets, what they were feeling when they protested and what made them desperately fight for power under any circumstances.

“None of us could foresee that the National Security Law would soon be imposed on Hong Kong. In less than one year, we knew that the lives of these nine people would have changed drastically. We strongly wanted to write a follow-up report about what happened to them.

“I felt sorry that some of them chose not to be interviewed again for fear of what would happen. I also felt so thankful that some were brave enough to accept, and told us that they were continuing with their defiance and protests.

“Others told us that they had started hiding their social media posts out of fear. We tried conveying what this must have felt like, and how the new law changed their lives.

“Journalism is the first rough draft of history. We hope we can do our best to show our readers the truth and real change that Hong Kong has been facing.”

RTHK’s investigation into the Yuen Long attack of July 2019, which saw an armed mob beat commuters and protesters inside a subway station, was praised by the judges for “chasing the smallest clues” and “interrogating the powerful without fear or favour.”

Freelance producer Bao Choy was convicted and fined HK$6,000 in April for making false statements while obtaining vehicle registration records during her research. RTHK had tried to withdraw its entries from the competition but HRPA organisers declined to cooperate. In the wake of her conviction, we spoke with Choy and her teammate Sze-sze Cheng about their investigation and reporting process.

Bao Choy: “A year after the attack, many of the victims still haven’t found justice and the assailants remain unpunished. This should not be accepted in a civilised city. We therefore decided to reopen the investigation and look at all the tiny details which could provide more information and the forces behind the attack.

“A team of four spent a few months re-watching all the online footage from the night, as well as CCTV footage. We had to mark every tiny clue, and use those clues for further investigation. We used a spreadsheet to share our discoveries, partnering in teams of two to approach the alleged assailants because of security concerns.”

Sze-sze Cheng: “The process was long, but very rewarding. The most memorable part was when we approached villagers and asked for their responses. It was dangerous, but it was part of our job and we had to do it.”

Choy: “It was extremely difficult to get people to talk to us about this particular incident. It seems those white clad-men involved were asked to remain silent. In some ways, their silence reflects a part of the truth.

“Being truthful and transparent are the core values of our work as journalists. Winning this award is recognition of our team and effort. It is proof that we will counter those who want to erase or rewrite history.”

Cheng: “Our reporter Bao Choy was charged and convicted of false declaration. I think that’s the most cynical thing, and she did her best to fight press freedom. Our work is a part of history and serves as important documentation.” 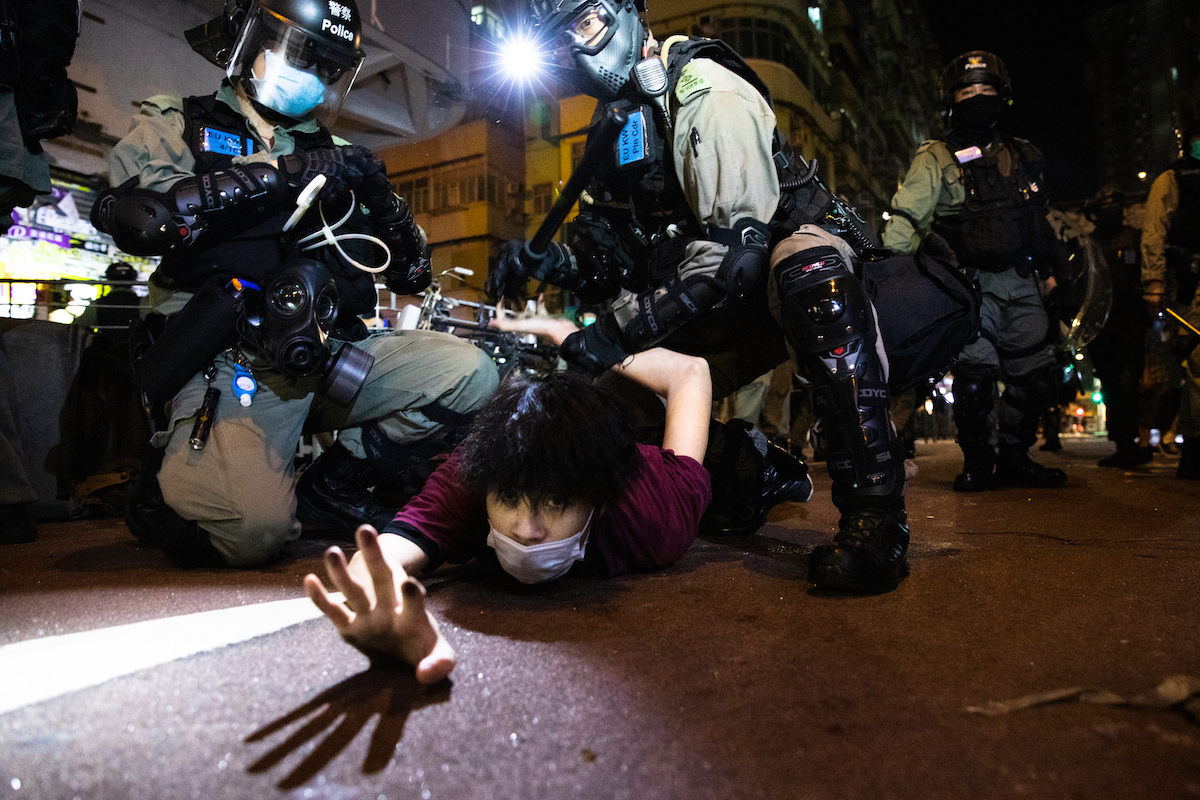 A protester signals “Five demands, not one less” while getting arrested in Mong Kok. 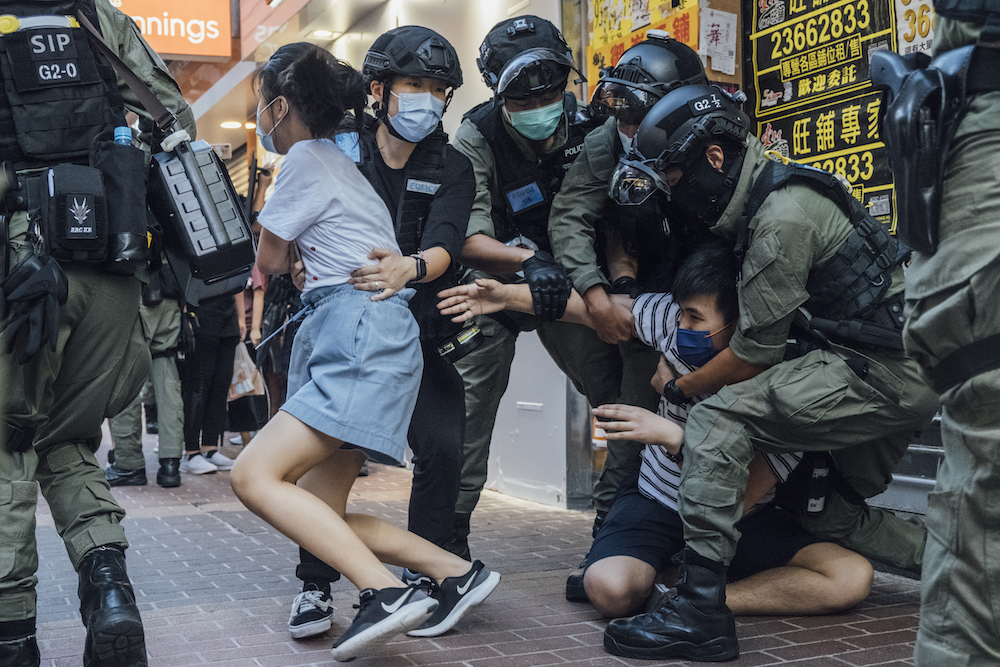 When police “kettled” a crowd of demonstrators in Hong Kong, two young childen – brother and sister – attempted to flee but were grabbed by heavily armed officers. In a futile attempt to protect her, the boy reached out to his sibling.

‘Little Brother and Little Sister’ won the People’s Choice Award with more than 21,000 online votes. The Correspondent spoke with one of the HRPA organisers, Mary Hui, about the winning shot.

“The photo was taken at the height of the mass protests. As has been widely reported, the Hong Kong police increasingly adopted a tactic of ‘kettling’ protesters and other citizens who happened to be near an area of protest, making mass arrests by sweeping up large groups of people,” says Hui.

“This image of two underage siblings dressed in shorts and a T-shirt being forcibly restrained and overpowered by fully geared-up riot police officers is very striking. The widely documented use of heavy force by the police, and the unaccountability of the officers, was and continues to be a major public grievance that has severely damaged trust in law enforcement, and more broadly, the government.

“I imagine that many people who voted for this photo thought that the image captured and represented these complexities in a split second.”

A Mob out for Blood
Danish Siddiqui, Reuters
India, 24 February 2020 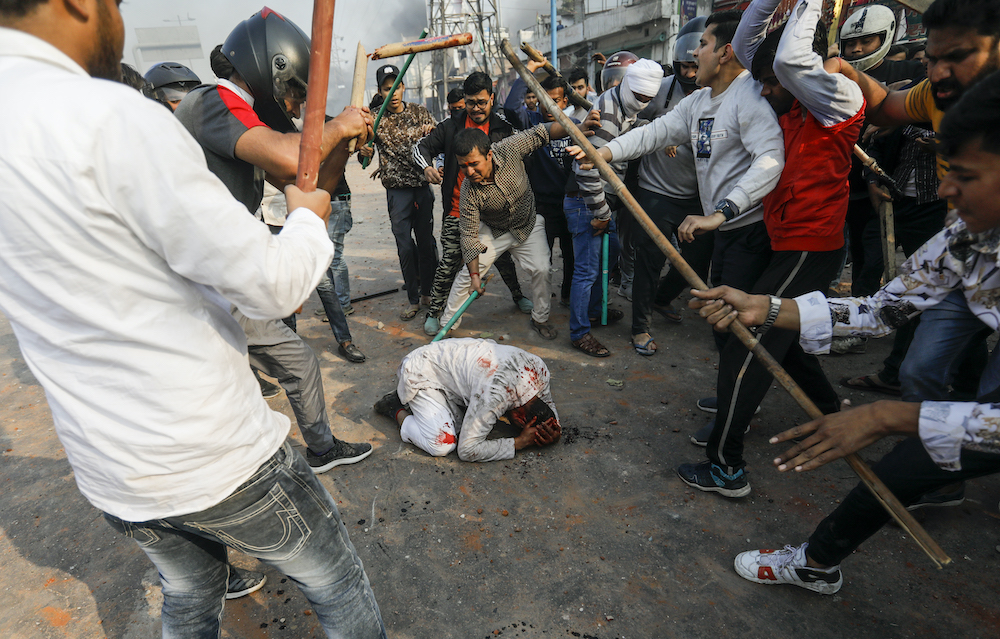 A group of men chanting pro-Hindu slogans, beat Mohammad Zubair, 37, who is Muslim, during protests sparked by a new citizenship law in New Delhi. Zubair was on his way home from a mosque when he came across a large Hindu crowd. “They saw I was alone, they saw my cap, beard, clothes and saw me as a Muslim,” Zubair said. “They just started attacking, shouting slogans. What kind of humanity is this?” 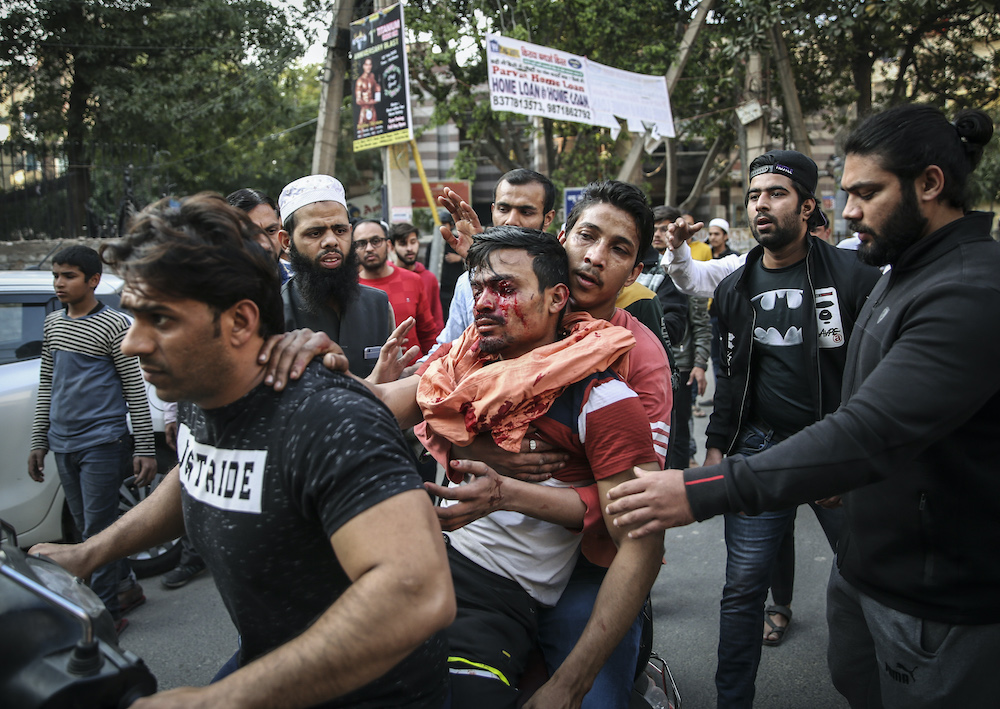 An injured man is rushed to a hospital after clashes erupted over a new citizenship law in New Delhi on 25 February 2020. 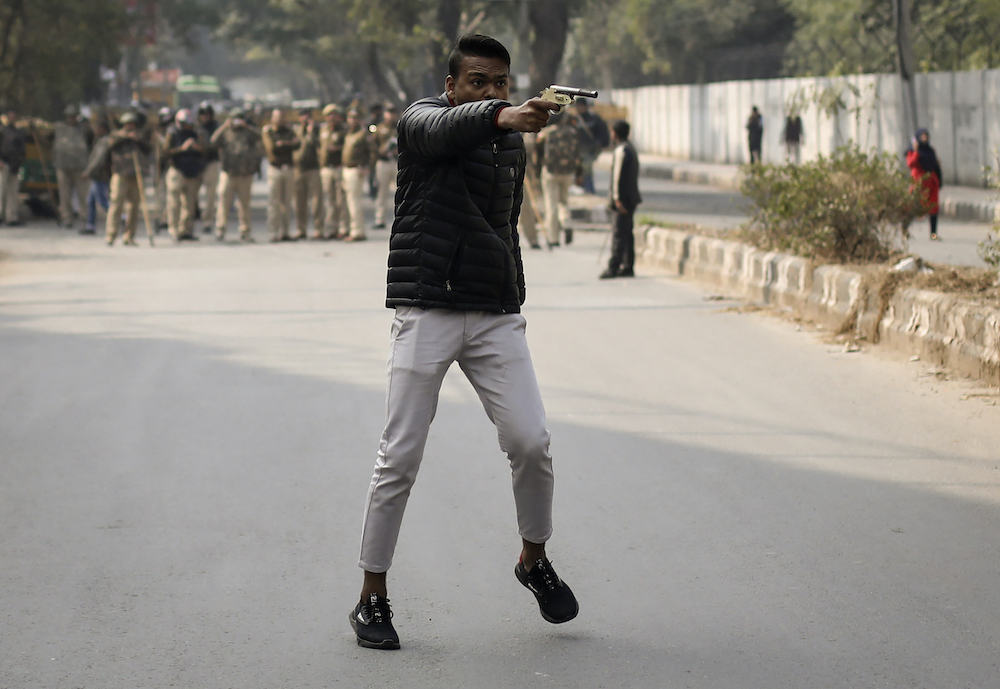 A man brandishes a gun during a protest outside the Jamia Millia Islamia university in New Delhi on 30 January  2020. 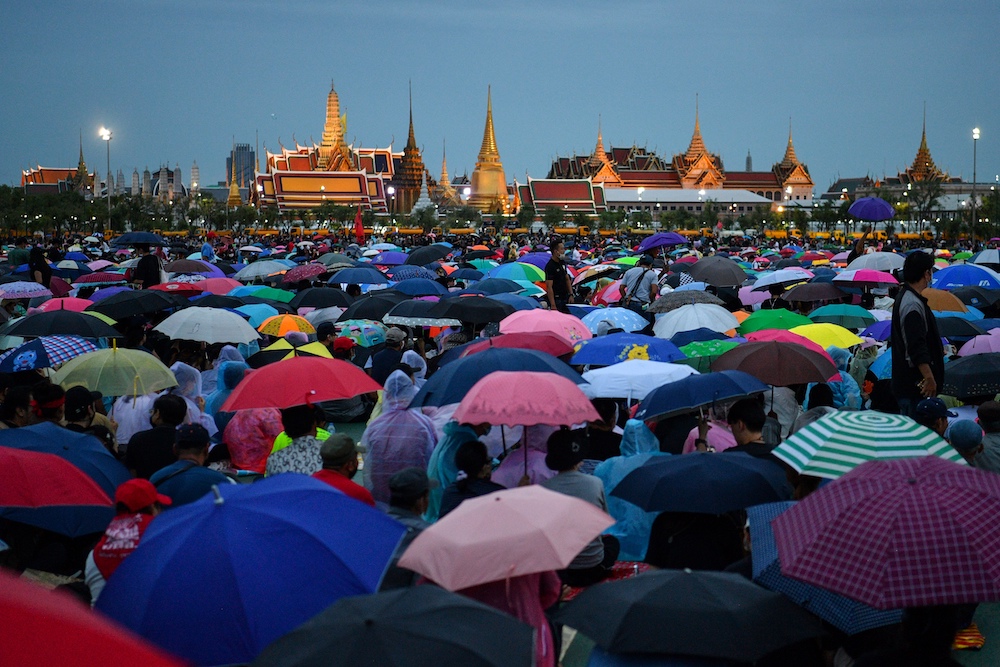 Anti-government protesters gather in Sanam Luang during a pro-democracy rally in Bangkok on 19 September 2020. 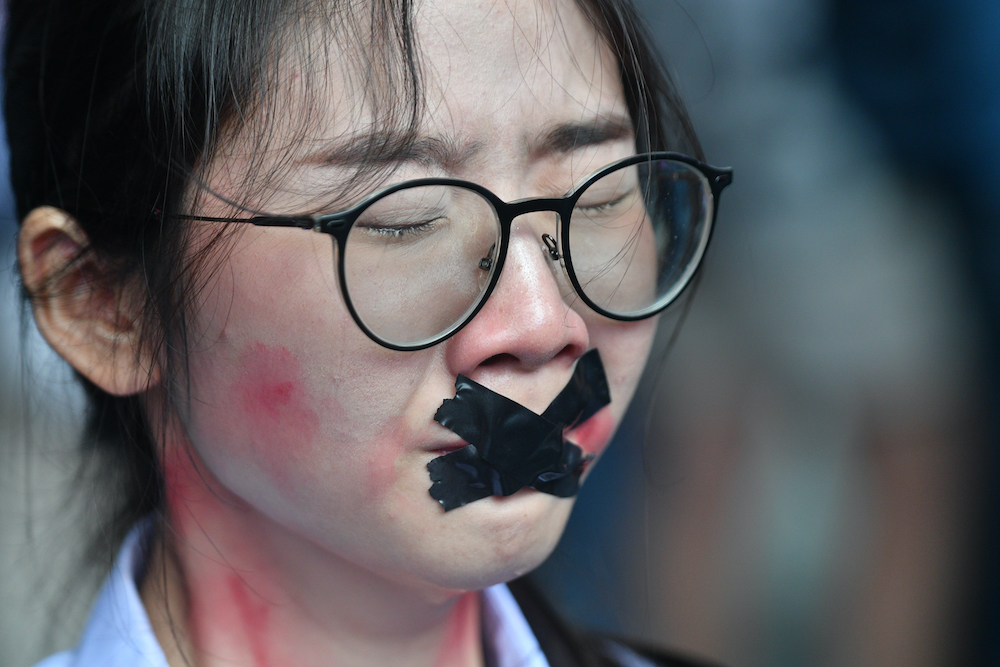 A protester portraying a victim of abuse at school grimaces during a ‘Bad Student’ rally in Bangkok on 21 November 2020. 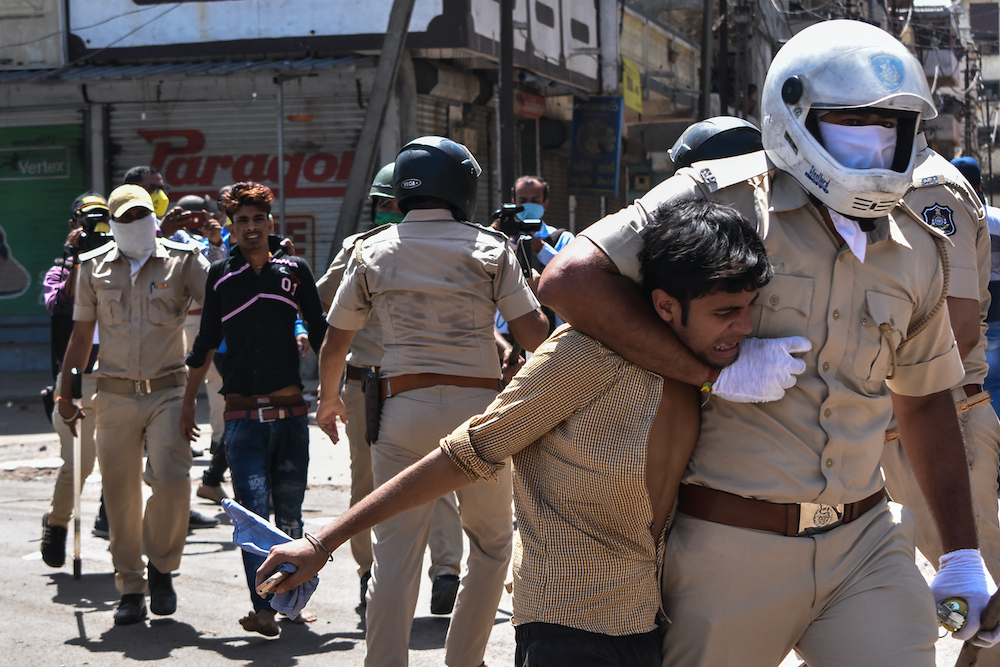 Police detain stranded migrant workers in Surat during a nationwide coronavirus lockdown on 4 May 2020. 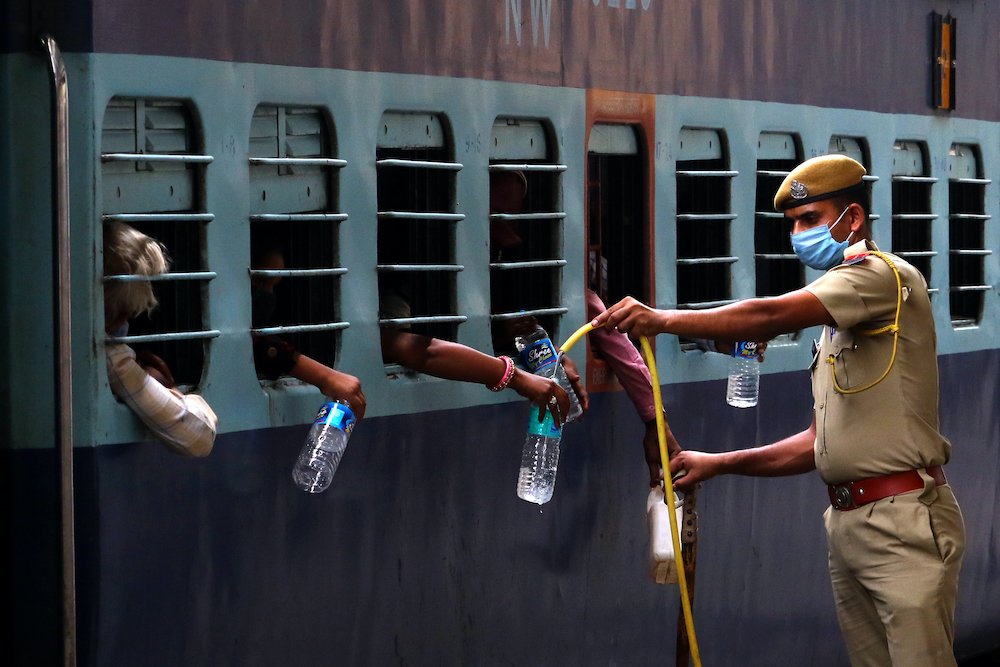 A policeman fills up bottles with water for migrant workers in Ajmer after the government eased a nationwide lockdown on 18 May 2020. 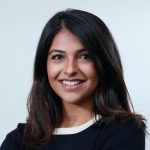 Rhea Mogul is a Hong Kong-based journalist interested in gender issues and minority rights. Her work has appeared in a number of publications including Forbes.com, Hong Kong Free Press and South China Morning Post.