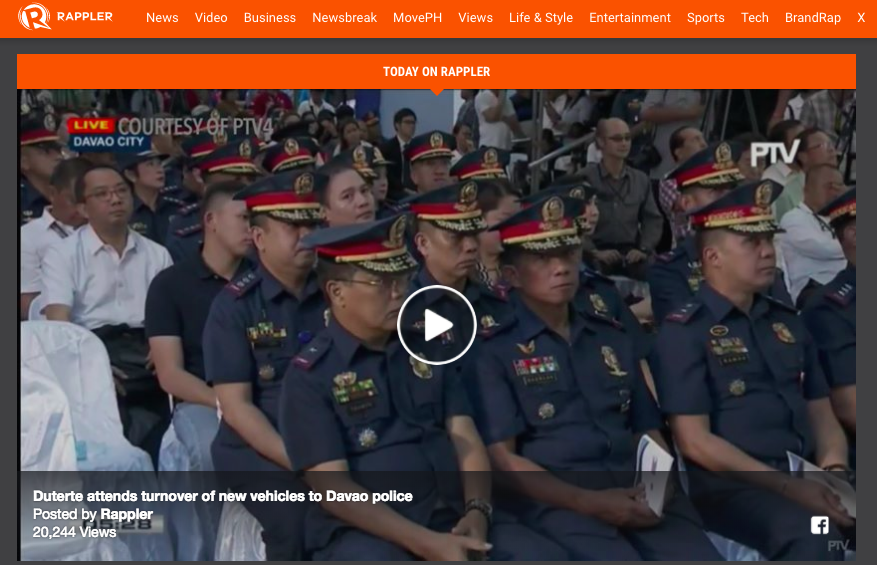 The Foreign Correspondents’ Club, Hong Kong, is appalled at the move to close Rappler, a news organisation which has proved to be a brave and independent voice in the very challenging context of the Philippines since the election of President Rodrigo Duterte.

The Securities and Exchange Commission said on Monday that it had revoked Rappler’s operating licence because it violated the country’s restrictions on foreign ownership of domestic media.

Rappler has defied Duterte’s threats and intimidation to expose corruption within the police force, which has led the deadly crackdown against drugs, as well as in government ranks.

Rappler has rejected the ruling which it describes as “pure and simple harassment, the seeming coup de grace to the relentless and malicious attacks against us since 2016″. It will file an appeal within the next two weeks.

The order for Rappler to be shut down is part of a broader trend by Duterte to silence his critics. Duterte laid the foundations for his campaign of intimidation against the media shortly after he was elected in 2016 when he told reporters that some could be legitimately killed.

“Just because you’re a journalist you are not exempted from assassination, if you’re a son of a bitch,” he said at the time.

The Rappler shutdown marks a dark day for press freedom and democracy in the Philippines. We call on the authorities to reverse the decision and allow Rappler and other media outlets to operate freely and safely.

The FCC stands with Philippine media groups, including the National Union of Journalists and the Foreign Correspondents Association of the Philippines, which have denounced the Rappler ruling.

And it salutes the journalists who work in extremely difficult conditions to cover the threats to democracy and press freedom in their country.