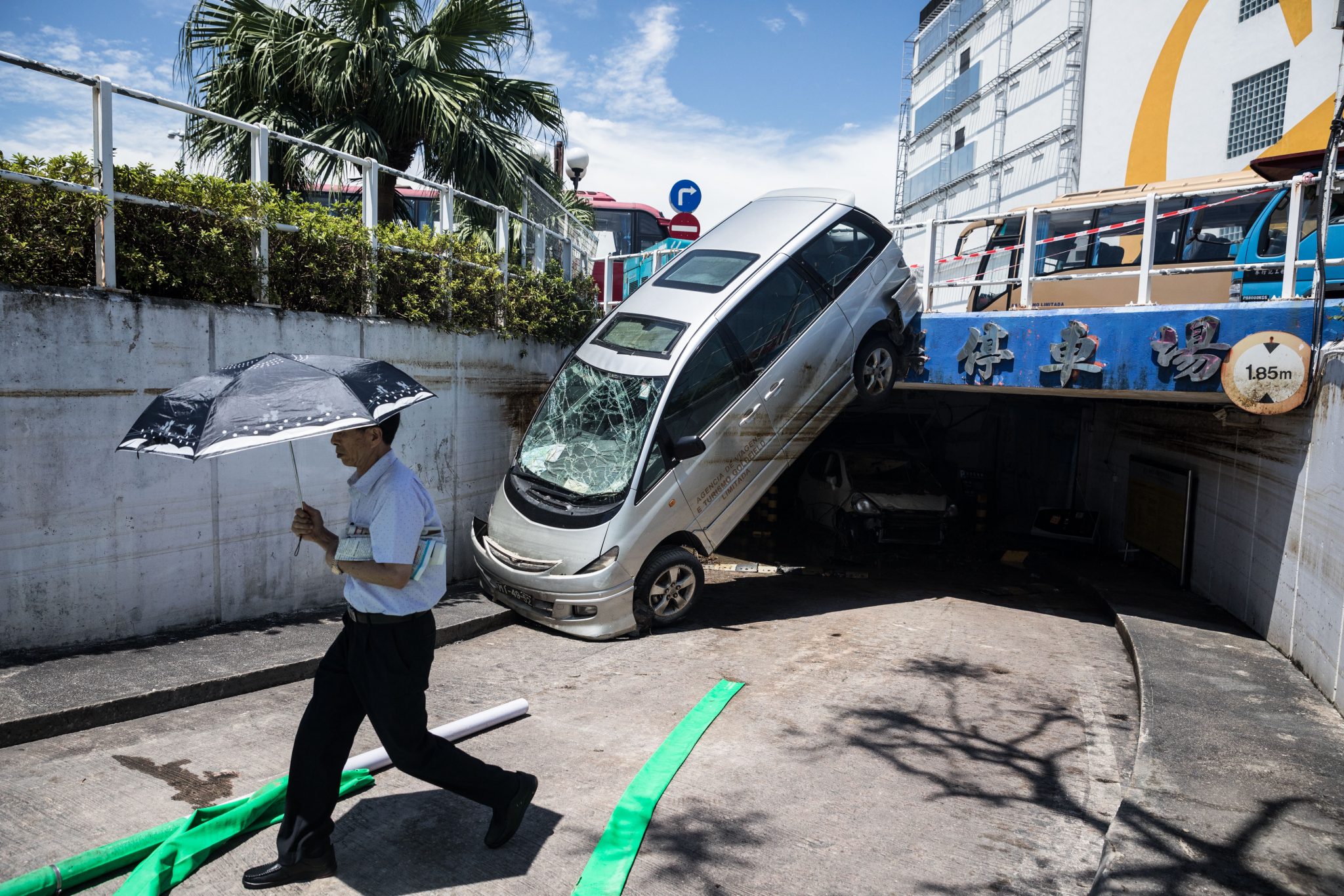 A man walks past a damaged car in the aftermath of Typhoon Hato in Macau on August 26, 2017. Photo: AFP/DALE DE LA REY

The four journalists, one from HK01, one from South China Morning Post and two from Apple Daily, were trying to cover the clean-up work in Macau after the enclave was heavily hit by the Severe Typhoon Hato.  On their arrival at Macau, they were refused entry by the immigration officials. Citing the ‘Internal Security Law’, they claimed the four Hong Kong journalists “posed a threat to the stability of the territory’s internal security’.

HKJA and HKPPA reiterated that the four journalists were carrying out news reporting duties and had followed proper procedures in entering Macau. They were not trouble-makers. It was unreasonable for the Macau authorities to say they posed a threat to internal security.  A number of Hong Kong journalists had been rejected entry to the Macau in recent years. We have expressed deep regrets over the Macau authority’s arbitrarily restrictive immigration policy.

HKJA and HKPPA urge the Macau government to draw up reasonable entry and exit criteria, and call on the Hong Kong Immigration Department to maintain regular communication with the Macau authorities to ensure the normal entry and exit of travellers who hold Hong Kong travel documents.

HKJA and HKPPA express our deepest condolences to families of victims and all those affected by the severe typhoon.  We wish all those who were injured a speedy recovery.