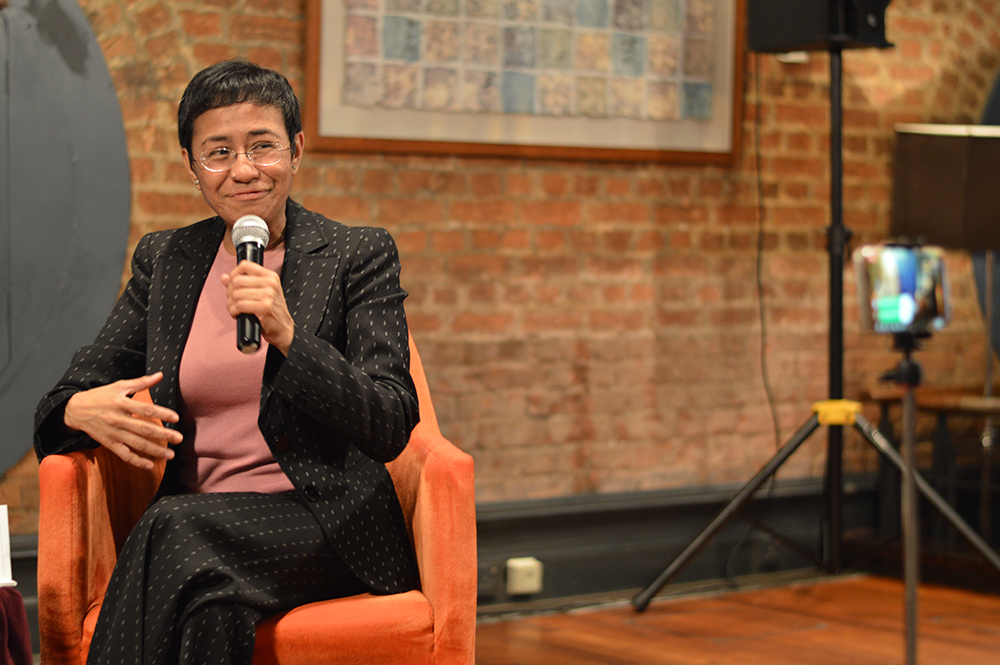 A court in Manila sentenced them to up to six years in jail but they can appeal the verdict.

“The FCC is gravely concerned about the precedent this sets and the possible chilling effect on the press in the Philippines and across the region,” said FCC president Jodi Schneider. “Press freedom, already endangered in the Philippines, is now further undermined with this high-profile verdict.”

Ressa, executive editor of news website Rappler.com, was arrested last year over an allegedly defamatory article published in 2012 which linked a businessman to trafficking and drug smuggling. She denied charges of cyber libel, calling them “baseless”. The move came several months after a warrant was issued for her arrest on seven charges of tax fraud — a case she called “politically motivated”. Rappler has been a frequent critic of President Rodrigo Duterte and his administration.

Ressa co-founded Rappler in 2012 and turned it into one of the region’s most influential media outlets, even as the Philippines government arrested her and made efforts in the courts to silence her and the publication.

With a career in journalism spanning more than 30 years in Asia, she has won multiple awards for her work, including the 2018 Gwen Ifill Press Freedom Award from the Committee to Protect Journalists. In December 2018, Ressa was named a Time Person of the Year, and most recently was chosen as among Time’s 100 most influential people of 2019.

She has been a regular speaker on press freedom at FCC Hong Kong events.

The conviction of Ressa under the Philippines’ 2012 cyber libel law confirms widespread fears it would be used against online journalists and would harm the freedom of the press in the country. The law allows for up to 12 years in prison for a conviction of cyber libel, and cases can be brought as many as 12 years after an article or post, posing grave risks to journalists who wish to report and write critically on those in power.