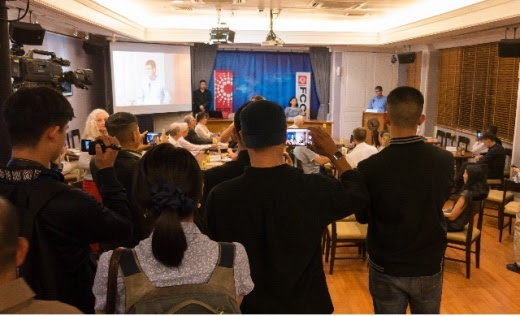 The report last month by UN investigators detailed atrocities committed against the country’s Rohingya minority, among others, and called for military leaders to face international justice.

Stifling reporting in Thailand on the United Nations Independent International Fact-Finding Mission on Myanmar has a negative effect on press freedom across the region.

The following is a statement from the FCCT:

The professional membership of the Foreign Correspondents’ Club of Thailand is deeply disappointed by the decision of the Thai authorities to shut down a planned discussion about a hard-hitting report by the United Nations Independent International Fact-Finding Mission on Myanmar released last month. The report recommended prosecution of Myanmar’s military leaders for alleged genocide, crimes against humanity, and war crimes in ethnic minority areas.

In a letter ordering the FCCT to cancel the event, the Thai police stated that the discussion might be used by ‘third parties’ to cause unrest and endanger national security. There are no grounds whatever for such suspicions. The club has regularly held orderly and informative panel discussions on current affairs for over 62 years, and these have never led to any unrest or subversion. The FCCT has also hosted dozens of events on Myanmar over the decades, and these have generally contributed to a better understanding of the country and its relations with others in the region.

The professional membership of the FCCT believe the Thai authorities have overreacted. This incident has caused unnecessary further harm to the country’s already dented reputation for media freedom — Thailand was once one of the freest countries in Southeast Asia with a vibrant press.

For the record, this is the sixth programme cancelled at the FCCT since a coup was staged in 2014 and the country became subject to military rule.