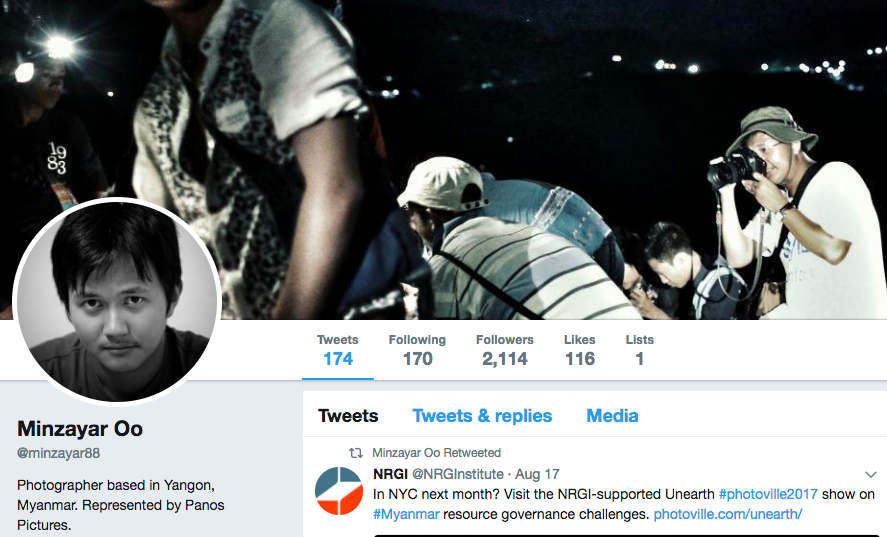 The Foreign Correspondents’ Club of Hong Kong and the Editorial Committee of The Society of Publishers in Asia (SOPA) are deeply concerned about the detention of photojournalist Minzayar Oo and his assistant Hkun Lat, Myanmar citizens who were on assignment in Bangladesh for GEO magazine to cover the Rohingya crisis. We call on Bangladeshi authorities to immediately release both of them.

Minzayar Oo and Hkun Lat were assigned by GEO magazine because of their professionalism and their journalistic integrity. Minzayar Oo is an internationally renowned, award winning photojournalist, whose work is published widely and has been recognised by some of the world’s most important journalism awards.

The pair were detained more than a week ago in Cox’s Bazar, where around 400,000 Rohingya have sought refuge since August from the fresh violence in Myanmar’s Rakhine state.

Their lawyer told AFP that they were charged with “false impersonation” and providing “false information” after police accused them of using the cover of tourist visas to enter the country, instead of journalist visas.

“They were collecting information on the Rohingya for Myanmar,” he said.

The Committee to Protect Journalists (CPJ) said it was unable to get comments regarding the matter from the Cox’s Bazar police immediately. Calls to Ranjit Barua were unanswered, and police did not respond to email promptly.