The FCC has expressed its concern about the dismissal of Ming Pao’s Executive Chief Editor, Keung Kwok-yuen, with the explanation that his departure was part of a cost-cutting exercise.

Mr Keung is a veteran journalist who has spearheaded the coverage of many controversial topics in Hong Kong, and there is public concern about his removal. We believe the public deserves a full explanation of the reasons for the decision.

As such, the FCC will take part in the rally organised by many journalist groups to the offices of Ming Pao at 2:30pm on May 2nd. We will show our solidarity with local journalists on this important matter that goes to the heart of Hong Kong’s press freedom.

Please join us if you can. The attached flyer provides details of the protest. Thank you. 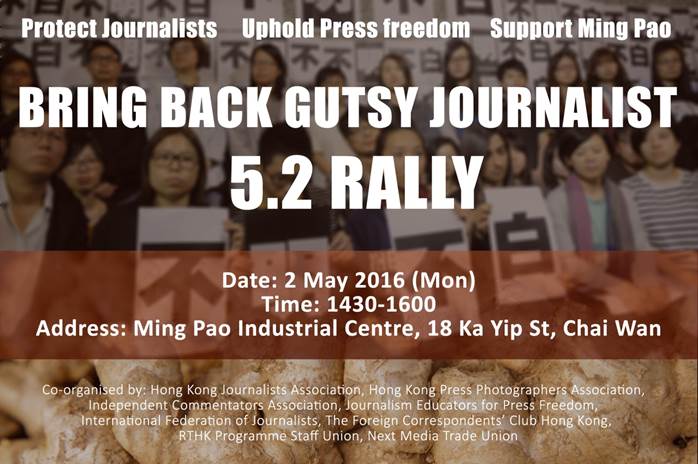