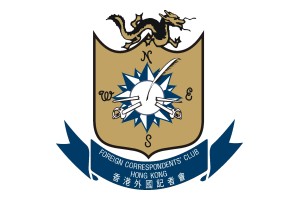 The following is a Visa Survey 2015 Findings issued by the Foreign Correspondents’ Club of China (Beijing) for its members. The FCC (Hong Kong) relays it as a service to the media community; any views expressed are not necessarily shared by the FCC (Hong Kong).

The Foreign Correspondents Club of China has compiled the results of this year’s annual survey of visa issues for correspondents, based on your experiences during the visa renewal season at the end of 2015. We received 142 responses (including 35 from non FCCC members), up from 127 last year. To those who participated, thank you for your help.

In general, most correspondents (72%) seeking to renew their press cards received them from the Foreign Ministry within seven working days. About 87% received their new residence visas within the 10 working days that the PSB had said would be necessary. This 10-day window for visas was a substantial improvement over 2014, when the standard wait time was 15 working days. The FCCC notes with appreciation Chinese authorities’ efforts to shorten this wait time.

While less than 4% of respondents reported problems renewing their press cards or visas, Chinese authorities continued in 2015 to abuse the press card and visa renewal process in a political manner, punishing reporters and media organizations for the content of their coverage if it has displeased the government.

The most glaring example of this was the well publicized case of Ursula Gauthier, a correspondent for the French publication L’Obs, who became the first foreign reporter expelled from China since 2012. For a recap of that incident, please see the bottom of this email.

Ms. Gauthier’s case was the most serious incident; however, it was not the only one. The authorities delayed credentials for one correspondent apparently because of displeasure at his network’s coverage of China in 2015.

Another correspondent reported being invited for “tea” by a Foreign Ministry official on the first day of press card renewals.

“The official was very friendly and polite, but still repeatedly reminded me that their colleagues in the Chinese embassy in [a European capital] were ‘very worried’ about me and my reporting, and that I should focus more on reports that ‘support the friendship between our nations.’” — European newspaper reporter

While fewer correspondents reported trouble renewing their press cards and visas at the end of 2015 than in 2014, police and other authorities throughout the past year have persisted in their attempts to discourage correspondents from reporting on sensitive court cases and protests by suggesting that their presence at such events might result in non-renewal of their press cards or visas.

“Reporting on the Fanya Metal protests in front of CCTV, an officer asked me to leave the place, reminding me politely that ‘we will see you again at window 26 in the PSB (Public Security Bureau) office.’ ” — European reporter

“The Foreign Ministry routinely issues vague threats that our ‘relationship’ will suffer if they dislike our coverage.”

One correspondent reported being intimidated by a request from the PSB to give a detailed account of his/her whereabouts over the past months.
“I was asked for (a) rundown of everywhere I had reported from in China, and indeed the region, since arriving in China, while (the officer) appeared to be checking information on his computer. … Journalists should be allowed to report their stories without having to explain themselves to a policeman afterwards. I was also asked in detail about aspects of my CV, and previous postings. I do not see how this is relevant to my work within China.”

Because the visa waiting time was shortened this year, fewer correspondents reported that their work was interrupted by the obligation to deposit their passports with the PSB during the visa processing period. And in an improvement from recent years, authorities in 2015 appeared more amenable to requests to fast-track or expedite visas and press cards.

A majority of the 18 correspondents who sought expedited service for personal or professional reasons reported that they were able to receive it.

Still, one-third of respondents said the 10-day visa waiting time affected their work (down from 46% in 2014, when there was a standard 15-day waiting period). China-based correspondents who cover multiple Asian countries reported being highly inconvenienced.

“Our bosses in New York were interested in a story in Hong Kong at the time and we could not travel there.” — American broadcaster

“I had considered a trip to Taiwan to prepare for the election there but could not go.”

“I have to inform [my head office] that I am unable to travel during this time, which is a massive problem given that we cover the entire Asia region. This leaves us very exposed during this time, and prevents me from being deployed on stories, disadvantage get me against colleagues based outside China, and affecting our ability to respond to stories across the region.”

“When we’re stuck in China during the visa renewal process – other teams have to cover Asia (our beat) or in some cases we just don’t cover stories in the region because we can’t leave the Mainland.” — American broadcaster

The PSB issues a temporary yellow document that is supposed to substitute for a passport for domestic travel and other business within China; however, this document is routinely greeted with suspicion by police, hotel and airport personnel, and is not recognized at banking institutions. Said one TV journalist:

“During the Pu Zhiqiang trial coverage, a policeman said the yellow form was not officially valid ID in China. I explained it was, and he refused. Later, after sneaking past the first one, a second police officer accepted it as ID.”

“Traveling to Xinjiang during this period, the airport and hotels were unfamiliar with the yellow paper.”

Others reported they were unable to complete routine banking and insurance tasks without their passports.

“I was unable to change money.” — European broadcaster

Some 94% of survey respondents said visa applications by journalists intending to take up existing posts in China (replacing an outgoing correspondent) were approved in three months or less by the Chinese embassies concerned, and over 73% were issued in less than two months. Though this marks an improvement in an area about which the FCCC has long complained, we still believe that this process should not take longer than 30 days.

The FCCC remains gravely concerned, however, that multiple organizations continue to face extensive delays – some lasting years – to be issued visas for their designated correspondents. Even more troubling, a number of these organizations fear that speaking publicly about this treatment will only result in reprisals or worse.

In one case, a journalist from a Japanese newspaper was named as the publication’s Beijing bureau chief and applied for J-1 visa in 2013; after two years of waiting to receive the visa, the journalist in 2015 was assigned to a new position in Japan. The newspaper named a correspondent already in China to the bureau chief position.

Problems persist for those who apply from abroad for J-2 visiting journalist visas. The survey found multiple occasions on which journalists were obliged to abandon plans for reporting trips because of lengthy delays in the provision of J-2 visas.  The full number of cancellations is unknown, but we believe it may be much higher given that journalists applying for J-2 visas are typically based outside China and therefore aren’t FCCC members.

If the Chinese government wants foreign media to locate their Asian Regional headquarters in Beijing, it should ensure that correspondents are free to travel region-wide as and when they need to, and that colleagues from abroad can travel here easily to provide supplementary coverage or vacation relief.

The FCCC notes with appreciation Chinese authorities’ announced intention to modify the press card and visa renewal process in 2016, allowing for earlier renewals.

About the expulsion of Ursula Gauthier

As the FCCC noted in December 2015, Ms. Gauthier was harshly criticized  in the state-controlled media following an article she wrote on Xinjiang. She became the target of numerous death threats, with her picture and address published and distributed online.

According to Ms. Gauthier, the Chinese authorities issued an ultimatum to her, insisting that in order to renew her press card and visa, she must–among other things–apologize publicly, state publicly that she did not support terrorism and distance herself from foreign NGOs and media who presented her case as “an infringement of press freedom in China.” Failure to comply would result in the denial of accreditation.

Ms. Gauthier decided she could not comply with such an ultimatum. Chinese officials responded by accusing her of “flagrantly championing acts of terrorism and the brutal killing of innocent people.” Ms. Gauthier left China at the end of 2015.

As the FCCC stated at the time, receiving criticism is a normal and necessary part of journalistic work, but this was neither proportionate nor reasonable. Insinuating that Ms. Gauthier supports terrorism was a particularly egregious personal and professional affront with no basis in fact. The FCCC views this incident as a most serious development and a grave threat to the ability of foreign correspondents to work in China.

*About the survey:
The survey was sent to 177 FCCC 2015 correspondent members and 351 non-members in January 2016, of whom 142 replied. Figures indicate absolute number of responses, unless otherwise indicated. When percentages are used, they reflect all respondents to that specific question. Not all respondents answered every question. Please note that non-members were not surveyed in the previous year. Data may be used if credit is given to the Foreign Correspondents’ Club of China (FCCC).
The Foreign Correspondents Club of China is a Beijing-based professional association comprising more than 160 correspondents from 33 countries and regions. Contact: [email protected]. Website: www.fccchina.org.