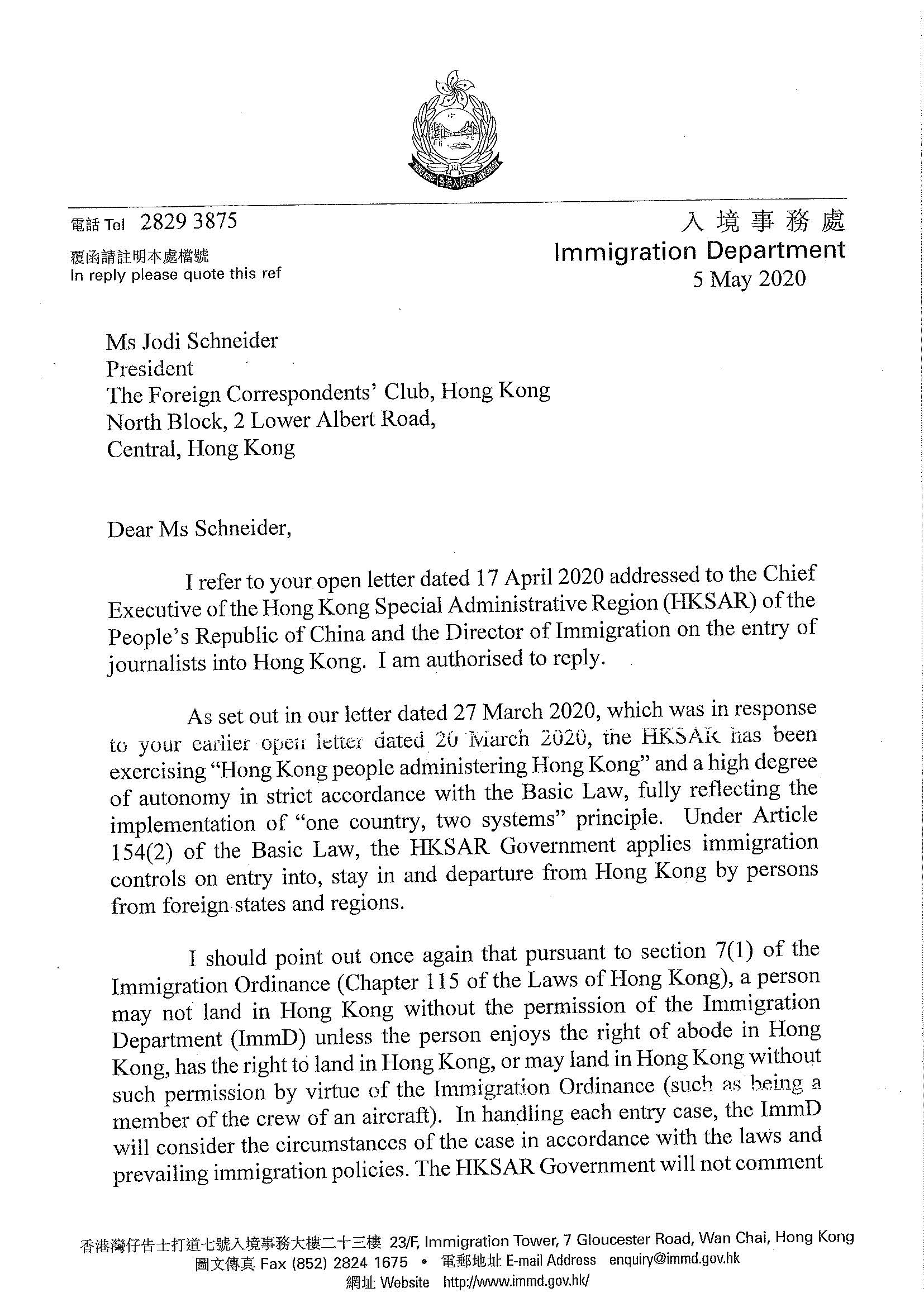 On 20 March, the FCC wrote to the Hon Carrie Lam Cheng Yuet-ngor and the then Director of Immigration, Erick Tsang Kwok-wai, requesting answers to questions around the expulsion of some U.S. journalists from China and their visa status in Hong Kong. This has serious implications for press freedom in the city. On 17 April, following the government’s 27 March response, we made a further request for urgent clarification via a second letter. Today we publish the government’s latest response. 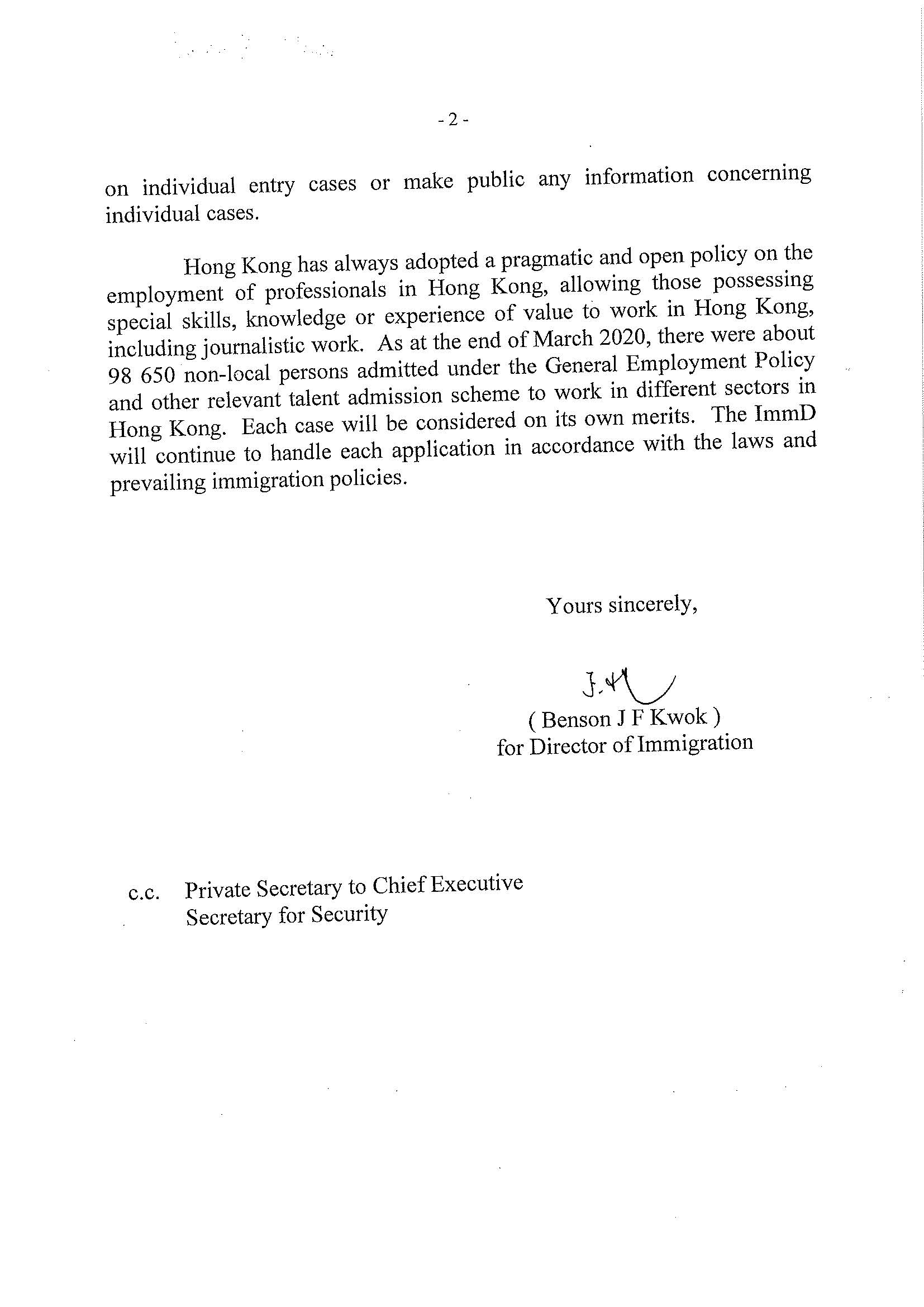 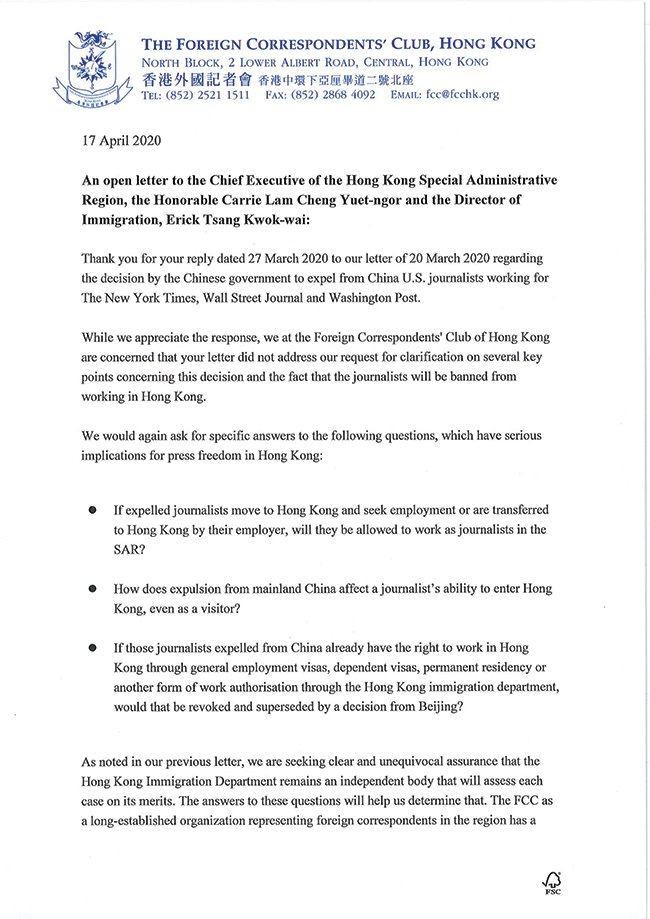 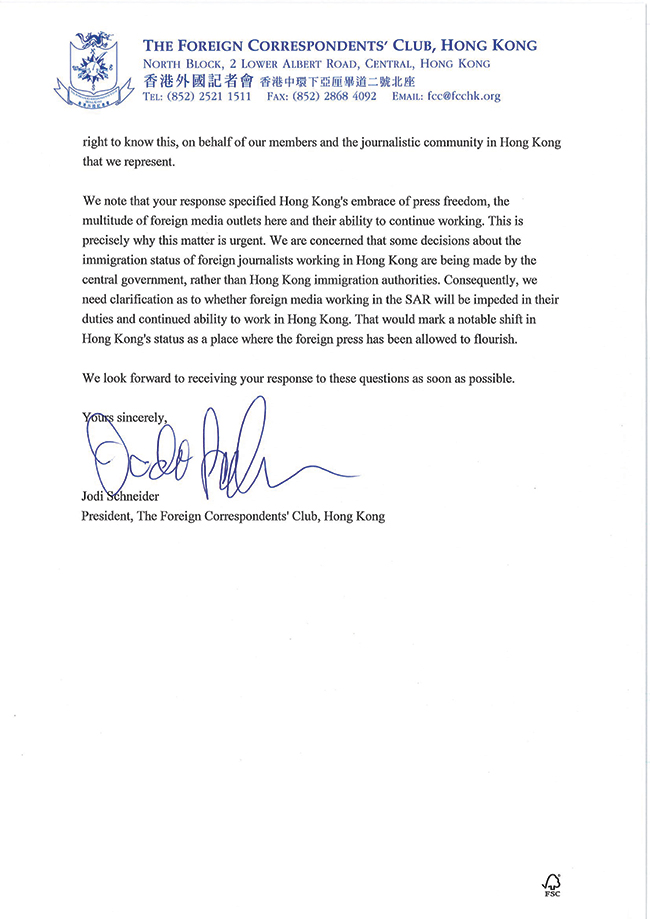 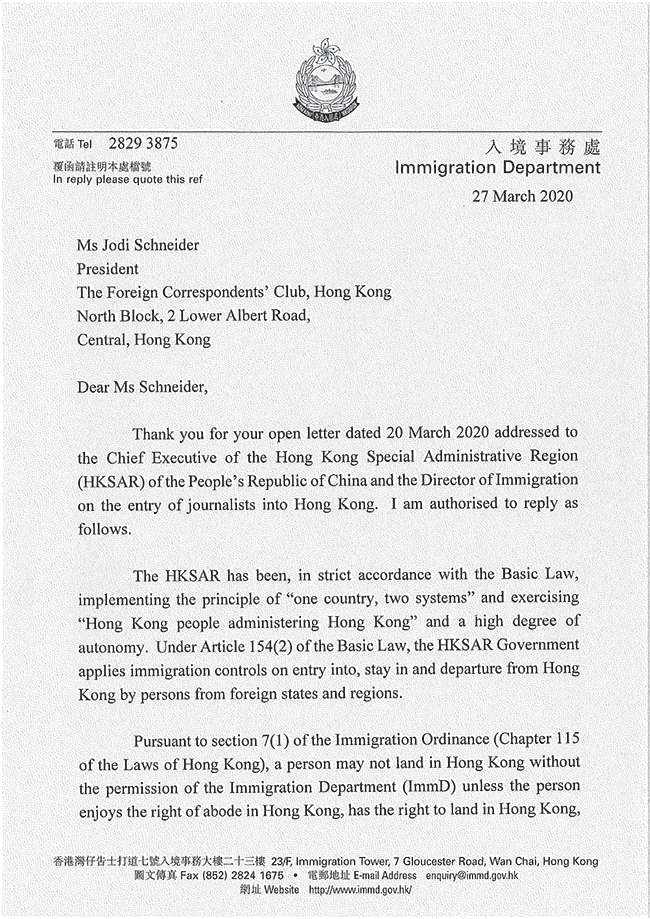 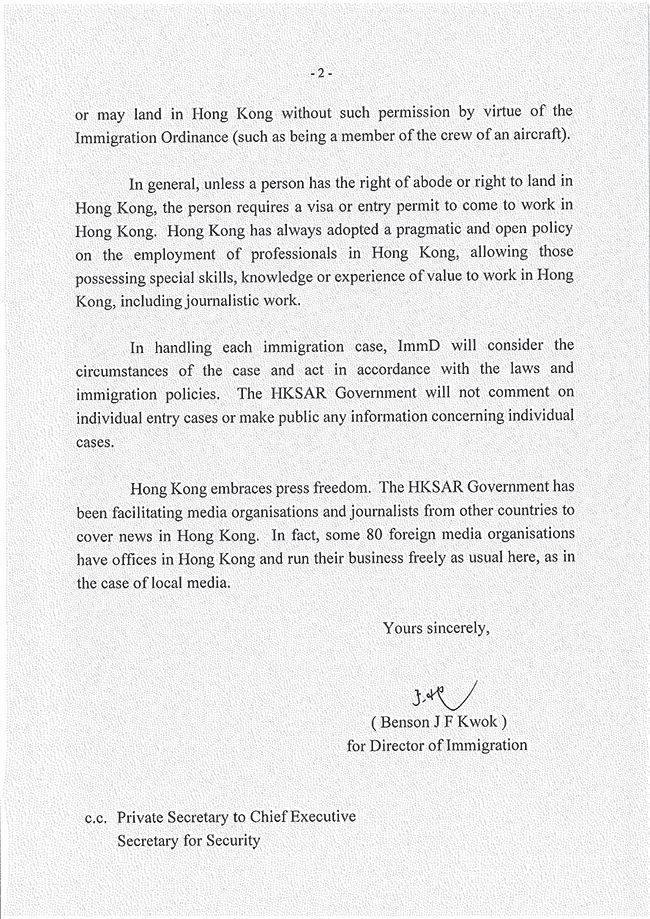