News News So much at stake if Rappler... 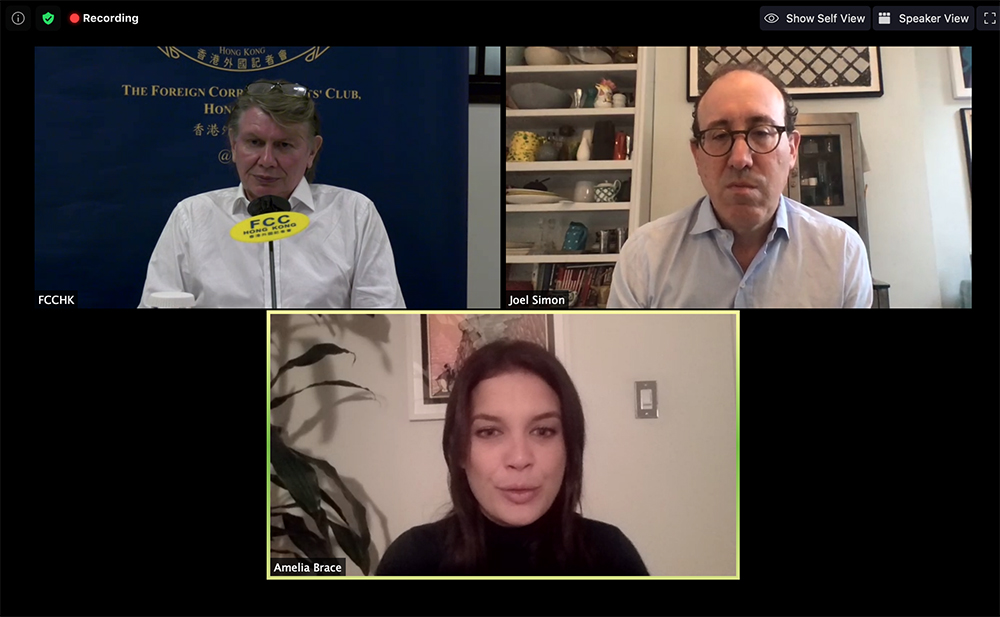 So much at stake if Rappler’s Maria Ressa is jailed, says leading press freedom advocate

Joel Simon, executive director of the Committee to Protect Journalists (CPJ), told an FCC webinar that the full force of the press freedom movement was being deployed to protect Ressa, who was sentenced to six years in prison by a Philippines court on June 15 for cyber libel. Ressa and Rappler’s reporting has been critical of President Rodrigo Duterte’s government.

Simon, a friend of Ressa, said her conviction would have far-reaching consequences and that it was crucial to prevent her being jailed.

“We have to win because if we do not win, if we cannot keep Maria Ressa out of prison, then every tyrant and every repressive government will feel that they can act against journalists without consequence. So much is at stake. It’s an absolute Waterloo moment for the press freedom movement,” he said.

Joining Simon on the June 18 webinar on the growing threats to journalists during the recent Black Lives Matter protests in the United States was Australian journalist Amelia Brace. The US correspondent for Australia’s Seven Network was attacked along with her TV crew by police just yards from the White House as the area was cleared to make way for a presidential photo opportunity. Footage shows how cameraman Tim Myers was injured when a police officer in riot gear hit him with a shield before punching the camera. Brace was struck several times across the back with a baton and hit by pepper balls ahead of President Donald Trump’s walk from the White House to nearby St. John’s Church.

The video of the attack has been watched on the network’s video channel more than 8 million times. Australian Prime Minister Scott Morrison described the incident as ‘troubling’ and called for an investigation.

“It was a terrifying moment and quite a violent moment as a journalist,” Brace admitted. “The heavy-handed approach by police was completely disproportionate.”

Simon added that the CPJ’s U.S. Press Freedom Tracker had documented more than 400 attacks on journalists by police in the United States since the protests began. He said he believed that the militarisation of the police force was the dynamic that accounted for the significant rise in attacks on credentialized reporters covering the nationwide demonstrations.

“This is how the police in the United States are trained,” he said.