The Foreign Correspondents’ Club of Thailand (FCCT) has expressed concerns over the “new risks” to journalists covering the unrest in Thailand and called on the authorities to “respect the role and responsibilities” of all media. Below are the FCCT’s statements in full.

The FCCT released the following statement on October 18, 2020.

As protests continue in Thailand, the FCCT is concerned about the safety and security of all involved, including members of the media – both foreign and Thai. In particular provisions of the new emergency decree place vaguely defined criteria for news coverage that could see journalists arrested for simply doing their job. The arrest, albeit temporary, of a Thai journalist on Friday night highlights the new risks for media in covering events. The FCCT urges the authorities to respect the role and responsibilities of all media in Thailand.

The FCCT released the following statement on October 19, 2020. 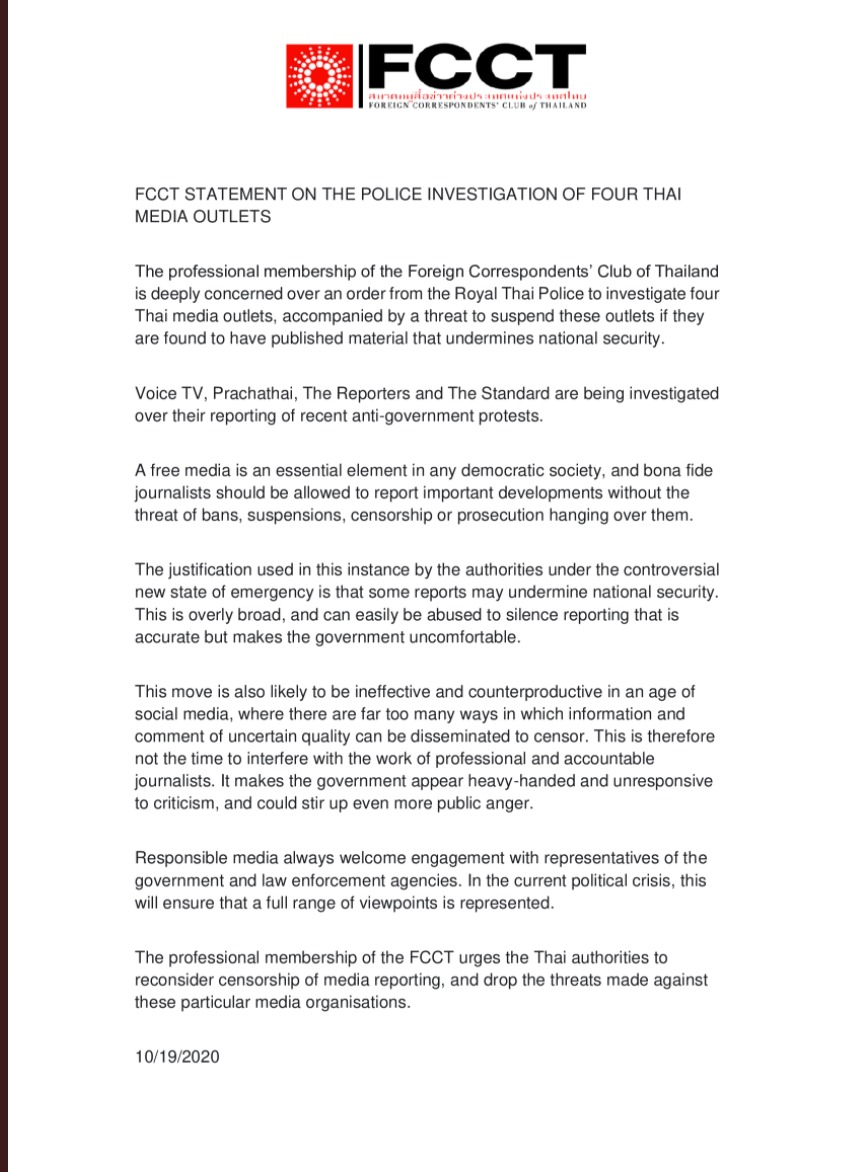