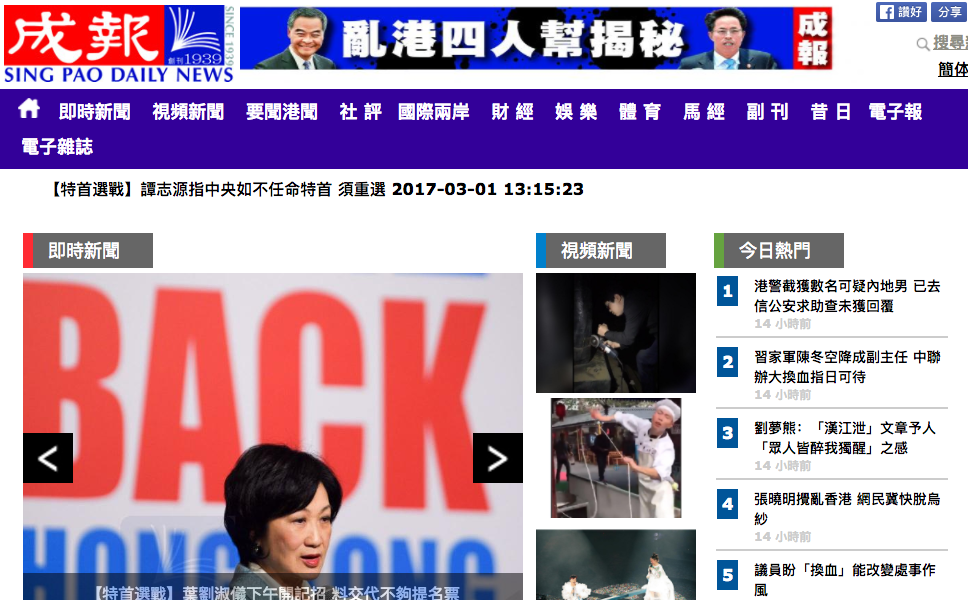 The Hong Kong Journalists Association and the Foreign Correspondents’ Club of Hong Kong strongly condemn the escalating violence and threats against Sing Pao Daily and its staff.

The campaign of terror, which has been going on for more than a week, is on the surface an outrageous attempt to silence the paper.

One of its senior editors had his house door smeared with red paint yesterday. This followed the shadowing of its senior staff; posting of threatening posters outside an employee’s home; flooding of hate phone calls and emails to its editorial team and attack on its website which is now down.

It is unthinkable that these incidents are happening despite three earlier reports made to the police by the newspaper’s management.

This is an outright challenge to law and order in Hong Kong as well as a threat to press freedom which is enshrined in the Basic Law.