News The Correspondent Battle is on to stop 25-sto... 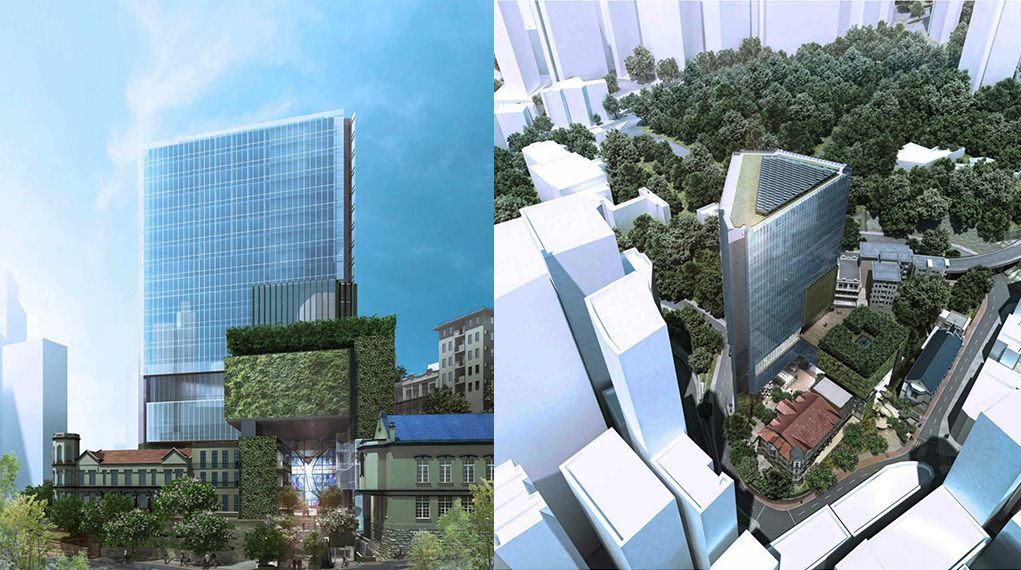 Across the road from The Foreign Correspondent’s Club is the Bishop’s House, a heritage landmark with a distinctive octagonal tower, writes John Batten.

Artist’s impression of proposed 25-storey hospital at the SKH site.

Dating from 1843, it is one of Hong Kong’s oldest colonial buildings and housed the original St Paul’s College. Despite its bona
fide heritage credentials, it has only been accorded a Grade 1 heritage grading by the Antiquities Advisory Board, rather than the higher ‘Monument’ status – a heritage grading ensuring its full preservation and protection from demolition.

A long land lease for this site was granted to the Hong Kong Sheng Kung Hui (SKH or Anglican Church) in the first year of British rule in Hong Kong. This lease allows the SKH to operate a theological college, a school, St Paul’s Church, a hospital and provide staff accommodation.

For over 160 years, Bishop Hill has been home and office of the Bishop of Hong Kong, the most senior Anglican cleric in the city. The Bishop’s home is sited mid-distance between the former Government House, now-Chief Executive’s House, and St John’s Cathedral.

It occupied a traditionally strategic and symbolically important position in the colonial pecking order: Government Hill with its (former) Central Government Offices and government decision-makers were just across the road.

Following the controversial demolition of the ‘Star’ Ferry building in Central in 2006 and the success of the Central & Western Concern Group’s advocacy to preserve the modernist PMQ buildings, the government was pressed to formulate a heritage policy for the city’s Central district.

In 2009 the Development Bureau announced its Conserving Central policy of “eight initiatives to preserve many of the important cultural, historical and architectural features in Central while adding new life and vibrancy to the area”. The SKH site was one of those initiatives.

In 2011 it was announced that Bishop Hill would include a redeveloped 18-storey community centre (on the site of the former Central Hospital) and relocation of the church’s theological college and kindergarten, now operating inside St Paul’s Church, to a property owned by the SKH on Mt Butler. 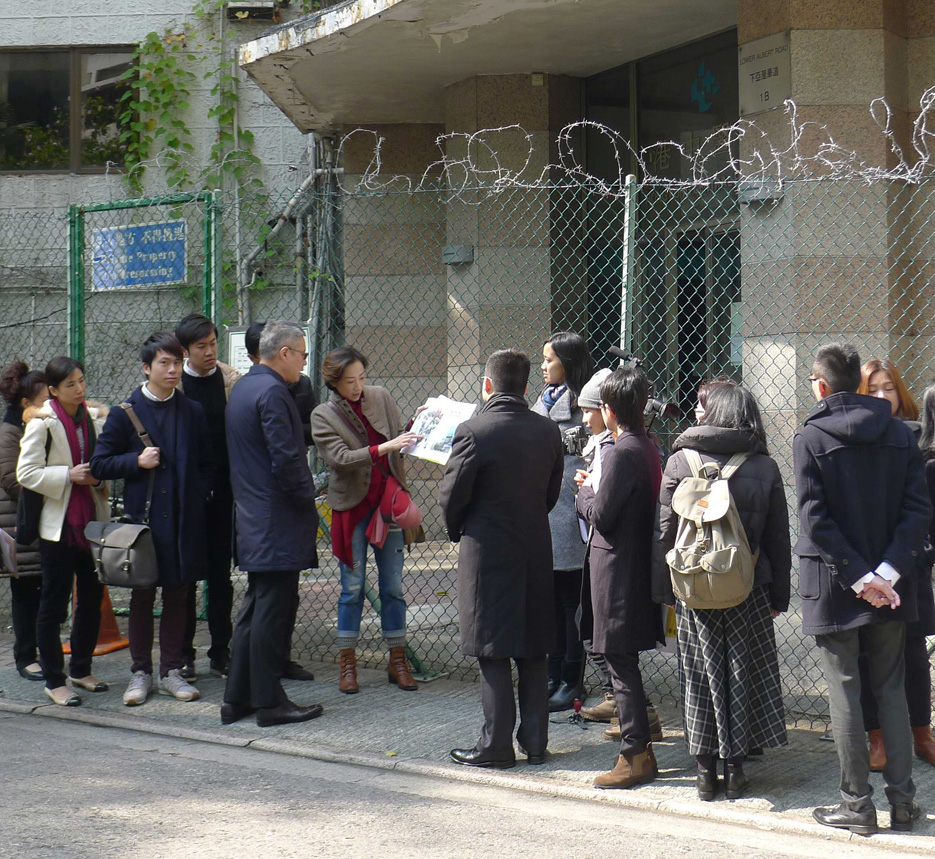 However, this plan was stymied by strong opposition from the well-heeled residents of Mt Butler. They argued, among other considerations, that there would be greater traffic congestion if the kindergarten were relocated.

In 2017, documents were tabled to the Central & Western District Council outlining a new initiative for the site by the SKH. A few months later, illustrated plans for a 25-storey “non-profit-making private hospital” were unveiled with the new hospital closely wedged between the site’s historic buildings and covering the site’s grassed areas.

This huge building would straddle the entire Bishop Hill, running uphill between Lower Albert and Upper Albert Roads. The SKH’s proposal includes car parking facilities and a new run-in/run-out entrance on Lower Albert Road, with little consideration for pedestrians and current traffic congestion. This plan was presented with no prior discussion with the public.

The proposed hospital is out of proportion to the site’s other low-rise heritage buildings and adjacent heritage buildings, including the Chief Executive’s House and the FCC. This development will have a detrimental visual impact on a unique heritage corridor that begins at the low-rise FCC building and ends at St John’s Cathedral and the former Court of Final Appeal – both heritage buildings accorded Monument status.

Heritage and conservancy groups have again come together to object to the SKH’s Bishop Hill redevelopment. Under the umbrella of the Government Hill Concern Group, which previously successfully campaigned for the retention of the West Wing of the former Central Government Offices when it was threatened with demolition, a pre-emptive planning application has been filed with the Town Planning Board.

The application has a simple proposal: that any redeveloped hospital be of the current hospital’s 6-storey height and footprint and that the entire Bishop Hill site and its four heritage buildings are preserved and treated with respect within a new statutory heritage zoning encompassing a heritage corridor that also includes the former Central Government Offices and St John’s Cathedral. Determined public support for this proposal will ensure that ‘Conserving Central’ lives up to its promise! n